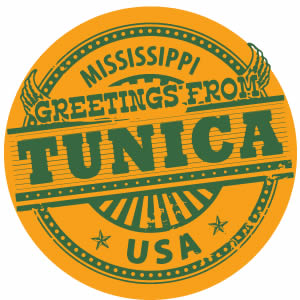 Well, this wasn’t the first time something like this happened in the poker world, as a similar situation arose way back in 2000 and on a much grander scale when displaced Binion brother Jack launched the Jack Binion World Poker Open in Tunica, Mississippi, a tournament series designed to compete with the World Series of Poker which was now under the control of his sister, Beckey Behnen-Binion.

Without rehashing how Jack ended up in Mississippi (you can read that story from someone who lived through it here) let’s just say the Binions were not a cohesive family, and the World Poker Open wasn’t just some tournament series; it was meant to steal the WSOP’s thunder and Jack most likely had long term ambitions of relocating the biggest tournament series in the world to Mississippi under a new name.

The crazy thing is, had other events (the poker boom and the 2003 WSOP) not interfered Jack Binion may very well have succeeded!

Furthermore, the success of the WPO likely played a role in the formation of the World Poker Tour (the WPO was one of the first WPT tournaments) as I’m sure the early investors said, “If it [a big tournament series] can work in Tunica it should work anywhere.”

This is the story of the inaugural 2000 Jack Binion World Poker Open.

Part of the WPO’s success can be traced directly to Jack Binion and the loyalty he commanded from poker pros, chief among them Doyle Brunson.

When the Binions had their falling out in the late 1990’s (and Becky was seen as running the Horseshoe into the ground) Doyle and several other big names actually boycotted the World Series of Poker for several years (from 1999-2002) upset over Jack being pushed out and banished to the deep south.

Side note: I’ve always wondered how many bracelets Doyle could have won in that three year stretch?

Fortunately for Jack and the WPO this meant these same names would come out and support his new efforts, and virtually every big name in poker did just that, as winners from the inaugural WPO included Scotty Nguyen, Phil Ivey, Phil Hellmuth, and TJ Cloutier.

The Jack Binion World Poker Open was modeled on the World Series of Poker. The tournament series featured a total of 18 events running the gamut of disciplines from Stud to Holdem, and even featured a ladies tournament.

The first eight events featured buy-ins of $500 and produced some sizable prize-pools (prize-pools tournament series of today would be envious of) and big paydays. These events were followed by $1,000 and $1,500 buy-in events, which led up to the $5,000 Main Event.

The Main Event attracted 123 players and was won by Ronnie Williams, who outlasted Todd Brunson for the only notable cash of his career.

While it’s not the types of numbers we are used to in the modern poker world, for the year 2000, and for an inaugural tournament series in Tunica, Mississippi, the WPO was a massive success.

So much so that…

The WPO got stronger over the years

Year two of the WPO saw attendance for the Main Event increase to 146 players (won by John Juanda). And by the time the poker boom rolled around, the WPO had joined forces with the World Poker Tour, increased its buy-in to a cool $10,000, and was instantly one of the biggest and most prestigious events on the WPT schedule.

For the next three years the WPO continued to pull in big crowds and continued to crown some very well-known champions:

By 2006 the WPO sorely missed Jack Binion’s leadership (the Binions sold their casino empire to Harrah’s in 2004) and the tournament series was unable to maintain its place as one of the top tournament destinations.

During the height of the poker boom the WPO saw attendance plummet from 512 players in 2005 to just 327 players in 2006. This drop-off can only be attributed to the change at the top – without Jack Binion there wasn’t much reason to travel to Tunica, Mississippi.

By 2009 the WPO was replaced on the WPT schedule and Jack Binion’s challenger to the WSOP fell by the wayside like so many other before and after.