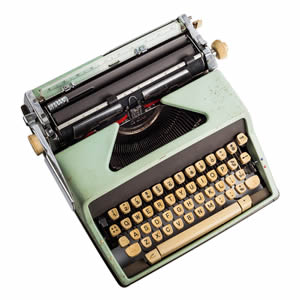 Long before the poker boom took hold, in the “Dark Times” of the 80’s and into the 90’s, the idea of reporting on poker tournaments was seen as a fairly trivial matter, something that only required the who, the what, the where, the when, and the how. 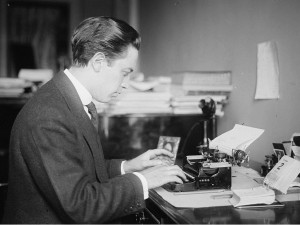 Andy Glazer was the man that gave us the why of tournament reporting and the willingness to comment on poker in general that many current writers take for granted, and in doing so completely flipped tournament reporting on its head. He knew the players and they knew him.

Andy turned poker players into human beings, people that were both interesting and mysterious. Andy is also the person who made poker media jobs a reality others could strive toward.

On some level we all owe a debt to Andy Glazer, poker players and the poker media.

Andy Glazer’s reporting and columns brought poker to life, making you feel as if you were standing behind Phil Hellmuth, Johnny Chan, or Scotty Nguyen watching the action unfold at the final table – or getting some anecdote thanks to Glazer’s familiarity.

Glazer’s love of poker shone through in his reporting, and when he tragically took his own life in 2004, the poker world lost one of its treasures.

The professional life of Andy Glazer

After tossing aside a potential career as a lawyer, Glazer decided to make a go of it as a writer, but as most entry-level writers can tell you, it’s not the easiest career path, nor is it the most lucrative profession in the world.

So, as a struggling writer, Glazer guessed he could rely on gambling (poker) as a source of income.

As chance would have it, and this is about as illogical a meeting as one could devise, Glazer met and befriended the game’s biggest celebrity, Phil Hellmuth, who detailed his meeting of Glazer in a column following his friend’s death:

“Andy and I met at a spiritual place in Northern California called Esalen, a beautiful and magical place located just south of the Monterey Peninsula on the Pacific Ocean with high cliffs, a cascading waterfall, and famous natural hot springs.

So there I was one unlikely night… sitting in a natural springs hot tub when two men sat down and started talking about, of all things, a poker tournament… So I listened in and got a kick out of the whole story. At the end of his long story, and believe me when I say that Andy could talk, I asked if he was talking about poker or backgammon. Andy said, ‘Poker.'”

At the time Andy had no idea he was talking to Phil Hellmuth (this revelation would come out during their ensuing conversation) as Phil bluffed the whole way, setting Andy up for the big reveal. The two would remain good friends until Glazer’s death in 2004.

Glazer eventually landed a job as the official tournament reporter for the World Series of Poker, and later became a Cardplayer columnist. Glazer even landed a job with the Detroit Free Press, wrote several poker and gaming books (including assisting Phil Hellmuth with the writing of Play Poker Like the Pros) and wrote countless columns for many poker websites.

It’s hard to explain Glazer’s first person writing style, and he cannot just be chalked up as another tournament reporter or poker writer, so I’ll let Andy’s words speak for themselves:

Like many poker writers and reporters, Andy fancied himself a winning poker player, and chased that dream (the dream of winning the Big One) until the end.

Perhaps it was Glazer’s angst over never having tasted “real” poker success that brought his reporting to life, as he not only understood the highs of winning, but also understood (perhaps better than anyone else) the cavernous lows players experience when they are eliminated from a tournament.

Andy also carried this angst into his personal life.

It took a while for the full story surrounding Glazer’s death at age 49 to come out, but it eventually did – Andy took his life in July of 2004 and it wasn’t until October of that year that it became public knowledge.

Both Steve Badger (who decided to make the circumstances public)and Mike Paulle (a poignant story about the two sides of Andy) wrote about Andy’s suicide around this time. There is also an old RGP thread discussing it as well.

It’s a shame Glazer wasn’t around to report on the poker boom and the rise of online poker. Without doubt it would have been magnificent.