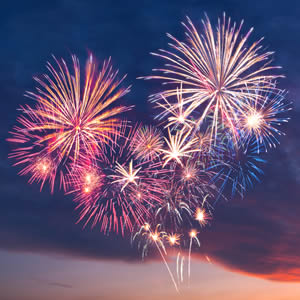 Online poker has come a long way in its 15+ year existence, but even with all of the advancements the online poker rooms of today still look an awful lot like the room that started it all, Planet Poker, in 1998.

In 1997 there was real money gambling on the Internet, there just wasn’t any poker. But that all changed on January 1, 1998 when a site called Planet Poker went live, offering the first real money online poker game, a $3/$6 Limit Holdem table.

Planet Poker’s design and concept has remained virtually intact; while there have certainly been upgrades in both features and GUI, the original Planet Poker software is easily recognizable as an early version of a current online poker site as we know it.

Even Planet Poker’s general rake structure (5% up to $3) is still in place at virtually every online poker room.

The fact that Planet Poker wouldn’t look all that out of place in the modern online poker world, and the amount that has been copied from the site are a testament to its innovation.

This is the story of Planet Poker and the momentous day in 1998 when real money online poker came into being.

Before Planet Poker came on the scene, anyone who wanted to play online poker would have to partake in play money games on what was known as IRC (Internet Relay Chat) in what was essentially a back and forth of messages between the players. IRC definitely evolved over the years, with the technology advancing from typed commands to point and click interfaces over time.

As it advanced, IRC planted the seeds for online poker as we know it, demonstrating the possibilities of what could be done on the Internet.

It should be noted that even though it was for play money, most IRC players took the games very seriously, as it was a way to test theories and experiment with strategies.

Planet Poker was the brainchild of Randy Blumer, who spent most of 1997 testing his prototype poker product and trying to build a player base for his online poker room through advertising.

When the site finally launched there was a small group of early adopters chomping at the bit to take a seat in the first real money online poker games.

It took some time, but after a few months there was enough demand for the site to add more tables (and different variants) and the games started to run 24 hours a day.

And of course Planet Poker had to solve a whole new set of poker-related problems that were never broached in a brick and mortar poker room, from what to do when a player disconnects and is still active in the hand, to how long a player has to act on their hand.

Basically, for Planet Poker everything was new, including the problems.

The one area where Planet was way ahead of its time was in customer service. The site hired several known entities in the poker world to act as liaisons between the site and the players, including Mike Caro and Roy Cooke. So not only did Planet invent the technical side of online poker, they also started the celebrity endorser marketing campaigns.

Part of the allure of Planet Poker was the community of players that coalesced around the site. These were the pioneers of online poker and even though there were more attractive options in the coming years, many stuck with Planet out of loyalty and wanted to see the site and the industry they helped launch succeed.

Planet’s biggest problem was one that is still plaguing the industry to this day, technical glitches.

As the first online poker room Planet didn’t have a model to follow and had to correct bugs as they arose. This constant tinkering not only showed potential competitors how to avoid these same mistakes, but it also opened the door for them when Planet Poker experienced a massive software failure that lasted multiple days in 1999 just as Paradise Poker burst onto the scene – not everyone is convinced this was a coincidence, by the way.

Planet was unfortunately used as a guinea pig of sorts, with them solving the issues and their competitors never having to deal with them.

Planet Poker throws in the towel

After creating the industry, Planet Poker was quickly supplanted by Paradise Poker (which had its own short shelf life) but was still an active, albeit, third tier online poker room until the site eventually ceased real money play in 2007.

The site still lives on as a play money online poker room as well as a subscription based website where it still boasts a close knit community of players.

If you’re a student of poker history, Planet Poker should be held near and dear to your heart.