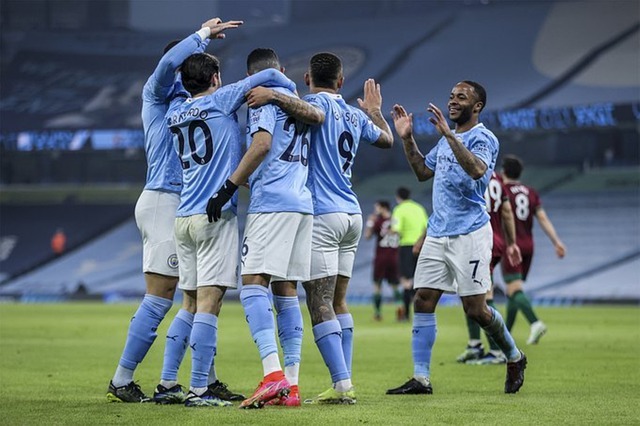 Last week, I did wonder whether we would have any Premier League fixtures to look forward to this week given the impact that Covid infections had wreaked across a number of teams in the EPL, meaning that six of last weekend’s ten games were postponed.

However, despite a number of managers of Premier League teams suggesting that the entire Christmas fixture list period be cancelled, or at least some of the games, in an extraordinary general meeting of teams, the Premier League has decreed that if a team has 13 fit players, provided that one of them is a goalkeeper, that the games should go ahead.

It is, in my opinion, a ludicrously unfair decision, especially for the smaller teams. If you were to take 5 or 6 starters out of the Manchester City, Liverpool, Chelsea or Manchester United teams for example, you could replace them with players of almost equal quality.

However, if you do that to a team like Burnley, Southampton, Newcastle United, Watford or Norwich City, the team would be so weakened and the manager forced to play so many reserve or untried stars that it puts these teams at a big disadvantage.

Regardless of my thoughts on the matter, these games seem to be set to go ahead and as such, we are going to bring you tips on these games assuming that they are all going to take place now that clearer guidance to clubs has been issued.

As always, we will be using odds provided by bet365 Sport for our article and while the odds stated were correct at the time of writing, they may well have changed in the meantime.

If you are based in the United States, then BetRivers Sportsbook offers an excellent range of soccer bets both over the festive period and across the remainder of the season.

After a pulsating 2-2 draw with Spurs last weekend, Liverpool now face Leeds likely with a number of players missing due to illness. Leeds may also have that same issue and their lack of form of late, shipping 11 goals in their last 2 games is a real worry away at Anfield. This should be a comfortable win for Liverpool and they should get a fair few goals. Tip – Liverpool to win 4-0 – 10/1.

I have been very impressed with Wolves in recent weeks, especially defensively where they look so difficult to break down. However, they do need to find a cutting edge, especially in these types of games where picking up three points is so important. Watford for me are looking like relegation fodder and I can’t see them doing anything here. This should be a Wolves win. Tip – Back Wolves to win to nil – 2/1.

Both of these teams recent form is not great, Burnley have lost just one of the last five but four of those games have been draws, while Everton have the same number of points from those games, but via a win and a draw with three defeats. However, I can see some positives for Everton in recent performances and Rafa Benitez won’t be too worried at what Burnley can throw at them physically. As such, I am backing a narrow win for the visitors here. Tip – Everton to win – 2/1.

Leicester City have had a very up and down season this year, but this is a fixture that they won 5-2 last season and they will be hoping for a similar kind of performance and result this year. I can’t see it though as Manchester City are in superb form and they have been sweeping teams aside with ease over the past week or so and I think that is what will happen here. Tip – Take Manchester City to win this game 4-1 at 16/1.

Norwich have now lost their last three games in the Premier League and only Watford have lost more consecutively. It’s not an ideal time therefore for the Canaries to be taking on an Arsenal side that have won all their last three, including putting four past Leeds last week. The Gunners should be very confident in this one and I can’t see any reason why they should not win this game pretty comfortably. Tip – Arsenal to win 3-0 – 10/1.

Spurs earned a point against Liverpool last weekend in what was a superb game of football, but the chances they had will mean Antonio Conte will want more from his strikers. They face another test here against a Crystal Palace side looking much more organised and better defensively than they have in previous years. That said, I can’t quite see Palace doing enough to land the win here and as such, I am going to go for Spurs. Tip – Back Spurs to win and both teams to score at 11/4.

Unfortunately for West Ham, they have hit a poor patch of form in the EPL, winning one of their last five games in the competition and that has seen them drop from third to fifth in the table. They need to get back to winning ways here with a very winnable home game against a Southampton side tough to beat, but who do not win many gams. I think they will do that here. Tip – West Ham to win 2-0 – 9/1.

Steven Gerrard has got this Aston Villa team playing very well at the moment and they have given some very good teams a tough time of late. I can see them doing the same here against a Chelsea side that have been struggling a little to pick up wins of late, especially away from home and as such, this I feel could be one of the Christmas surprise results as I am backing Villa to land the victory here. Tip – Aston Villa to win -17/4

Boxing Day’s late game sees Brighton host Brentford with the Seagulls in the middle of a poor run where they have not won in 11 games. Brentford’s recent form is better with two wins in their last five, but even in their poor run, Brighton have been very tough to beat. With both sides likely to be missing players for this game, I think that both managers will not be too unhappy with a draw here. Tip – Draw – 15/4.

Manchester united have won their last three Premier League games, Newcastle have lost their last three and sit in 19th place in the table having conceded more goals than anybody else in the Premier League (41). By all accounts, this should be a comfortable win for Manchester United, especially when you consider they have won all the last three between the two, three by a 4-1 scoreline, the other 3-1. This should be a victory for the visitors. Tip – Man Utd to win 2-0 (7/1).