Can Ronaldo’s Return Inspire Portugal to a Nations League Win on Home Soil? 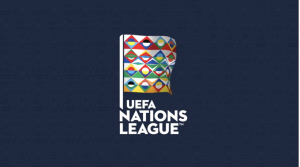 Ronaldo, who himself was putting the finishing touches to a big money move to Juventus, announced that he would not play in Portugal’s forthcoming League games in the new Nations League.

After coming through a group that also comprised of Italy and Poland, Portugal landed top spot in the table and as a result earned one of the four semifinal spots in the tournament. Good news was to follow when UEFA selected Portugal as the host nation for those two semifinals, plus the final and 3rd place playoff game.

Portuguese fans hopes of seeing their team lift another trophy following their Euro 2016 win were further boosted when Cristiano Ronaldo announced that he would make himself available for selection for the semifinals and finals. Perhaps the chance to earn a victory on home soil, that was denied a young Ronaldo when Greece beat Portugal in Lisbon in the final of Euro 2004, being enough to persuade the superstar to return to the fold.

Ronaldo’s return softened the blow of losing leading goalscorer in the league stage, AC Milan striker Andre Silva, due to injury and the fact he has returned has not been lost on the bookmakers who have now got Portugal as the slight favourites, ahead of England, then the Netherlands and lastly Switzerland, to lift the trophy.

Do you fancy a flutter on the tournament? If you do, then bet365 Sport is the place to head. The site offers a wide range of bets on both semifinals as well as the final and third-place playoff games on Sunday. New customers who are not yet a member, can sign up with the bet365 New Player Promotion offer, which gives you a little added incentive to start betting on the site.

So, what are Portugal’s chances of winning on home soil and could Switzerland, the Netherlands or perhaps England be the team to deny them victory in front of their own fans?

Let’s preview each of the four semi-finalists to find out.

Cristiano Ronaldo’s return has given Portuguese fans a real boost ahead of their semifinal with Switzerland, especially with Andre Silva ruled out. Add to that the inclusion of young talents like Benfica ace Joao Felix and Wolves star Rui Neves not to mention established stars like Bernardo Silva in midfield and Pepe in defence and you have the hallmarks of a very talented team not just for this tournament but for several to come.

Portugal are first and foremost rock solid defensively, as all four teams in this tournament at this stage are and even with Ronaldo in attack, I cannot see them scoring too many goals which means they will be reliant on their defence to keep clean sheets if they are to progress.

In truth, that is what I can see happening in their semifinal with Switzerland as I think the Portuguese back line is good enough to deal with the Swiss attack, while on home soil, I do feel Ronaldo and co will get at least one goal.

It is going to be interesting to see whether it is the pragmatic or spectacular Portugal that turn up in this tournament, but my money would be on the first as it is this way of playing that has brought them the most success of late.  – Key Man – Cristiano Ronaldo (Juventus)

Switzerland are the 13/2 outsiders to lift the trophy on Sunday and having been drawn against the host nation, it is easy to see why. Vladimir Petkovic’s team though has shown time and again over the past few years that they are a match for anybody on their day and very strong defensively and they are certainly not going to be an easy task for Portugal to beat.

The Swiss are as pragmatic, if not more so, than Portugal and defensively they are strong, well organised, physically powerful and good in the air. They do lack pace though, but this should not be too big a problem for them given how Portugal are likely to play.

Their main issue could be in midfield where they may struggle to get enough possession to get Shaqiri involved. The Liverpool man may have been a peripheral figure for the Reds over the course of the season, but he is vital to Switzerland’s attack and all their most dangerous moments tend to come through him at some point.

I can’t quite see the Swiss doing enough to get the win against Portugal but I think they will give a good account of themselves. Key Man – Xherdan Shaqiri (Liverpool)

After a dismal Euro 2016, England weren’t expected to perform well at the World Cup in 2018 but a semifinal spot has confidence in Gareth Southgate and his team soaring and they come into this semifinal as the second favourites to win it, just behind Portugal.

An injury to Harry Kane means that he missed the last few weeks of the season and while he is fit again now, he is not likely to be fully match fit and that is a blow to England, although the 90 minutes he got in the Champions League final last weekend will have helped him regain some of that.

Defensively England are strong and it is going to be interesting to see what formation Southgate elects to go for in this game as he has shown a tendency to play 4-3-3, rather than 3-5-2, in some recent matches, most notably in the fine 3-2 win in Spain in the group stages.

England are looking strong and I think they’ll be in with a great chance of beating the Netherlands if they can play to the kind of level they showed in the game against Spain. Key Man – Raheem Sterling (Manchester City)

After knocking out France and Germany, Dutch confidence will be sky high heading into the tournament and after Ajax’s heroics in the Champions League this season, manager Ronald Koeman has a fine nucleus of good young players on which to build this exciting Dutch team around.

The likes of De Ligt, de Jong and van de Beek will all likely play a part at some point for Holland but experienced players like van Dijk, Depay, Blind and Wijnaldum will be equally important if they are to perform to their best.

The problem the Netherlands have had has been backing up performances at home with away performances and I feel that could be an issue here as after the World Cup and victory in Spain, England will be the more confident of the two playing away from home.

That said I am expecting a close game with England and it would not surprise me if it went to extra time to decide the winner. Key Man – Virgil van Dijk (Liverpool)

Who are we backing to win?

My gut feeling is that Portugal and England will meet up once again in the final and although everything seems to suggest a Portugal victory, especially given their wins over England in major tournaments in the past, home advantage and Ronaldo’s return, I am backing England to end their long wait for a senior international trophy and claim the win here. England are currently 2/1 to win the tournament with bet365 Sport.

Previous: Europa and Champions League Finals – Preview and Tips
Next: Who Will Win the Copa America 2019 Tournament?