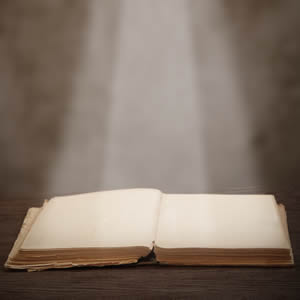 Over the years hundreds of poker books have been penned, and no period saw more additions to poker bookshelves than the few years following Chris Moneymaker’s historic World Series of Poker (WSOP) Main Event victory in 2003. 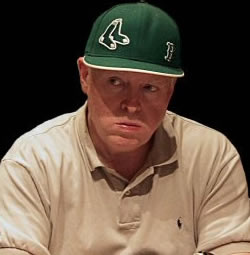 Most of the titles released during this period were, for the most part, forgettable. The books weren’t bad per se, but considering the sheer volume of books that were authored during this period it took a lot for a book to really stand out from the crowd, as most were just regurgitations of one another looking to cash in on the Poker Boom.

One book that did manage to stand out was Dan Harrington’s Harrington on Holdem. Penned on the heels of his back-to-back WSOP Main Event final tables in 2003 and 2004 (a feat worthy of a Great Moments column on its own merit), the 1995 WSOP Main Event Champ, Dan Harrington flipped the tournament poker game on its head with his seminal work.

Released in three parts, HoH was a game changer for the poker world, as tournament players who picked up the text were instantly transformed into competent (not necessarily good or winning) players, able to at least hold their own.

Part 1 of HoH was aimed at beginning players, although it also put into words concepts many experienced players had instinctively been using.

Part 3 was simply a workbook where readers could try to apply the strategies and concepts they had learned in Volume 1 and Volume 2.

Harrington was originally a backgammon and chess player before turning to poker at the legendary Mayfair Club in New York City, and even after finding poker (and finding success in poker) Harrington’s real job was having a job, as Harrington can count lawyer and stock and real estate investor as past job titles. Which explains why he was never a regular in poker tournaments.

Harrington won a second WSOP bracelet during the 1995 WSOP, and that same year he won the prestigious Four Queens Main Event as well.

Harrington had some success outside of the WSDOP as well. He won the 2007 World Poker Tour Legends of Poker and finished 2nd in the 2005 WPT Doyle Brunson North American Poker Championship.

In 2010 Harrington was inducted into the Poker Hall of Fame along with Erik Seidel, another graduate of the Mayfair Club.

Despite clocking in at well over 1,000 pages between the three volumes, HoH lasting legacy will likely be the introduction of the term “Squeeze Play” into the poker lexicon. The Squeeze Play took up a scant few pages, but it was those few pages that gave HoH it’s “Street Cred” amongst the bazillion new poker players that caught the poker bug during the Boom.

While it was certainly a tactic many poker players were already employing, HoH was the first time the Squeeze Play was verbalized, and laid out in a cognizant kind of way.

HoH also introduced the concept of the Hand History Workbook (Harrington on Holdem Volume 3 was nothing but a workbook), a format that virtually every poker book hence has used to some degree, either releasing a separate volume like HoH or incorporating Hand Histories into the main text.

10 years after it was first released, I wouldn’t recommend Harrington on Holdem to anyone but a rank amateur, but this shouldn’t take away from what HoH represented at the time or the legacy it left on tournament poker or poker books.

HoH set the bar extremely high, and the current crop of tournament poker books are only as good as they are because of HoH – many of today’s poker books use the HoH outline of separate volumes for beginner and advanced play, and as mentioned above, incorporate the workbook element into the text.

While I wouldn’t hesitate to recommend Secrets of Professional Tournament Poker by Jonathan Little, Winning Poker Tournaments One Hand at a Time by Eric Lynch et al, the Kill Phil series, or Chris Moorman’s, Moorman’s Book of Poker, before Harrington’s now-outdated three volume series, that’s only because poker strategy evolves at such a rapid rate.

On the other hand, if you were to ask me which tournament poker book was the most important, it’s Harrington on Holdem, and it’s not even close.

If you’d like to put your own strategy skills to the test, take a look at the latest bonus code Bet365 Poker are offering by clicking here!