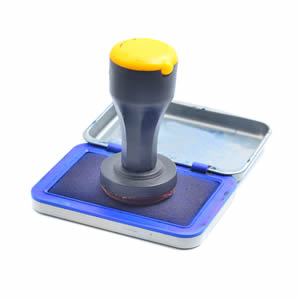 Great Moments in Poker History: Eric Drache Leaves His Mark On The WSOP

And for poker enthusiasts winning a World Series of Poker bracelet is considered the ultimate accomplishment in the poker world. In tournament poker your status is based on bracelets, and if you have enough of them (or you win the Main Event) you become a legend, nothing else in poker could make this happen.

But it wasn’t always this way.

The WSOP was for a lack of a better term, a publicity stunt, a marketing ploy by Bennie Binion to divert attention away from the Las Vegas Strip and bring that attention to Binion’s Horseshoe down in Glitter Gulch during the blisteringly hot summer days.

The first year the WSOP was played it wasn’t even a tournament (by all accounts, poker tournaments didn’t exist), it was just a collection of pros participating in cash games. The tournament aspect came about the following year, in 1971, but even still, the real action still took place in the side games – the tournaments were simply the lure.

One person who learned this first hand was Eric Drache (pictured), a transplanted East Coaster who wanted to test his skills in the 7-Card-Stud tournament at the 1972 WSOP. What Drache learned was schedules and the WSOP were like oil and water. The tournament he wanted to play was postponed because Johnny Moss had been up all night playing cards and couldn’t participate, and they apparently couldn’t play the tournament without Moss.

As Jack Binion would later say [paraphrasing], “If the stud players were all there one day we would hold the Stud tournament.”

So Drache made his pitch: Let me run the tournament series and bring order to the chaos.

Drache ended up getting the job of tournament director for the 1973 series, a job he held for 16 years, and a job he excelled at, transforming the WSOP into the tournament series we recognize today.

During his time as the WSOP tournament director Drache also ran several card rooms, including the famed Golden Nugget – which was THE place to play poker in those days. Later, after losing his Nevada gaming license after tax fraud charges he spent his time playing and organizing the biggest private games in the country, including Larry Flynt’s ultra-high-stakes Stud games.

Drache later became a consultant for most of the televised poker shows that sprang into being during the poker boom.

In addition to scheduling tournaments on specific days, and sticking to said schedule, Drache also implemented scheduled blind structures and standardized chip stacks to the WSOP.

Without these simple procedural changes the World Series of Poker would never have grown into anything more than what it was, a small collection of professional players looking for high stakes games and the occasional whale to sit down at their cash game tables – using the tournaments as the lure.

Another Drache initiative was the creation of satellite tournaments. The story goes that Drache was trying to rustle up players for the 1978 WSOP Main Event and walked by a cash game. Each player had at least$1,000 in front of them so Drache pitched them on the idea of playing a winner take all tournament for $1,000 each, where the winner received a seat into the Main Event.

What Drache’s improvements, particularly satellites, accomplished, was to turn the WSOP tournaments into profitable games for the professionals by increasing the number of nonprofessional entrants in these events – thus making the fields softer and the prize-money larger.

Did Drache save the WSOP?

Drache may not have saved the WSOP (assuming it even needed saving) but he did legitimize it and in the process expanded its appeal. He turned what was designed to be a spectacle into a serious event.

Looking back, who knows what would have happened to the WSOP had Drache not come in and organized the series? Perhaps it would have lasted only a handful of years with this shoot from the hip attitude, as the unorganized tournaments and staff would have prevented the WSOP from broadening its appeal, and attracting the casual players who in later years would schedule trips around certain events on the WSOP schedule.

It’s also partly the reason why you can participate in big money events, for a tiny fraction of the buy in. If you fancy trying to satellite your way into a top event, check out Sky Poker’s newest offer. Join Sky Poker today in readiness for its big Viva Las Vegas promotion – and do so using a free no deposit Sky Poker bonus!