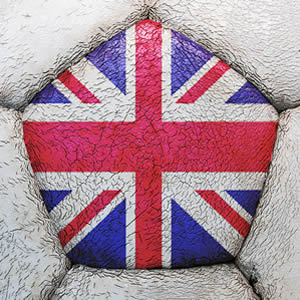 Just a week after their huge game in the Premier League, which finished in a pulsating 2-2 draw, Manchester City and Liverpool will once again be taking to the field to compete against each other.

This time though, the game will be at Wembley in the semifinal of the FA Cup as the two leading teams in the Premier League, and many feel the two best teams in the world, will lock horns for the second time in the space of a week.

In between, both these teams will have played their second leg in the Champions League quarterfinals, where Liverpool lead 3-1 from their first leg win in Lisbon against Benfica, while Manchester City hold a narrow 1-0 lead from their first leg victory at the Etihad over Atletico Madrid.

The Reds know Villarreal await them in the semifinals if they can land the win after the Spanish side eliminated Bayern Munich in one of the shocks of this year;s competition, while Man City will face Real Madrid if they make it through after they made it through after a pulsating second leg against Chelsea at the Bernebeu.

And it is Chelsea who will play in the second of the two semi finals on Sunday as they face fellow Londoners Crystal Palace for a spot in the final in May.

After that superb performance in Madrid, Chelsea must be heartbroken to be eliminated in such fashion but they’ll have to put that disappointment to one side for this game against a tricky opponent.

Crystal Palace have already beaten the likes of Manchester City, Everton, Wolves, Tottenham and Arsenal this season but they have lost both games against Chelsea in that competition this season.

It promises to be a very exciting weekend ahead of FA Cup action from Wembley and you can enjoy a wide range of bets on both games, including extensive In Play betting, at bet365 Sport.

Let’s now take a look at both games this weekend in chronological order.

With both these teams in action on Wednesday night in the Champions League, and both with important games coming up in the Premier League over the next week, I think both managers may rotate a couple of players for this game, while still keeping the nucleus of their first choice team together.

Both will know that picking a weakened team in this game is only likely to result in defeat and neither manager would want to risk the ire of their fans by doing that.

That said, I expect some changes from both teams. I think Liverpool will rest the likes of Joel Matip, Jordan Henderson and perhaps one of their star attackers for this game. Man City may well elect to rotate their midfield and attackers to freshen things up.

With both Premier League games finishing in 2-2 draws this season between the teams, there is literally nothing between them heading into this game and this has the hallmarks of being a classic FA Cup Semi Final.

These two teams haven’t been split this season and look so well matched it is untrue. I feel the likelihood is that this game will go to extra time to decide the winner, so take the 11/5 on the draw in the 90-minutes of the game,

You can back Liverpool to win in extra time at 12/1, or City at 9/1, but I think the Reds look the best value bet in that market.

The big team news concerns a Chelsea player that won’t be able to play in this game, because of Chelsea! Conor Gallagher, on loan at Crystal Palace, has been denied permission to play in the game by his parent club, which is a big blow to the player and to Palaces hopes, given how important he has been to the Eagles this season.

The Blues will be keen to bounce back from their aggregate loss to Real Madrid in the Champions League in midweek where despite a superb showing, they fell just short in extra time. Even so, that performance should give them huge confidence here.

Palace are in a good run of form of late and have drawn with Man City as well as beating the likes of Arsenal, Man City, Tottenham and Everton in recent times, but I think this is a big ask against their fellow Londoners, especially as Chelsea have beaten them twice already this season.

I can see Chelsea rotating in a few players for this one, but Palace should be at or near full strength.

I thnk Palace will give this Chelsea a really good examination in this game but as much as Palace have landed some good wins this season, I think Chelsea will ultimately be victorious and make it through to the final.