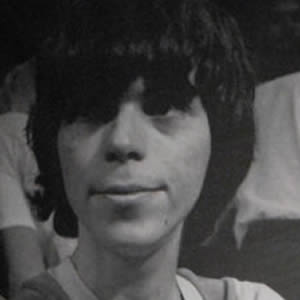 Stu Ungar is considered one of the greatest poker players to ever walk the earth and a man who was truly ahead of his time, but because of some severe life-leaks the three-time World Series of Poker Main Event champion was consistently broke and relied heavily on backers to keep him in action.

In this column I’ll take a look at the life of Stu Ungar focusing mainly on the events surrounding his 1997 World Series of Poker Main Event victory; a tournament where he was staked by poker legend Billy Baxter.

Remarkably, for all of his prowess at poker (Stuey entered 33 tournaments with a $5,000 or $10,000 buy-in and he won 10 of them) he was an even better Gin player, summed-up by this confident, yet prophetic boast, to his longtime friend and fellow Poker Hall of Famer Mike Sexton after winning his third WSOP Main Event:

“Some day, I suppose it’s possible for someone to be a better no limit hold ’em player than me. I doubt it, but it could happen. But, I swear to you, I don’t see how anyone could ever play gin better than me.”

Stuey’s demons ran deep, and are detailed in Nolan Dalla’s terrific biography One of a Kind, and included addictions to both gambling and drugs. From his arrival in Las Vegas in 1977, at the age of 22 and already running from racetrack debts back in New York City, the Gin phenom was seemingly always backed, and always playing in the highest stakes games be it poker or gin.

Stuey’s backers were initially his mob associates from back east who staked the card savant in high-stakes Gin matches, and later on, after establishing himself in Vegas, he would be staked by local poker players when Stuey’s Gin action dried up, and he turned to poker.

In 1980 and 1981 Stuey took the poker world by storm as a bright-eyed kid with a wild mop of hair, winning the WSOP Main Event both years with an ultra-aggressive and loose style that would take another 30 years to catch on in the poker world –Stuey was the first LAG player in poker history, and he absolutely dominated. Dubbed “The Kid” for his baby-face and youthful demeanor and antics, Ungar’s future in poker was extremely bright, and from 1980 through 1991 he was the best tournament poker player alive.

But his life leaks, especially an increasing reliance on drugs, would see Stuey fall off the poker map from 1991 to 1997, a six-year span where he didn’t register a single WSOP cash, and registered only one cash, $7,000 score in a small $300 tournament at the 1995 Queens Poker Classic, according to his Hendon Mob page. Many considered Stuey’s best days behind him, but Ungar was still the best poker player in the world when he wasn’t high, and Stuey would prove it in 1997.

The 1997 WSOP Main Event and the Comeback Kid

In 1997 Billy Baxter staked Stuey in the WSOP Main Event, but this wasn’t the first time he had done so, and it took some cajoling, considering their past history…

As Tom Sexton (the brother of Mike Sexton) recounted in a PokerNews.com article back in 2007, the bad history between Ungar and Baxter all started in the 1990 Main Event where Baxter had staked Stuey and saw him poised to make a run at WSOP title #3. Ungar was among the chip-leaders on both Day 1 and Day 2 of the tournament before the wheels came off, and following a horrible bad beat at the end of Day 2 Stuey got so high he never showed up for Day 3, instead he spent Day 3 at the hospital, basically comatose but still getting an earful from Baxter. Despite being blinded out Stuey finished the 1990 WSOP Main Event in 9th place!

Because of this history Stuey had to beg, plead, and eventually resort to deception (using a mutual friend’s cell phone to get Baxter to answer, as he wouldn’t take Stuey’s calls) to get Baxter to put him into the 1997 WSOP Main Event; which he did with about a minute to spare, according to Tom Sexton.

Stuey would go on to win the 1997 World Series of Poker Main Event, joining Johnny Moss as the only three-time winner of the tournament, and setting another record with a 16-year gap in between wins. Barely recognizable as the bright-eyed kid from 1980 and 1981 –years of cocaine use had left Ungar incapable of even snorting the drug which led him to start smoking crack instead– Ungar’s addictions had taken their toll on his body and his third WSOP wasn’t the return of a conquering hero as it was made out to be; instead, as his friends hoped, it was the first chapter of Ungar’s redemption story.

But old habits die hard, and despite his teary-eyed proclamations after his 1997 win Ungar found himself broke (burning through his $500k share from his WSOP victory in just a few months) and succumbing to his addictions, so much so that despite Billy Baxter willing to once again back him in the 1998 WSOP Main Event, and with a chance at history on the line, the day of the tournament Ungar told Baxter that he was “too tired” to play, after weeks of drug use leading up to the tournament.

As Nolan Dalla explains in One of a Kind, despite using stake money to buy drugs in the aftermath of the 1998 WSOP, Bob Stupak was still willing to give Ungar one more chance, and had Stuey sign a contract, giving Stuey a $25,000 advance to pay off his debts and finance his tournament play in exchange for future winnings.

Stuey wouldn’t play even one tournament with Stupak’s money. Unable to conquer his addictions Stuey passed away in a cheap Las Vegas motel with just $800 of the $25,000 stake in his pocket. For all his abilities and prowess Stu Ungar died broke, with a collection needed (organized by Stupak despite Stuey’s last act) to see the Gin and Poker legend laid to rest.

Author’s note: The above story is only a single chapter in the life of one of the most enigmatic men the game of poker has ever seen. For a more complete look at what made Stuey tick I highly recommend Nolan Dalla’s One of a Kind: The Rise and Fall of Stuey “The Kid” Ungar the World’s Greatest Poker Player.

Eager to play a little poker yourself? Don’t go anywhere before check out our free bankroll offers for UK players!