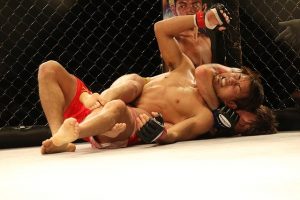 and this weekend’s UFC 249 event promises to pit two of the most spectacular and exciting fighters, currently operating in the organisation, together. Tony Ferguson defends his lengthy unbeaten record this weekend against the explosive and dynamic Justin Gaethje in what promises to be an incredible evening of MMA action on Saturday night.

However what makes UFC 249 stand out from some of the other events is the sheer quality of matches along the card. Many experts feel that UFC 249 is the best event in terms of quality that has been run for several months and there are a number of exciting contests across all different weight divisions to enjoy, ranging from a women’s strawweight contest, right the way through to the big guys in action at heavyweight.

If you are new to sports betting and want to sign up with a site that offers great UFC betting (not to mention, betting on lots of other combat sports), then you should take a closer look at the current bet365 Sport New Player Bonus on offer at the site. Not only do you get a bonus for signing up with the site, but the range of betting on offer across the UFC, not to mention lots of other sports is second to none.

However, if bet365 is not available in your location, such as Indiana in the United States, then there are other options for your UFC betting. The latest BetRivers Affiliate Code “HOOSIERBONUS” can get you started in this state. In several other states such as Colorado, Indiana, Iowa, Pennsylvania and West Virginia, you can also get the latest DraftKings Sign Up Bonus when you join their sports and fantasy sports betting site.

Let’s now take a look at the full list of bouts for the weekend at UFC 249.

It may be listed at the bottom of the matches above, but in terms of prestige, the clash between Tony Ferguson and Justin Gaethje is the battle that everyone with an interest in MMA wants to see and it is undoubtedly the main event of this stacked card of UFC action at the weekend.

Tony Ferguson may well be 36 years of age, but in UFC terms, he is still very much in his 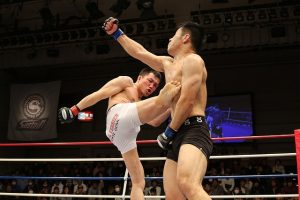 prime, unbeaten in his last 12 contests and over the last eight years, he has worked hard to become not just an outstanding MMA practitioner but also one of the most exciting, entertaining and dynamic fighters in the UFC.

Originally slated to fight Khabib Nurmagomedov, when his opponent withdrew from injury, the search for an opponent was on and the UFC didn’t have far to look given the sheer quality and excitement that the younger and less experienced Justin Gaethje has shown in his six winning bouts so far.

In amongst those wins, Gaethje has picked up four Fight of the Night awards and was involved in two absolute slug-fests in 2017, both of which were voted as the top two fights of the year. His explosive hitting and dynamism, as well as his unbeaten record, make this match up with Ferguson all the more exciting.

One thing is for sure, this is not going to be a cagey, cautious and slow-boiling fight. Both fighters will attack from the off and it is this promise of thrilling action that has MMA fans so excited at the prospect of these two lightweights fending off. Add to that the Interim title at stake, and a shot at the world title, and it becomes all the more exciting.

Who wins? – We think that as good as Gaethje is, he has not faced a fighter of the quality and experience of Ferguson. The longer the fight goes on, the more we feel Ferguson will gain the upper hand.

Henry Cejudo is not just looking to continue dominating the Bantamweight division in the UFC, but the third ranked best pound-for-pound fighter in the UFC is keen to prove himself as one of the best UFC fighters ever. To do that, he is the odds-on favourite to land a win against Cruz, an opponent that has suffered with injury a great deal in the past.

Indeed, but for those injuries, Cruz would surely be ranked well inside the top 10 at Bantamweight and worryingly for Cejudo, he does have a history of coming back from a lengthy spell out with injury, being the underdog in his return fight and causing something of an upset. Cruz certainly has the talent to cause Cejudo real problems, but the longer the fight goes on, the more we see Cejudo eventually coming out on top as his better conditioning will likely play a key role.

Who wins? – The bookmakers have gone big on Henry Cejudo continuing his dominance of the Bantamweight division and with Cruz not ranked in the top 15, it does seem a simple choice. However, Cruz is very dangerous and much better than his ranking suggests and he will make it very tough for Cejudo, but we still feel Cejudo gets the win.

Blink and you could well miss this fight. Originally scheduled for five rounds, that was changed to three a little while back and in truth, it would be a big surprise to many if these two heavy handed heavyweights make it into the second round without the contest being stopped.

Both have an impressive list of stoppage wins, Rozenstruijk has a 10-0 record with four stoppage wins in a row and he called out Ngannou after that last win. He got his wish as the 2nd rated challenger to Stipe Miocic’s heavyweight belt accepted his challenge for UFC 249.

Ngannou has won his last three bouts in a total of 142 seconds, so he does not hang around in the ring any longer than he has to. You can forget about a close, cagey contest here. This one should see fireworks from the start.

Who Wins? – Rozenstruijk may be taking this fight a little too soon in his career, despite a ranking of 6 in the heavyweight division. Ngannou has been destroying quality opponents of late and I think he will do the same here.

Previous: Is It Possible to Pick Up Crucial Poker Tells Playing Online?
Next: Back These Bets This Weekend With The Return of the Bundesliga