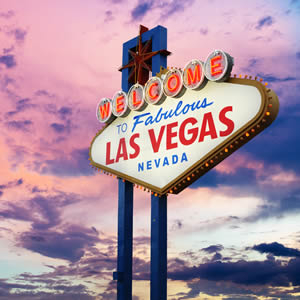 Great Moments in Poker History: Hal Fowler Wins One for the Amateurs

By 1979 the World Series of Poker Main Event had already grown from its humble origins as a small reunion of the top ten or so poker players in the world, to a tournament with 54 entries – some of whom probably couldn’t even spell poker. And I’m certain Phil Hellmuth would characterize Hal Fowler as one of those spelling-challenged players.

Hal wasn’t a complete rube when it came to cards, as he told the TV cameras, “I’ve played poker for 42 years.”

But when we look back at the World Series of Poker champions of his era nobody had accomplished less before their victory, or gone on to accomplish less after than Hal.

His Hendon Mob profile shows a total of four cashes in his career: a 3rd place finish in an A-5 Lowball event at the 1981 Super Bowl of Poker, a runner-up finish in a $500 Limit Holdem tournament at the Grand Prix of Poker in 1984, and a win in the $1,000 7-Card-Stud tournament at the same series.

And therein lies the riddle that is Hal Fowler. How did a man of that era win the WSOP Main Event and then fade off into oblivion?

In Ghosts at the Table, poker author Des Wilson went in search of Hal Fowler to see what became of this enigma of a man, who is without doubt the least known and least understood of all WSOP winners. To this day nobody knows what motivated Hal to play in the 1979 WSOP, or why he just slinked off into the sunset after winning – some of the speculation borders on Giorgio Tsoukalis territory.

“The final table was fearsome. They were all good players. There was Johnny Moss, Bobby Baldwin, Crandell Addington, Sam Moon, Sam Petrillo, George Huber — all professionals — and then there was this one other guy, a man called Hal Fowler.” 1979 runner-up Bobby Hoff would tell Wilson. “We couldn’t understand how he made the final table, because he didn’t seem to know what to do.”

“No one — and I mean NO ONE — could have beaten Hal Fowler that day,” Hall of Famer T.J. Cloutier said. “Not even God.”

How he made the final table was precisely why poker is appealing to so many players, Fowler was hitting cards like you read about. Hal Fowler was Jamie Gold before Jamie Gold, hitting nut flush over second nut flush in heads-up play, and at one point flopping a straight after a whacky all-in call with Jack Ten offsuit.

How hot was he running? Fowler finished off Hoff by cracking Hoff’s Aces with 6/7 offsuit.

It didn’t matter that he was playing wildly and with no rhyme or reason, and popping pills the entire time, as Crandall Addington told Wilson, “He had some Valium and also some amphetamines, the real strong ones, and he actually put these on the table by his chips. I really believe that much of the time he didn’t have a clue what he was doing.”

Hoff made similar remarks, telling Wilson, “He kept taking these Valiums and he was really getting pretty stoned and pretty tired…”

Fowler at one point was down to just a couple thousand chips before mounting a comeback. A comeback that still weighs on Hoff’s mind, as he told Des Wilson, “No, I haven’t gotten over it, it still bothers me.”

Despite all of these things working against him (his inexperience, his drug use, his seemingly erratic and poor play) Fowler still won the 1979 WSOP Main Event, and after his win he was the poker equivalent of Keyser Sose, “POOF, he’s gone.”

If you want to know what happened to Fowler go buy Ghosts at the Table. I promise you, you won’t be disappointed by the book.

Wilson’s Ghosts at the Table is worth a read for no other reason than it is a terrific book, but the full chapter he devotes to Hal Fowler is a tale that every poker player would find fascinating.

You can watch the 1979 WSOP Final Table coverage thanks to the magic of the Internet:

Here are some other interesting tidbits from the 1979 WSOP: