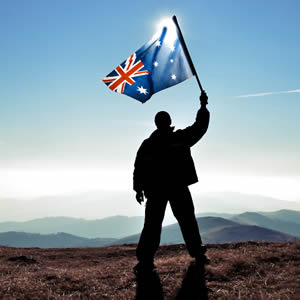 Based on the headline you’re probably guessing that this column is going to recap the 2005 World Series of Poker Main Event won by Australian Joe Hachem. 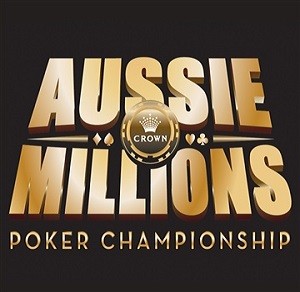 Hachem’s run to the 2005 WSOP title brought the chant of “Aussie, Aussie, Aussie, Hoy, Hoy, Hoy” to the Las Vegas desert and ushered in the era of the boisterous rail at the WSOP, but it’s an Australian chant, with roots dating back well before 2005, just like Australian poker.

This column is about the Aussie Millions, one of the longest running tournaments in poker, and a tournament that has evolved from humble roots (a Limit Holdem tournament played almost exclusively by Australians) into one of the game’s “must play” tournaments.

The origins of the Aussie Millions

The Crown Australian Poker Championship (that’s the actual name of the Aussie Millions) was first held at the Crown Casino in 1998, just a year after the popular casino started offering poker. The first Aussie Millions was a rather innocuous $1,000 buy-in Limit Holdem tournament that attracted a total of 74 entries, mostly locals.

By 2003 the tournament’s buy-in had ballooned to $10,000, and started attracting players from outside of Australia.

Unlike many other tournaments on the poker calendar, including the World Series of Poker, the Aussie Millions has stayed at the same home, kept the same name, and has been held at the same time of year since 2001 – The tournament was originally held in July before being moved to January in 2001.

The tournament has run continuously since its inception, and has somehow managed to avoid being sucked into one of the numerous poker tours – The Aussie Million remains an independent tournament to this day.

To my knowledge, only the World Series of Poker and the Irish Poker Open have longer continuous histories than the Aussie Millions.

They may have been early to the major poker tournament scene, but the Aussies were a bit slow to catch the poker bug.

From 1998 through 2004 the tournament attracted no more than 133 entries, and not even Chris Moneymaker’s 2003 WSOP win, which kicked off the American poker boom, had much of an impact on attendance.

But that all changed in 2005, when attendance nearly doubled, jumping from 133 in 2004 to 263 in 2005. And then the unthinkable happened. Joe Hachem, an Australian, won the World Series of Poker Main Event.

While the tournament is not as popular as it was during the height of the poker boom, the Aussie Millions is still one of poker’s “Majors” in many players’ minds.

I would be remiss if I didn’t mention Phil Ivey has won the $250k Challenge at the Aussie Millions three out of the five years it’s been held.

These additions kept the world’s greatest poker players coming to Australia (despite the extremely long travel times) over the years, and has helped the Aussie Millions maintain its allure as one of poker’s top destination events.