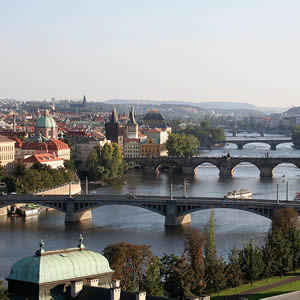 Chidwick’s Good Run in Prague, Ladbrokes to iPoker, and More

Tom Dwan is out at Full Tilt Poker, but who should take his spot? A couple of Brits are on one man’s shortlist.

Ladbrokes is preparing for its move to the iPoker network; we’ll discuss what impact this could have on the online poker industry below.

In this week’s look Around UK Poker we’ll take a look at these stories and a whole lot more.

Chidwick made the final table of two high-profile tournaments during the series, the Eureka Poker Tour Prague Main Event and the EPT Prague Main Event, finishing in third place in both events. Not only did he pocket around €500k, but he also picked up a nice honor in the process (you’ll find out what it is later on in this column).

Tom Dwan out at Full Tilt Poker – should a Brit take his spot?

With Tom Dwan and Full Tilt Poker parting ways the rumor mill is already churning out the names of potential replacements, and two Brits appear to be among the frontrunners, at least in the poker community’s mind: Sam Trickett and Chris Moorman.

PokerNews.com’s Matthew Pitt laid out a compelling case for both players; let’s see if Full Tilt Poker accepts his suggestions or goes in a different direction.

On Saturday, December 21st Ladbrokes will officially join the iPoker Network, leaving their longtime home of the Microgaming Poker Network (MPN) and starting down a new path with one of the most heavily trafficked online poker providers in the world.

The addition of Ladbrokes should cement iPoker as the #2 online poker provider behind PokerStars; a spot iPoker, Party Poker, Full Tilt Poker, and 888 Poker have all been fighting for throughout 2013.

The transition is expected to be a smooth one, as all player balances, VIP points, and even bonuses and promotions will be transferred to the player’s new account when they download the new software.

MPN had moved into the Top 10 on www.pokerscout.com’s traffic rankings, but the loss of Ladbrokes, and the impending departure of Unibet could knock them back quite a bit. How the traffic rankings for global providers shake out in the coming months is definitely something to keep an eye on.

Sign up now and you can find yourself £12 richer with a free no deposit bankroll from 888 Poker.

Our man Stephen Chidwick ended the year in the top spot on the Global Poker Index UK rankings thanks to his Prague performance.

Here is a look at the Top 10 finishers, along with their global GPI ranking: