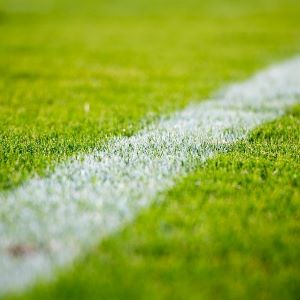 *If your team is leading the league and other teams have games in hand but cannot get to within 10 points of your team by winning those games, bet365 will settle your bet early as a winner.

This offer is available on the following leagues for the 2019/20 season:

All eyes will be on Manchester City and Liverpool going into the 2019/20 season, with Pep Guardiola’s Citizens the overwhelming favourites to secure top honours for the third consecutive season at odds of 1/2 (1.50). The Reds meanwhile are 13/5 (3.60) to finally add a Premier League trophy to their collection and Jürgen Klopp will be desperate to win the trophy that has eluded Anfield for almost three decades. Liverpool have yet to make any major signings during the summer transfer window, whilst Man City have secured the services of Rodri who is expected to supplement an ageing Fernandinho in the City midfield. It could be a season of transition for the Sky Blues as David Silva takes a step back from first team duties and enters his final season at City, with Bernardo Silva expected to play a more attacking role this season with a fit and firing Kevin de Bruyne returning to the team. Liverpool meanwhile will probably set up in much the same way that saw them run agonisingly close last season.

The rest of the top four remain somewhat of a mystery, with four teams vying for those lucrative third and fourth places. Tottenham look most likely to cement their place in the Champions League for the 2020/21 season, priced at 1/2 (1.50), and assuming Spurs keep hold of Mauricio Pochettino you would not want to bet against them. Against all odds the Spurs managed to finish fourth and make it to the Champions League final without making any major signings all season. Keen to avoid the mistakes of last season, Spurs have already spent £55.5m on Tanguy Ndombele to cement the midfield that caused them so many problems last season.

Manchester United and Chelsea, who each have their own set of problems to deal with, are priced at 11/10 (2.10) and 11/8 (2.37) respectively to make the top four this season. In the red half of Manchester, things looked to be improving after Ole Gunnar-Solskjær returned to the Red Devils as manager and went on an eight game winning streak as well as taking United to the Champions League quarter-final where they went out to Barcelona. However, despite the strong start under Ole, United’s form wasn’t to last and they crumbled at the back end of the season, meaning they failed to qualify for the Champions League this season for the fourth time in the post-Ferguson era.

Chelsea finished third last season after a mixed campaign under Maurizio Sarri which also saw the Blues lift the Europa League trophy after beating Arsenal in one of the most one-sided European finals in recent memory. The Italian boss ended up leaving for Juventus which resulted in Frank Lampard’s appointment as first team boss after an impressive first season as a manager at Derby County in the Championship. Whether or not this move has come too early for the Chelsea legend is unclear and the two-window transfer ban imposed on Chelsea will be a huge blow to the team’s hopes of success this season.

Arsenal are also in the mix for the top four, priced at 5/4 (2.25). The Gunners have an impressive offensive line boasting the likes of Aubameyang, Lacazette and now Nicolas Pépé, but their midfield and defence arguably leaves much to be desired.