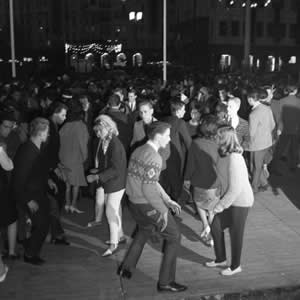 There’s some big news coming from Sky Poker about their Viva Las Vegas promotion that we first mentioned to you a couple of weeks back. Then, Sky had only announced what prizes would be on offer for the promotion, but now they have confirmed the structure of the promotion and how players can attempt to win one of these top prizes.

Of course, we’ll bring you all the details of how to earn yourself a fantastic prize with Sky a little later but for now, let’s take a look at a new offer from Bet365 Poker, which is highlighting one of their most exciting innovations on the site for many years; Twister Poker, with the Let’s Twist Again promotion.

Since it first was launched on the Bet365 site (originally as a promotional product), Twister Poker has been one of the most popular games on Bet365 Poker.

It’s appeal is easy to understand, pay a set entry fee €1, €2, €5 or €10 and if you win your game against two other random opponents, you will win all the cash in the pot. However, what gives the game a real ‘twist’ is that prior to each game, a wheel is spun which will decide how much you are playing for as a cash prize.

You can play for as little as double your money, or you could be playing for up to 1,000 times your initial wager. It all depends on the outcome of the spin of the wheel.

What this means is that players of all abilities can be playing for cash prizes of widely varying sums all randomly assigned by the game, which means you could be taking on two poker grates to win a small amount, or two poker novices to win the big payout. It all depends on the luck of the draw.

To celebrate the popularity of their Twister Poker game, Bet365 Poker have made a massive €250,000 in Tournament Tokens available precisely for this game.

Once you have done this you then need to log in to the Bet365 Poker software during the promotional period, which runs from the 2nd March 2015, until the 31st March 2015.

Once this process has been completed, then Bet365 Poker will credit certain player’s accounts with Tournament Tokens for Twister Sit & Go’s for a variety of values from €1 up to €10. A player can receive up to a maximum of eight tokens with this promotion.

However that is not all, if you haven’t received a tournament token then you can win yourself some tokens through your poker skill, thanks to the €10,000 Twister Freeroll.

To earn yourself a token, you need to activate the promotion on your Bet365 Poker account, which is achieved by entering the code LETSTWIST in the promotions box, once you have deposited €10 or more into your account between the 2nd and 6th March 2015.

Once you have done this, you should receive a tournament token for the Twister Freeroll event which will take place at 19:30 GMT on the 6th March where there will be a prize pool of €10,000 up for grabs, all of which will be tournament tokens for Twister Poker games. 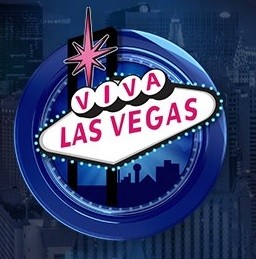 A couple of weeks ago, we brought you news about an exciting promotion from Sky Poker called Viva Las Vegas, which promised a number of top quality packages for players to a fantastic poker tournament in this most celebrated of gambling cities.

Now after finally deciding on the exact details of the promotion, Sky Poker have announced how their customers will have a chance to win one of the 32 packages worth at least £3,200 available for this huge poker event.

There are essentially four ways that you can qualify for one of these dozen spectacular prizes although, to qualify for a chance in the freeroll event, you need to participate in either of the two league events to qualify.

If you are a cash table player then you can win one of four packages available as part of the weekly cash league part of the promotion.

There are weekly leagues running on the dates outlined below:

Each week, players play on the Sky Poker cash tables and through the amount of poker points that they earn on any given day, the players are ranked from 1st through to 100th. If you rank first on any given day you receive 50 League points and players then receive falling amounts of league points down to those finishing 51st to 100th who earn 5 league points.

Over the course of the week, players accrue league points and by the end of play Sunday, the player sitting atop the League Points leaderboard, will win one of the £3,200 packages available for the event.

Players who finish 2nd to 99th don’t finish the league section empty-handed, they receive an incremental number of chips (more chips for the higher you finish) and free entry into the weekly Viva Las Vegas Freeroll (more information will be forthcoming on this in section 3 below).

Once one league promotion has completed the next will start immediately, right the way through until Sunday 29th March 2015.

The weekly sit & go league operates under very similar structure to the cash league, only this league is based on Sit & Go games on the Sky Poker platform.

The same weekly structure is in place for this promotion and once again, players can win one of four £3,200 prize packages, one to be won each week of the promotion.

The structure of how you earn points for this promotion is also the same as the cash league. Players play on Sky Poker sit & go games and earn Poker Points each day. The more poker points you earn the higher up the league you finish. Finish first and you’ll earn 50 League points, finish 51st to 100th and you’ll earn 5 with incremental points awarded for players finishing anywhere in between.

Accumulate league points by playing sit & go games during the week and at the end of the week, the player with the most league points will win the £3,200 prize package. The 99 that finish next in the table will win themselves a bundle of chips (larger amounts for the higher finishers in the league table) plus free entry into the £5,000 Las Vegas Freeroll.

The final weekly sit & go league will finish on the same date as the cash game league, the 29th March.

In addition to the leagues outlined above, the 99 runners up in both the sit & go and cash game leagues each week will qualify for a single 198-player Viva Las Vegas freeroll, where the amount of chips you start with is dependent upon how high you finished up in your respective league.

The 198 players will then compete for the single prize of one £3,200 Las Vegas package available for the winner of the event.

There is a strict limit of one ticket per customer, so players can only enter the freeroll once per week, even if they finish in the top 100 of both leagues in any qualifying week.

There are two separate satellite structures running for multi-table tournament fans on Sky Poker, allowing players to buy in for as little as £1.85 (for the £3.2k Vegas Final) or £2.80 (for the £10k Vegas Final).

The £3.2K Final has an extensive number of satellites filtering through to one of the three finals, scheduled to take place on Saturday 28th March, Saturday 25th April and Saturday 23rd May all at 8.45pm.

There are a total of five £3,200 Las Vegas packages up for grabs in each of these finals, for a total of 15 in total.

Satellites are running now on Sky Poker for this and you can satellite in from any level, with entry into the finals costing £350 in total buy ins.

The £10k Final has an equally extensive satellite system underpinning it but there is only one final, which is scheduled for Sunday 24th May 2015 at 8.45pm. All five £10K prize packages will be up for grabs here and a direct buy in to the main event final costs a total of £1,100.

You do need to be part of Sky Poker in order to participate in this fantastic promotion, so check out the latest Sky Poker no deposit bonus offers to join now.