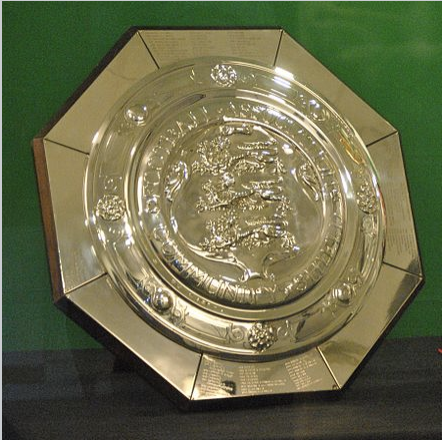 This weekend the Premier League curtain raiser, the Community Shield takes place as Man City face Liverpool in a cracker!

The new Premier League season is just a week away and of course, next week we will give you our pre-season preview of the 20-teams in the division and a rundown of the best bets to make for each team, as well as how we think the Premier League table will look come the end of the season.

Last season, the teams met three times, twice drawing 2-2 in the Premier League and then in the FA Cup Semi Final, Liverpool emerged as the 3-2 winners over City in an exciting game at Wembley in April.

There has been very little between the teams in recent times and Saturday’s game should be an absolute cracker to kick start what promises to be an exciting and somewhat unusual 2022/23 Premier League season, with the 2022 World Cup Finals set to be played slap bang in the middle of the season.

With Wembley out of commission due to the final of the Women’s European Championships being played over the same weekend, this year’s Community Shield will be at the home of last year’s winners Leicester City, although subsequent games will likely be played back at Wembley from next year onwards rather than the King Power Stadium.

As you would expect for such a big game, bet365 Sport is offering extensive pre-match betting on the Community Shield right now and more markets will be available as we head towards kick off.

Remember too, that once the game is underway, you can enjoy a wide range of In Play bets on the site.

Let’s now preview the match in a bit more detail by taking a closer look at the two teams set to face off for the first piece of silverware of the new season.

Manchester City clinched the Premier League title by a point last season, but fell short in the domestic cup competitions and went out of the Champions League to Real Madrid in a dramatic semi-final meaning that the trophy that the club wants most eluded them once again.

To try and improve on that, City have made a number of changes to their squad this season, with a quartet of first team regulars moving on, alongside a host of fringe and young players leaving either on transfers, frees or loans.

The star man coming in is Erling Haaland who will be expected to fire the goals to take City further in the Champions League than they have managed previously but it is going to be interesting to see how City adapt to having a natural number 9 playing in attack, rather than the false 9 that they played with so successfully last season.

City will likely go with Phillips alongside Rodri in a more measured midfield with De Bruyne pushed into a more advanced role alongside Haaland and Foden.

It was an incredible season for Liverpool with the Reds losing just four games all season, but even so, they could not do enough to lift the Premier League trophy and also missed out on the Champions League, losing 1-0 to Real Madrid despite dominating the final.

The FA Cup and Carabao Cup wins were positives and this off season the Reds waved goodbye to Sadio Mane, who left the club to join Bayern Munich. A number of other fringe players left including Neco Williams, Divock Origi and Takumi Minamino.

Coming into the club are two youngsters in the shape of Carvalho who will be able to cover any of the front three, while Calvin Ramsey adds depth at right back now that Neco Williams has moved on.

However, it is the arrival of Darwin Nunez from Benfica that has most Reds fans excited as they match what City have done by reshaping their attack to now have a natural big number 9 to have as the focal point for their play.

What Are The Bets To Back On The Community Shield?

With both sides very well matched in the past few years, last season the teams drew 2-2 twice in the Premier League with Liverpool edging the FA Cup Semi Final between the two with a 3-2 win, this looks like being another very close game.

As such, I think the draw is the most likely result at 90 minutes, with the winner being decided by penalties. I also feel both teams will score at least once in the game.

This leaves these as the best betting options open at present.

Remember to check back next week for our look at the new Premier League season which starts next weekend.