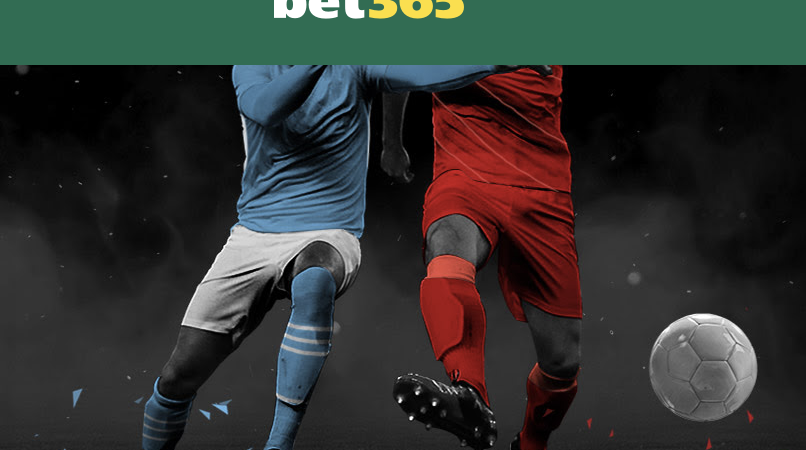 On Sunday it is the Manchester City v Liverpool Premier League title clash between the two runaway contenders.

Earlier this season, Liverpool hosted Manchester City at Anfield in an enthralling game that saw the two teams earn a point each after a 2-2 draw. This Sunday, they meet for the return at the Etihad and the stakes for both teams could not be higher.

With both the top two well clear of Chelsea in third, it is this game more than any other remaining clash on each team’s fixture list that will go the longest way towards deciding who of the two teams will be named Premier League Champions this season.

You can enjoy a bet on the game at bet365 Sport with the site offering a massive choice of markets on the crucial clash. However, you may also qualify for a fantastic free £5 bet on the game too, which we have given you details of at the bottom of this article.

However, before we look at the offer, let’s preview Sunday’s massive encounter at the Etihad between the two teams that have become not just the best in England but amongst the very best in the world over the last few years.

However, in recent times, City have held the advantage. They have not lost in four games to the Reds (winning two, drawing two) and they have lost just one of the last eight games against Liverpool (winning three, drawing four, losing one).

However extend that run of games to 11 and things look better for Liverpool, with the Reds winning four of those games, to four draws and three wins for City, although one of those draws saw City win the Community Shield on penalties.

There’s no doubt that City will go into this game as the favourites with the bookmakers but in terms of more recent form, the home side have dropped more points in recent times than Liverpool, who have won all of their last nine Premier League games.

Add to that a solid win away to Benfica in the week and Liverpool will probably come into this game with a stronger squad, and more confidence than perhaps at any other time facing City over the last few years.

Both teams played on Tuesday night in the Champions League and both seemed to come through the game relatively unscathed.

Liverpool did have a concern when midfielder Fabinho took a blow to the head late in the game and needed lengthy treatment but the Brazilian international was able to play on and he should be fit for the game with City.

Perhaps more important for Liverpool was the return of Trent Alexander-Arnold at right back whose passing was a feature in the game against Benfica and who will be a likely starter on Sunday.

Naby Keita also made a return from injury against Benfica and played most of the game, so he should be fit for selection on Sunday too.

City also came through their game with Atletico Madrid without a major injury concern in what was a hard fought and at times physical encounter.

The home side will likely be without Ruben Dias as their Portuguese star will likely not recover in time from injury for the game which means John Stones and Aymeric Laporte will likely continue at centre back for the home side.

Both teams face choices over who to select in their midfield and front three and it is going to be interesting to see how both teams line up for the game. With that in mind, I’ve made my predictions for the team selections below.

We’ve already seen a slight change in odds in the betting on the two teams to win the game this Sunday on the back of their midweek Champions League performances.

City have drifted from 19/20 to even money on the back of their 1-0 win over Atletico, while Liverpool have seen their odds cut from 14/5 to 5/2 on the back of that fine 3-1 win over Benfica in Portugal on the same night.

The draw remains an 11/4 chance and probably is the value bet for punters looking for a likely result and a return on their bet.

Sunday’s match up certainly promises to be a hugely influential one in deciding the outcome of the title race and you can enjoy the action with a little extra excitement thanks to bet365’s free £5 bet offer for new and eligible customers.

If you are a new bet365 customer, or are an existing customer eligible to receive the offer, then bet365 will give you a free £5 bet to use on the game.

You may receive an email or a message from bet365 to your account on the site inviting you to this offer, but if you don’t, you can check if you are eligible by heading over to the betting markets for the Man City v Liverpool game on Sunday.

Simply add a single bet or a Bet Builder bet to your bet slip and then open the slip. If you are eligible for this offer then you will see an option to use your Free £5 Bet on this offer by clicking the check box.

Do that and place the bet and sit back and see how your bet gets on!

If you win, then you will be paid out in cash, but you won’t receive your stake money back. However, what you win is yours to keep and has no wagering requirement attached.

So if that sounds like a free swing at landing a £5 bet that you want to use, head over to the markets for Sunday’s big game and select which bet you think has the best chance of coming in.