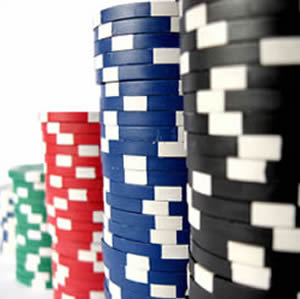 The PokerStars World Championship of Online Poker (WCOOP) Main Event is without a doubt the biggest tournament of the year for online tournament players, and just like the World Series of Poker Main Event attracts all of the best poker players to the Rio – despite being held in Las Vegas during 110 degree summer days – serious online poker players don’t miss a chance to compete in the WCOOP Main Event.

But not everyone has the bankroll to buy-in to the tournament for $5,200, and satellites are needed. And sometimes a truly amazing staking story is born from these satellite events (Chris Moneymaker anyone?), just as it was in the 2012 WCOOP Main Event when a player he satellite his way into the tournament allegedly started selling pieces of himself after he made the money!

This column is all about that player, Marat “Maratik” Sharafutdinov, and his 2012 WCOOP saga.

If you want to get started on your own path to success, it starts with taking advantage of great offers. Learn more about free money online poker bonus offers available to UK players.

So who is the man that would go on to win the 2012 WCOOP and just over $1,000,000; in the process creating one of the most iconic poker expressions of all time?

It turns out that the latest poker millionaire was a simple working man (a taxi driver in Russia to be exact) who regularly played low-limit Sit & Go tournaments to grind out some extra income.

After his win the poker world was astonished to learn that a guy who played in $3 S&G’s was able to win the biggest online tournament of the year, but in subsequent interviews it was revealed that this “micro-stakes hero” was a fairly accomplished player, as he talked about his ROI at different levels and in different formats, bankroll management and multi-tabling. In fact, if it hadn’t been for a nightmarish disconnect he probably would have been playing $10 S&G’s and not $1.50 S&G’s in the lead-up to his WCOOP victory.

Maratik Wins an FPP Satellite into the WCOOP

The story of Maratik’s path to the 2012 WCOOP Championship starts out innocently enough, with the low-limit player using some of his Frequent Player Points (FPP’s) –40 to be exact– to enter and win a satellite to the WCOOP Main Event. Maratik later revealed that he had already been using these FPP buy-in satellites to win his way into other tournaments like the Sunday Million.

The Russian cab driver probably knew he was likely to be outclassed by many of the pro players in the tournament, but since he wasn’t some poker noob –Maratik had some 27,000 tournaments under his belt according to his Sharkscope numbers—he probably figured he wasn’t exactly out of his league either. And more importantly, he had a plan and executed it well.

Here is his explanation of a key hand he pointed out during his interview:

“There was a hand where I had QQ and the big blind three-bet me and then bet all three streets. It was not far from the money and I understood that it was a regular who was trying to push out a micro-limits player. He thought I would be afraid of elimination, but I called without much doubt. He had bluffed and after that sat out for some time.”

Playing a super-tight style of play he weaved his way through the field before opening up his game to take advantage of tight image and his sharkscope stats (which he knew players would checking), and as soon as he made the money he allegedly starting selling pieces of himself at face value (remember he is already in the money!) according to one website, but I have not seen this referenced anywhere else and no attribution for the claim was given.

Some chatter on the forums has the story a bit different, with Maratik selling some of his action before the Main Event (which seems more reasonable from such a fiscally conservative grinder), with the number usually referenced as 35%.

While I’d love to believe the first version was the way it went down, it was probably the more conventional staking method that is true. My guess is he was able to sell some of his action prior to the WCOOP Main Event, figuring since he was basically on a freeroll he could at least make a four figure score on his satellite win.

As the 2012 WCOOP played down to the final table and beyond all eyes were on the chat box as talk of a deal started to be floated by the remaining players. When the tournament was six-handed a lengthy (nearly 60 minutes) negotiation took place with Maratik creating a new poker catchphrase that is becoming as routinely used as “bout tree-fiddy” and “-ament” when he typed in the chat-box, “I wont Million.”

You can find a complete recap of the lead-up to the 2012 WCOOP Main Event at the PokerStars Blog.

The “I wont million” declaration was in response to the payout figures for the six-way deal that would have paid Maratik just over $900,000. Eventually he would give in to the deal, but he still got his million when he went on to win the tournament and add the $100,000 that was set aside for the winner to his $900,000 payout from the deal.

And what did Maratik do the day after winning the 2012 WCOOP? He was spotted playing way above his usual stakes… in a $7 Sit & Go!