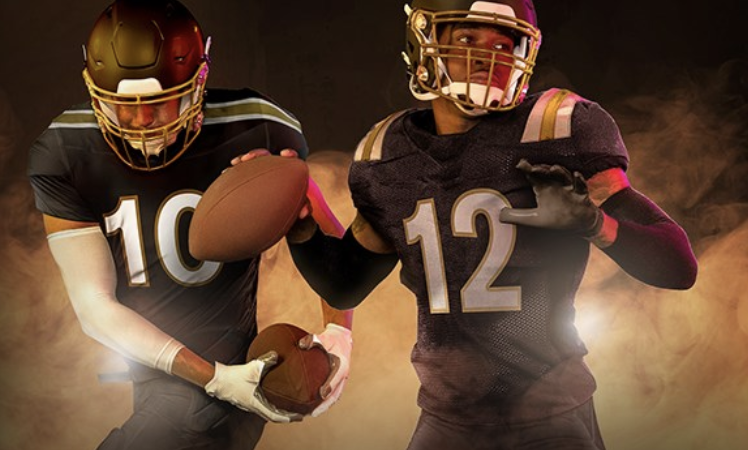 The NFL Draft will begin on Thursday with the first 32 picks in the First Round. We take a look at a couple of top betting tips.

This Thursday, the 2022 NFL Draft will begin in Las Vegas, home of the Raiders, with over 250 of the top college prospects set to be drafted.

All eyes will be on the First Round of picks, which takes place on Thursday Night with the Jacksonville Jaguars, for the second year running, having the very first pick of the draft.

Last year, the Jags selected Trevor Lawrence from Clemson with the very first pick and then added running back Travis Etienne later in the first round.

Over the last few months, NFL staff have been poring over College football tape, combine videos, interviews with potential signings and much more in order to ensure that their draft day war room is as ready as possible with who they are going to target.

However, given that teams can trade up and down the draft, GM’s may select a player that defines how the rest of the draft will go, nothing is ever certain, especially for those teams picking in the mid-to-late portion of the First Round.

Bet365 Sport has been offering betting markets on the draft for a good while now and these bets are becoming increasingly popular with punters for whom the growing popularity of the NFL is making it a much more interesting betting option.

Let’s take a look ahead to some of the bets you can make on the draft which begins at 1am in the morning UK time on Friday.

When we first took a look at the draft back in February, it was Tackle Evan Neal that was the favourite to be picked first in the draft by the Jaguars. However, Jacksonville then franchise-tagged Cam Robinson, their current left tackle, and that meant that deal for Neal started to look unlikely.

Aidan Hutchison then became the favourite to be picked first as an Edge Rusher he fitted the Jaguars needs and also was arguably the most polished prospect in the draft.

However, after the scouting combine in Indianapolis a new name has emerged as a front-runner for the first pick on Thursday night and that is Georgia’s defensive line star Travon Walker.

Walker was always going to be a first round pick, but it seemed he would go more towards the middle of the first round.

However, after an exceptional combine, where the tackle produced performances in tests that defied logic in terms of his size, strength, speed and power, many teams have taken note of that incredible performance and he has risen sharply through most team’s draft boards as a result.

Walker is now the 1/2 favourite with bet365 to land in Jacksonville as the first pick, with Hutchison drifting out to 23/10 as talk seems to be that the Jaguars are going to go with the Georgia man.

Personally though, I think Hutchison is a more ready-made prospect and he’d be my selection at first in the draft but the smart money does seem to be going on Walker.

One of the most popular bets people can make on the draft is on which player may be selected in the first ten picks of the draft on Thursday night.

Now, we all know that it is almost nailed on certain that the likes if Hutchison, Walker, Thibodeaux, Neal and co will go in the top ten, so the odds on these players are not available. However, there are a good selection of potential top ten picks worth looking at.

These range from players who are very likely to go in the top ten, such as Ahmad “Sauce” Gardner, who is 1/15 to do that, while Charles Cross is 1/4, Derek Stingley Jr. 3/10 and Jermaine Johnson 4/9.

However, each year in the draft there is usually one or more surprises in the top ten selections and that means a player ranked at much longer odds could well go in the top ten.

Looking at the teams that will select in the top ten, I think there is a real prospect for a surprise to be selected with the Panthers (who draft at number 6) and the Seahawks (who draft number 9).

I think the Jets will draft Garrett Wilson at number 4 as they have been looking for a number 1 receiver all off-season, and they have another first round pick to come at number 10. Wilson is probably more of a numbr 10 pick, but with the Falcons picking at 8, and Atlanta sorely needing a WR, I think the Jets pull the trigger early on Wilson.

That could make the Falcons draft Jameson Williams at 8 (5/4) who is another top level receiver in the class, or they could go with Drake London (also 5/4) who is one of the most polished receivers in the group.

For me, the first real surprise pick of the draft may well come at number 6 with the Carolina Panthers. Matt Rhule’s team need desperate help at quarterback and while this class of QB’s isn’t as talented as in previous years, the Panthers position means that they may have to take a signal caller here.

If they do, then Malik Willis (evens) or Kenny Pickett (3/1) will be that selection.

My gut feeling is the Panthers could move back in the draft and pick up either of these prospects so a trade is also possible here, but if nobody is interested in the Panthers pick at six, then I would not be surprised to see them take a QB here.

The other pick where something unusual may happen is with the Seahawks at 9. Having lost so many experienced team leaders this season through trades and Free Agency, I think the Seahawks badly need someone who can come in and take the lead, especially on defence.

There are plenty of rumours that the Seahawks are seriously considering Devin Lloyd (7/1) here with this pick, given his skill set and the fact he is a position of need (Linebacker) for the Seahawks.

The Seahawks could also go with a QB, with Willis or Pickett, if either are available, also someone that they may well consider.

So tune in to the draft on Thursday night to see the first 32 picks in this year’s annual NFL lottery of the top college football talent.