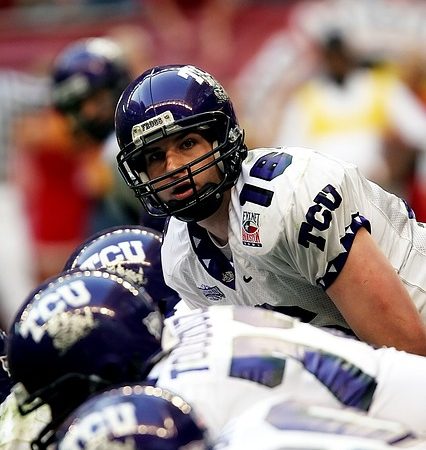 Head to bet365 Sport right now for some fantastic NFL Futures betting across a wide range of markets. Here’s our tips for just a few!

We are approaching that time of the year when things start to get serious across the various training camps for teams in the NFL.

With the first games of pre-season just a few weeks away, all 32 teams will be stepping up their pre-season preparation with a view to being ready for the big kick off in the regular season in September.

However, this is also a very good time to get some excellent value odds on your Futures NFL betting for the season and with bet365 Sport offering a very enticing range of bets, you won’t be short of choices on where to put your money.

After the Los Angeles Rams landed the Super Bowl last season and following a busy Free Agency period, plus the drama of the 2022 NFL Draft, the teams are now busy whittling down their pre-season squads down to the regular season limit of 53 players on their active roster.

There’s some tough decisions ahead for teams and there will certainly still be a few surprises when teams announce their roster cuts in the lead up to the season starting in September.

For now though, let’s focus on the players that we know will be on a roster somewhere this season as we take a look at some of the best player-focused future markets bets you can make on the NFL right now.

Which player will score the most passing touchdowns is always a great market to bet on as the options are generally few. What you are looking for is a team with a reliable quarterback, who stays fit and who operates in a pass-heavy offense that scores lots of points.

There are a couple that fit the bill here such as Aaron Rodgers and Matt Stafford (8/1), Joe Burrow (10/1), Patrick Mahomes, Tom Brady, Josh Allen and Justin Herbert (all 6-1 joint favourites).

It does very much feel as though these are the prime candidates, although you could also add Dak Prescott (12/1) and Russell Wilson (16/1) to that list, though I feel these quarterbacks probably won’t see their team score enough points this year to be up at the very top of this ranking.

Tom Brady generally is a solid one to back here alongside Aaron Rodgers, but with Rodgers missing his top receiver in Davante Adams, who moved to the Raiders, and Brady missing his top partner in crime Gronkowski, who has retired, I think there is room for a new name atop this list.

Mahomes is a good bet, but I think the Chargers offense is going to be very explosive this season and so I’d back Justin Herbert to pip Mahomes and Josh Allen to top spot here.

Of course, if someone is going to be throwing passes for touchdowns, then you need someone to catch them and this makes the receiving TD market very interesting too. Last year, Cooper Kupp dominated this market for the Rams and he is the 9/2 favourite to do so again after signing a stellar contract in the off-season.

However, he has some stiff competition from the likes of Ja’Marr Chase, Mike Evans, Davante Adams, Stefon Diggs, Justin Jefferson, Travis Kelce and more.

Finding a bona-fide number 1 receiver who will be the go-to guy for most touchdown passes is tough as quarterbacks and coaches will often rotate their targets to keep defenses from keying in on one player.

However, some receivers are just so talented, or so much better than the other receivers on the roster, that they are going to get more targets especially in that key red zone.

Looking at the teams likely to score enough touchdowns, I think Stefon Diggs of the Bills is going to be the man to back here at 9/1. The Bills should score plenty of points in the AFC East, which is one of the weaker divisions in the NFL and he’s the clear number 1 WR threat in Buffalo, so he should get plenty of targets from Josh Allen this season.

Jonathan Taylor won this for the Colts last year and he is the 4/1 favourite to land the most rushing touchdowns again this season. In truth, I think there are only a handful of players that will challenge for this trophy and most of them are based in the AFC.

Derrick Henry at 6/1 has to be considered as he is the best running back in the NFL and the Titans do like to run the ball and in truth, I think this category is between these two AFC South rivals.

I think that the Colts went to Taylor so often last season because they lacked a fluent passing game, with Matt Ryan at QB, they should have that, so I can see Taylor being used a little less.

In contrast, with the Titans losing A.J.Brown and Julio Jones this off-season, I think Derrick Henry being back to full fitness will see him relied on heavily on offense and I think he will score the most touchdowns from running back this year.

The honours for passing yards will see the quarterbacks in the battle for top passing touchdowns likely feature strongly in this category too. Tom Brady led this category last year and he is a very good bet to do so again this year.

My only nagging concern with that is that the AFC West is so stacked with offense, I can see teams having to score 40 points or more in their divisional games in order to land the win and as such, it kind of makes sense that these teams quarterbacks will be up at the top of the rankings here.

As such, I am going for Justin Herbert to land the passing yards, passing touchdowns double and he is 13/2 to win this category in the NFL next season.

Defensive Rookie of the Year

It can be tough for rookies to make an impression in their first season in the NFL, while others take to life in the pro ranks like a duck to water. Looking at this year’s draft class and the teams that they play on, I think Aidan Hutchison of the Detroit Lions should have a big impact, as will Travon Walker at the Jacksonville Jaguars.

However my pick is Ahmad “Sauce” Gardner of the New York Jets who is a 10/1 shot here because I think teams will target the Jets secondary a lot next season and that may well give Sauce a chance to shine.

Offensive Rookie of the Year

Picking an offensive rookie of the year can be very tough as it can be hard for players to come in and make a big impact from their first year as a pro on offense and those that do, tend to be on the offensive line and not in the eye-catching positions.

As such, I think Treylon Burks at the Titans could be set for a good year as he has some big boots to fill in the shape of AJ Brown and I think at 8/1, he is a solid bet here.

Aaron Rodgers has won the MVP award the past two seasons, but I think losing Davante Adams hampers his chances to three-peat that success this year.

Josh Allen seems to be the key pick and I think his arm allied to his rushing ability makes him a very wise choice at 7/1, but I think all things considered, if I’ve backed Justin Herbert to win the Passing  TD and Passing Yards award, then he should be a very good bet to win this one too.

So I am sticking my money where my mouth is and backing Justin Herbert to land the win here.