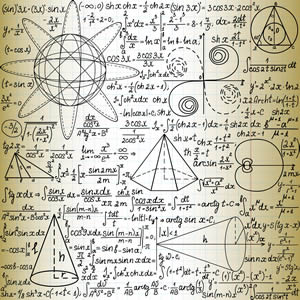 Poker theory and strategy has expanded by leaps and bounds since the poker boom brought in a whole swath of new, young, mathematically inclined players. But before concepts like polarized vs. merged ranges, GTO 3- and 4-betting ranges, and ICM, were bandied about on the forums, poker theory was simpler and more generalized. 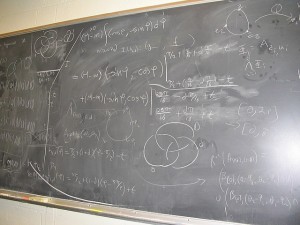 Back in the 1980’s and 1990’s the only strategy anyone gave any credence to was a tight-aggressive approach, and theory was for the most part abstract. Since it was tight-aggressive or the highway, it was the theory part of poker that was most often debated on an abstract level.

In the days just before the poker boom, when computer simulations were still in their infancy, the poker-verse was focused on more general concepts like schooling, Morton’s Theorem, and perhaps the most well known poker theory ever introduced – David Sklansky’s Fundamental Theorem of Poker.

It was a combination of poker theory and first-hand experience that players relied upon to formulate their strategies, but as soon as it was introduced the fundamental theorem of poker was front and center in just about everything players did, and impacted every theory discussion from then on.

The Fundamental Theorem of Poker was taken as fact.

It should also be noted that the fundamental theorem was only considered 100% applicable for heads-up play, not multi-way pots, although it did have a lot of validity in those circumstances as well.

As obvious (or as simple) as this seems in the modern poker world, back in the 1990’s this was mind blowing stuff, and was only disseminated to a very small group of poker players who purchased Sklansky’s book the Theory of Poker, or were active on the earliest poker forums, which was actually a newsgroup called Rec.Gambling.Poker or RGP.

Back at this time people were still considering whether or not it’s better to keep an opponent around with smaller bets or to end the hand immediately with a larger bet if you held a marginal hand, and three betting was almost always AA or KK, and four- or five-betting was about as common as snow in Miami.

Theory of Poker stands the test of time

The reason it was so popular, and treated as poker’s infallible theory was it worked.

People who followed the concepts in Theory of Poker (all based on the Fundamental Theorem) were almost guaranteed to be winners at the poker tables. Fortunately it wasn’t a widely read book and most people only understood it at a cursory level.

The book, Theory of Poker was basically the top-rated and most recommended poker book in existence from its publication until the mid-2000’s, when new strategies and theories were formed and the Fundamental Theorem started to show some cracks in its concreteness.

Still, Theory of Poker was a game-changer when it comes to poker books. Sklansky, along with Mason Malmuth (whose company 2+2 published the book) were both already considered prolific and expert poker and gambling authors, but it was Theory of Poker that put Sklansky on the map as THE poker strategist.

For someone just getting into poker I still think Theory of Poker (even though it is some 15 years old, and theory and strategy have evolved so much since it was first published) would be an excellent first read.

In part because of the Fundamental Theorem of Poker, Theory of Poker will go down as one of the all-time poker books, an absolute game-changer for the game much like Doyle Brunson’s Super System, Dan Harrington’s Harrington on Holdem, or Cole South and Tri Nguyen’s Let There Be Range.

Do you have your own poker theory? If so, why not put it to the test, check out the fantastic Sky Poker no deposit bonus available right now.