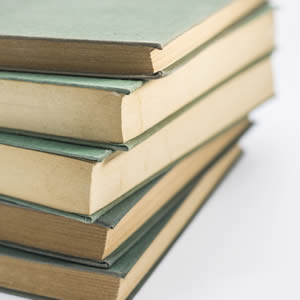 In late 2009 the online poker world was abuzz in a way it had never been before. In fact, the entire poker world collectively stopped what it was doing to watch the nosebleed tables at Full Tilt Poker where an unknown player was in the middle of what would turn out to be the biggest roller coaster ride in online poker history.

This anonymous Swedish poker player was known only by the Tolkien-inspired screen name he used, “Isildur1.”

Isildur1 may have been unknown at the Full Tilt poker tables, and in the U.S., but European players were quite familiar with the anonymous Swedish pro, having watched him dominate the iPoker network’s virtual tables for months on end.

While he was officially anonymous, many people rightly guessed the man clicking the buttons behind “Isildur1” was 20-year-old Viktor Blom.

What was even more impressive than Isildur1’s willingness to come out of nowhere and jump into the biggest games against the best players (there was no feeling out process at $5/$10 or $25/$50), was his absolute destruction of those games.

The high-stakes poker world is known as a collection of ultra-aggressive players, but they had seemingly met their match in terms of unbridled aggression when Isildur1 arrived. No matter how aggressive they were, Isildur1 trumped them.

After his first few sessions he was a huge winner, and a few weeks later, when the dust settled, Isildur1 was in the black by about $5 million, all the while dominating the game’s top players.

The saying is “all good things come to an end” and for Isildur1 the end came quickly and abruptly.

After using his unorthodox strategy (erratic is the best way to describe it) to crush the games, the top players in the game started to “figure out” Isildur1’s playing style, not to mention that Isildur1 started to perhaps overestimate his ability considering he regularly played heads-up matches against two or three of the top players at the same time, otherwise known as committing bankroll suicide.

So it wasn’t too much of a surprise when the inevitable downswing occurred.

Pretty much everyone in the high-stakes community got in on the action while Isildur1 hemorrhaged away all his winnings at the FTP tables. And it all went, through a combination of picking bad spots, poor/tilted play, and running bad.

In the throes of his downswing Isildur1 suffered the worst loss of his career, and what remains to this day the single worst loss in one session in online poker history.

For Isildur1 the day began against a usual opponent, Brian Townsend, but the losses came against Brian Hastings, who happens to be a friend of Townsend. This link will be explained in a moment.

Hastings put a beating on an increasingly tilted Isildur1 the likes of which the poker world had never seen, taking $4.2 million off the young Swede during the course of the session and essentially delivering the knockout punch to his FTP career.

Following the historic win, the poker media swarmed to talk to Hastings, and in an interview with ESPN he let slip a minor but very contentious detail about the session:

“We’ve done quite a bit of studying of his habits.Honestly, I give most of the credit to Brian Townsend here. I mean, Brian is honestly the hardest worker I know in poker. He analyzed a database of heads-up hands that Isildur1 had played and constructed ranges of what Isildur1 was doing in certain spots.

In a way, I feel bad that it wasn’t Brian who got this win instead of me. Obviously I’m happy and I’ll take it, but Brian did a ton of work. The three of us discussed a ton of hands and the reports that Brian made, so I’m very thankful to him and to Cole as well.”

Blom was quiet about the data-mining performed by two or three players (a clear violation of the site’s terms and conditions) for a while, but eventually spoke about it to Bluff Europe, saying:

“And yes, the collusion. I think they were angle-shooting, and cowards. One time I remember playing Cole South in a 300-600 game and I was so tilted that I was 3-betting every hand. And he was up and suddenly he quits! I said, “wtf?” He says sorry, he has to go.

I thought to myself wtf is he doing? Then, seconds later, Hastings sits down (laughs). They were probably sitting next to each other! Then he beat me for $4.5 million. “

When Isildur1 finally hung it up at Full Tilt Poker, just a couple months after first sitting down, he was a $2 million loser and was involved in the ten largest online poker pots of all time.

After going MIA for a few months Isildur1 eventually resurfaced.

His playing style was just as aggressive, but the stakes he was playing had diminished. To his credit, he has done a much better job managing his bankroll ever since.

However, even at the lower stakes, Isildur1 was still an enigma to the poker community, and still one of the most talked about players in the game.

His fame (or better stated, infamy) led PokerStars to sign him as a sponsored pro in late 2010.

Isildur1 was officially unmasked as Viktor Blom (one of the worst kept secrets in poker at that point in time) during the 2011 PCA, and was later PokerStars second most heavily promoted pro behind Daniel Negreanu.

PokerStars featured Isildur1 in a series of heads-up challenge matches (known as the Superstars Showdown) against other pros and even an occasional online qualifier staked by PokerStars. Isildur1’s record in these matches was an impressive 9-2, with his only losses coming against Ike Haxton.

When PokerStars settled with the DOJ and acquired Full Tilt Poker, Isildur1, who made his name at the Full Tilt tables, moved from PokerStars to FTP, where he remains as a sponsored pro.

Isildur1 has a number of accomplishments on his resume, but this column is only about his early days. Perhaps someday I’ll be able to write a Poker Legends column about the greatest online poker player of all time.