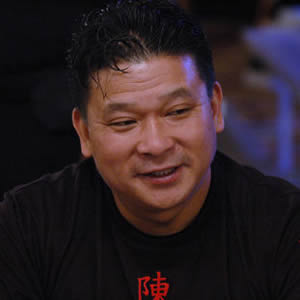 Great Moments in Poker History: Johnny Chan Goes Back to Back to Almost Back

Thanks to the cult success of the 1998 Matt Damon/Edward Norton movie, Rounders, pretty much everyone in the poker world became aware of the circumstances behind Johnny Chan’s 1988 World Series of Poker Main Event victory. You know, how Chan bested Erik Seidel with a slowplayed straight to claim his second consecutive WSOP title. 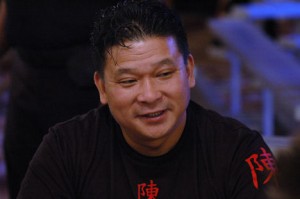 Most people have 1988 committed to the memory banks, but few people are aware of how Chan won his first World Series of Poker Main Event title at the 1987 WSOP or even who squared off against for the title: SPOILER, ALERT, it was Frank Henderson.

In 1987 Chan also had to survive a murderer’s row of a final table that included Mickey Appleman, Jack Keller, Howard Lederer, Dan Harrington, and Bob Ciaffone.

So you see, Johnny Chan didn’t simply burst onto the poker scene in 1987, he slowly became the top player over a five year period.

Wait there’s more. Are you aware that Chan came the closest to three-peating as WSOP Main Event Champion when he finished as the runner-up to Phil Hellmuth at the 1989 WSOP Main Event final table?

And it’s this final entry on Chan’s resume that we will focus on today.

Below you’ll see how the 1989 final table unfolded, and how Chan was denied an even greater place in poker history than he currently holds.

You’ll also see how one particular hand and jumpstarted the career and legacy of Phil Hellmuth.

Before I get started I think it’s important to put things in perspective as this was a clash we are unlikely to ever see again, as the two players who competed for the 1989 WSOP Main Event title collectively have 23 WSOP bracelets.

The 1989 WSOP Main Event final table lineup wasn’t quite as strong as the one Chan triumphed over in 1987, but considering there were three WSOP Champions (Hellmuth, Chan, and Noel Furlong) and three Poker Hall of Famers (Chan, Hellmuth, and Lyle Berman), as well as recent PHOF nominee George Hardie this wasn’t a table of slouches either.

The first elimination of the day came when Johnny Chan eliminated future WSOP Champion Noel Furlong after Noel got a bit too aggressive with a pair of 4’s, sending the aggressive Irishman to the rail in 6th place.

Next out was Lyle Berman who played flawless poker, but was still cursed by the poker gods as he got coolered on a K-7-6 flop holding AK; Johnny Chan had pocket 7’s for the flopped set, and Berman was the 5th place finisher.

The next elimination was a two-for-one affair as Phil Hellmuth eliminated Steve Lott and Don Zewin on the same hand, despite being a pretty big dog to do so: Hellmuth held AT, Zewin pocket 10’s, and Lott pocket 2’s.

This hand setup what is now a classic showdown between two Rushmorian poker players, but at the time it was simply the greatest player in poker against some lanky kid with a high-pitched voice.

Chan had the experience advantage, but Hellmuth had the technology advantage, as he was wearing a state-of the-art 1989 SONY WALKMAN, while Chan relied on his “lucky” orange – yes an actual orange he kept on top of his chips.

I’m serious, you can see it here:

In the end it would come down to the two-time reigning champ  Johnny Chan, and the 24-year-old , relatively unknown kid from Wisconsin, Phil Hellmuth.

Hellmuth had a significant edge thanks to the previous double elimination, as Phil began heads-up play with a pretty big chip advantage over Chan.

Chan didn’t do himself any favors by overplaying A/7 against Hellmuth’s pocket 9’s at the beginning of the heads-up match, a hand that sealed his fate and gave the 1989 WSOP title to Hellmuth.

Had the heads-up match gone the other way (or had Hellmuth not one the three-way clash with Zewin and Lott) who could say poker history may have been changed – Perhaps Phil would have turned to writing children’s books as the announcers say he does in his spare time during the broadcast.