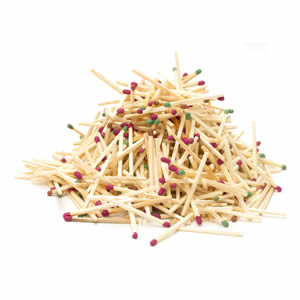 2003 is commonly referred to as the start of the poker boom, but the period following Chris Moneymaker’s historic World Series of Poker victory in 2003 was far from the first Golden Age of poker. In fact the game’s current popularity may not even be its historical high water mark.

The game was thriving along the Mississippi River throughout the 1800’s and was one of the biggest drivers of the economy in places like Tombstone and Deadwood in the final 20 years of the 19th Century, as people scrambled across the west (from Colorado to Alaska) in search of the next big ore strike.

Oh no, poker booms are not a new phenomenon.

But all of these periods of plenty might pale in comparison to the real “poker boom,” which occurred in San Francisco as prospector’s poured in from around the globe in 1849.  It may not have been strictly a poker boom, but in those days poker was just one of the game’s that professional gamblers mastered in order to ply their trade.

The Gold Rush AKA the Gambling Rush

In 2015 poker pros travel around the globe from tournament series to tournament series looking for the biggest and best games they can find. Travelling is almost a job requisite for poker players and it has always been this way.

In the 1800’s the same thing occurred, as professional gamblers would follow the prospectors from boom town to boom town, looking to win the gold and silver almost as fast as it was pulled out of the ground – and in some cases, where chicanery was involved, leaving in quickly and quietly before they were run out of town or worse.

One spot in particular proved very profitable for both prospectors (the ones who got there early anyway) and gamblers: San Francisco in 1849.

When gold was discovered in January of 1848 it didn’t take long for word to spread, and soon people were flowing in across land and by sea. It did take some time to get there though, as the trek to California would take most people close to a year in those days.

But by 1849 people were arriving so fast that boats on their last leg would sail into San Francisco harbor where they were then scuttled, with later parts of the city built over this ship burial ground.

A lot of these ships contained the professional gamblers who were doing what they did best and following the money.

According to Richard K. DeArment’s Knights of the Green Cloth, the first big gambling establishment in the city was the Parker House, built in 1849 (they didn’t waste any time in those days), which rented out the downstairs to gaming operators for $10,000 per month in 1849!

Let that sink in for a moment, and you’ll see why a modern gambling mecca like Las Vegas isn’t all that different from the gambling houses of old.

What made gambling so popular was it was one of the few leisure activities available, as most of the men moved out west before their families, and if they were lucky enough to strike gold, one of the only ways to spend it was drinking, cavorting and gambling at the Faro or poker tables. California was too far west, and too new to have entertainment and cultural districts in its early days, so it was “sin and vice” that dominated the night.

Gaming was such big business in these locales that if a gaming hall burnt to the ground (a not uncommon occurrence when you combine throngs of people, drinking, and oil lamps) they wouldn’t miss a single day as the entire operation would simply move into a temporary tent and the building rebuilt in days.

Within a year of the Gold Rush starting pretty much every professional gambler in the U.S. had setup shop in San Francisco, and they stayed longer than they had anywhere else as gold kept pouring out of the ground.

The legacy of gambling during the Gold Rush

Even when it became a state in 1850, California never outlawed poker or gambling (common back east), so for decades, and during the entire gold rush, gambling was more or less legal in the state.

It wasn’t until 1884 that certain forms of gambling were outlawed in California, a byproduct of the temperance movement that was spreading across the nation at the time and the finality of the Gold Rush, but certain forms of poker were never expressly forbidden (only “Stud Horse” poker) which led to a debate over the legality of Draw Poker, which continued to thrive in California despite its ambiguous legal standing.

In 1911 Draw Poker was officially legalized in the state, allowing card room operators to once again bring their games into the light of day, and ushering in one of the world’s most thriving poker economies.

A number of card rooms fought the law that forbade them from offering Holdem and Stud Poker games in the 1970’s, and in 1987 they finally prevailed, and all forms of poker were once again legal in the state.