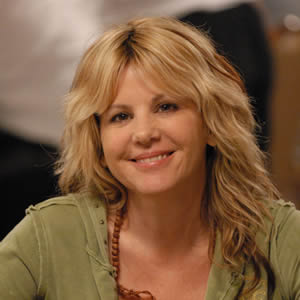 The former Full Tilt Poker pro was one of the top female poker players during the early days of the poker boom, and her outgoing, upbeat personality was a stark contrast to many of her female contemporaries like Annie Duke or Kathy Liebert.

During the poker boom Violette looked a young up and coming player, but underneath her youthful exterior was the mind and experience of a grizzled poker veteran. She may have looked like a 20-something, but in 2004, when she won her first and only WSOP bracelet, Violette was in her 40’s. Her 40’s!

Violette was ahead of her time in the poker world, regularly playing high stakes cash games with the boys, and was one of the first women to breakthrough in poker and gain mainstream exposure, where like Jen Harman she had earned the respect of the old boys club of poker players.

Even before the poker boom, Violette was featured in Cigar Aficionado Magazine (which would have been huge news for ANY poker player at that time, let alone a female poker player) when a feature story on Cyndy appeared in the popular print magazine way back in 1999 – interestingly, the article was written by Michael Konik who would go on to a bit of infamy in the poker world himself.

Upbringing and start in poker

The New York native was always a card player, even as a kid, but she really got her start in poker in Las Vegas. Violette landed in Sin City when her family moved their when she was just 12. Within a decade she was about as local as local can be in Vegas, considering Violette spent her early 20’s dealing and playing low-limit poker around Vegas before quitting the game to get married and start a family.

Violette and her husband moved away from Vegas and Cyndy spent the next two years poker free.

But her poker hiatus would only last those couple of years. Following a split from her husband Violette went back to poker, but this timed she was focused and not content with small stakes games. Before long she had climbed the ranks and was considered not only one of the top female players in the game, but one of the top players in the game, with a special affinity for Stud Poker.

With her East Coast upbringing it’s unsurprising that she is one of the best Seven Card Stud players around, and she’s managed to maintain her Stud Poker skills by splitting time between Las Vegas and Atlantic City for many years, particularly when Atlantic City’s poker scene was in its early years.

But Violette can hold her own in practically any game, particularly limit betting games like Omaha 8, Limit Holdem, and of course Stud variants. Even now, Violette is likely a favorite in some of the biggest stud games available.

Outwardly Cyndy was just a tiny, bubbly blonde, who seemed way to happy and upbeat to be a professional poker player, but her appearance worked as the perfect mask for her killer instinct.

A World Series of Poker bracelet winner (Cyndy won a Stud tournament in 2004), with eight WSOP final tables on her resume, Violette has had a solid career in poker tournaments, but her real accomplishments have always come at the cash game tables.

Despite focusing on cash games, and never cashing for more than $295K in a tournament, Violette has racked up over $1.3 million in career tournament earnings according to her Hendon Mob page, good enough for 23rd all-time among New Jersey players and 17th all-timed among female players.

Violette is also a proponent of living a healthy and spiritual lifestyle – she recently opened a vegan restaurant in Las Vegas, and is one of the most respected and loved poker players in the community.

Do you fancy following in the footsteps of Cyndy Violette? If you do, sign up with Sky Poker by clicking on the link to get the latest Sky Poker no deposit bonus credited to your account when you join.