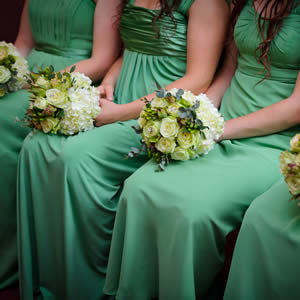 Let’s see if you can guess the player profiled in this installment of our Poker Legends series. 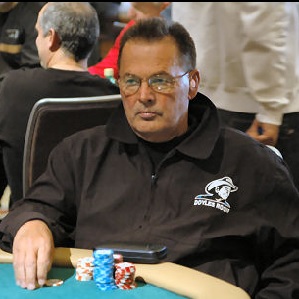 Clue #1: He’s never won the World Series of Poker Main Event, but he is a two-time runner-up in the tournament.

Clue #2: He was the runner-up at the 2003 WPT Five Diamond World Poker Challenge.

The 4th and final clue: His name is not TJ Cloutier or Crandell Addington.

If you guessed Dewey Tomko give yourself a round of applause… now close 2+2, slowly back away from the computer, and put down your copy of Cowboys Full: The Story of Poker, because you’re obviously spending too much time studying the history of poker.

To be fair to the man, calling Dewey Tomko a poker player is a bit of a misnomer. Dewey Tomko is a gambler, and a damn good one. Especially on the golf course – he owns one down in Florida by the way.

As Dewey once put it, “I’m a guy who bets on anything.”

How good of a golfer is Dewey Tomko?

12-time PGA tour winner Rocco Mediate once quipped that if he had to pick one person to putt for his life it would be Dewey Tomko -not Tiger Woods, not Phil Mickelson, not Jack Nicklaus. Dewey Tomko!

Dewey’s golf wagers are rumored to regularly run into the six-figure range, and sometimes even hit seven-figures, but as is often the case with these tales, they get stretched and morphed over the years, so it’s hard to know what is fact and what is fiction.

If you’re interested in reading some of these possibly true stories about Dewey Tomko’s betting history this ESPN article is a good place to start.

Even though I call Tomko a gambler, there is no doubt in my mind he was also a world class poker player, and could have been an all-timer had he focused on the game.

What makes this all the more impressive is Tomko wasn’t a full time poker player for the bulk of his career.

As impressive as his results are, it’s the way they happened that makes Dewey memorable.

Tomko is one of only three players to have finished as the bridesmaid at the World Series of Poker on two separate occasions. TJ Cloutier and Crandell Addington are the others. Puggy Pearson also has two runner-up finishes, but Puggy also won the WSOP Main Event.

But Tomko holds the records for the longest period of time between his runner-up showings.

Dewey’s first brush with poker immortality came in 1982, when Tomko lost to “Mr. Chip & a Chair” Jack Strauss. Tomko’s second runner-up finish came an astounding 19 years later, when he was bested by Carlos Mortensen in 2001.

What would a poker career be without a little controversy?

In 2014 Dewey’s name resurfaced in the poker world when his name appeared in the byline of an anti-gambling op-ed penned by James Thackston and Bill Byers. The op-ed was later removed when Tomko (who had a business relationship with the other authors) claimed he never signed off on the op-ed.

Thackston’s suppositions were easily debunked, and his true motives were brought to light.

Dewey managed to come out of the whole debacle relatively clean, even though lingering questions remain about his involvement on this front.

This fascinating story can be found in full here.