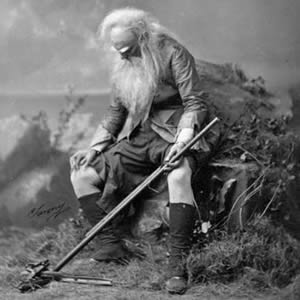 O’Neil Longson presented a complete contradiction in terms of his appearance and demeanor and his style of play. Outwardly O’Neil looked like your average poker playing retiree, always well dressed with a suit coat and always playing the game quietly and without emotion, an appearance that belied his unbelievable aggression and willingness to gamble at a poker table.

O’Neil’s age and demeanor were in complete contradiction to his poker game. As one old RGP’er once asked,”Who is O’Neil Longson? Just going over past Lowball tourney’s results. Spotting his name a few times, is he just some old retiree who plays occasional games in Vegas..?”

The answers he received from the poker community demonstrated just how important an image can be in poker!

One respondent, Omaha 8 or better bracelet winner Steve Badger, noted, “The times I’ve played cash games with him, he’s always been super aggressive. His sleepy demeanor, though, tends to cause players who don’t know him to underestimate him.”

“One of my favorite tournament stories. Lowball. Player utg raises, next reraises, I fold, next player only has four cards because one was exposed (I forget exactly the circumstance but I think two cards may have ended being exposed)… the player with four cards want to re-re-raise.

Someone starts talking about a misdeal. Three raisers screaming it isn’t a misdeal. Fellow in the big blind insisting it is misdeal. Lowball players are annoying enough, but when yelling…

Tournament director (Jack M., who is not particularly familiar with lowball) called over, much yelling… O’Neal who is next to act after the four card guy is sleepy-looking, silent, not sure he has a pulse. Jack M. says misdeal, five seconds of hollering, and then O’Neal silently turns over his pat wheel…. A2345, best hand possible.”

That was O’Neil Longson in a nutshell, never willing to give anything away.

O’Neil is a three-time World Series of Poker bracelet winner, winning in three different variants: Deuce to Seven Lowball, Razz, and his favored form of poker, PLO. In his career O’Neil finished in the top 4 on 12 different occasions in WSOP tournaments including five runner-up finishes.

When it came to poker O’Neal was a master of all forms, as his poker resume indicates.

In addition to his three WSOP bracelets, O’Neil won the 1996 United States Poker Championship 7-Card-Stud Championship (a very prestigious tournament back in 2006), and O’Neil could play Holdem too, with the following results:

O’Neil’s full tournament results can be found at The Hendon Mob.

His ability to play so many games at such a high level made O’Neil a very strong cash game player, as did his ability to deceive the unaware, utilizing his outward appearance to mask his unbridled aggression, and of course his age, which O’Neil wielded like a secret weapon as you’ll soon see.

In the book, Morrison recounts how O’Neal battled back at the final table from a single chip, and even mentioned that he was nodding off at the final table (surprise surprise), which duped Morrison into thinking the aged player wasn’t fit to compete.

As Robert Turner explained to me, “O’Neil did not hear that well and wore a hearing aid. You had to get directly in front of his face to talk to him. He had a bad habit of sleeping at the table.”

This seems to be a trait O’Neal sometimes played up, and I’ve found virtually every O’Neil story begins with “he was dozing off.”

O’Neil was well known for his aggression, his overbets, and his penchant for betting blind, but his signature move was absolute genius. It seems the septuagenarian was sly like a fox, and would often feign that he was dozing at the table only to suddenly “wake up” both figuratively and literally with aces.

Experienced players quickly realized that if O’Neil was “sleeping” at the table and still had cards in front of him, watch out.

However, O’Neil didn’t always have a monster when he dozed at the table, sometimes he was just, well, sleeping, as Robert Turner detailed in this O’Neil Longson story that took place at the Golden Nugget sometime around 1984:

“On this particular night I decided to play a trick on him. After a hand was over, I slid two kings under his hand. We put a bunch of chips in the pot and a fake flop with a king and two tens. He had top full.

I punched him to wake him up to act on his hand. The dealer pushed the pot to me at the same time. He looked down and saw the two kings. As he was getting his bearings, the dealer told him, ‘You didn’t act on your hand. Your hand is dead.’

It took a long to explain to him that we set the whole hand up. He took it very serious. He stayed awake after that incident.”

O’Neil has disappeared from the poker scene in recent years (not surprising for a man in his early 80’s) and is believed to be living in Salt Lake City, Utah.