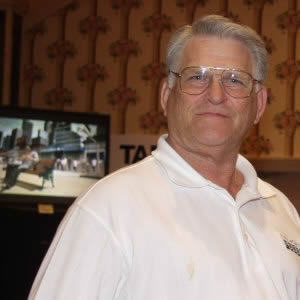 Bad beat stories are a dime a dozen in poker rooms across the globe and on poker forums across the Internet, but for one poker player one ill-timed bad beat in particular could be the difference between being a Poker Hall of Famer 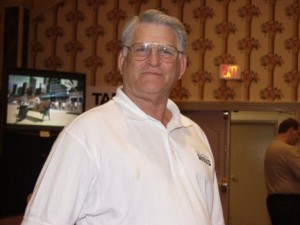 and a poker immortal: TJ Cloutier.

Modern players know TJ more for his questionable gambling habits and his penchant to sell/pawn his poker trophies, but let’s not discount his poker success, his contributions to the game, and his table manners and professionalism at the table.

Stu Ungar had his demons but that doesn’t make him any less of poker player, and neither should TJ’s personal financial issues.

TJ Cloutier was the first real tournament poker specialist the game had ever seen, and his achievements are impressive.

TJ Cloutier is one of the game’s legends, widely considered among the best tournament players of all time and a Hall of Famer, but he is also one of the game’s hard-luck losers in big spots, coming up just short in the World Series of Poker Main Event on two separate occasions, losing to Bill Smith in 1985 and Chris Ferguson in 2000.

During his career TJ finished in the Top 5 in the WSOP Main Event four times. In addition to his pair of runner-up finishes TJ finished 5th in 1988 and 4th in 1998.

In 1985 TJ lost to his longtime friend Bill Smith. TJ went into the heads-up battle with the chip lead but was crippled when he pushed it all in with 99 only to see Smith wake up with a pair of Kings. TJ would later describe Smith thusly: “Bill was the tightest player you’d ever played in your life when he was sober. And when he was halfway drunk, he was the best player I’d ever played with. No one could read opponents’ hands better than half- drunk Smith. But when he got past that halfway mark, he was the worst player I’d ever played with.”

Smith was playing great in the 1985 WSOP, clearly only half-drunk.

Both WSOP Main Event defeats were heartbreaking, but the one in 2000 produced one of the most memorable bad beats in poker history. Ferguson started the heads-up match with a 10-1 chip lead but TJ played superbly, and nearly erased the deficit. With similar stacks Cloutier got all the chips in the middle holding AQ to Ferguson’s A9and was about to put a stranglehold on the match when a heartbreaking 9 appeared on the river, giving the 2000 WSOP title to Ferguson.

As he always did, TJ took the loss in stride, saying something along the lines of, “that’s poker” and shrugging his massive shoulders.

Had TJ won the WSOP Main Event he’d likely be considered on par with names like Doyle, Moss, and Ungar.

TJ hasn’t had a six-figure cash since 2007, but even in this era of inflated tournament earnings thanks to high-roller and super-high-roller tournaments, TJ still ranks 26th on the all-time money list (10th when we adjust for inflation and 19th if we exclude tournaments with buy-ins over $50k).

Perhaps the most remarkable part of TJ’s $10 million in career tournament winnings is the fact he never won more than $896,500 in a tournament; he was simply the model of consistency. From 1990 -2007 TJ Cloutier finished the year with at least $130k in tournament earnings.

Cloutier is the owner of six WSOP bracelets, and the winner of over 50 tournaments according to his Hendon Mob database.

His last really big score came in 2006, when he finished in 5th place in the $50k HORSE Championship at the WSOP.

TJ, like many other peopled who cleaned up at the poker tables, lost most of his winnings trying to beat other games in the casino. TJ’s particular weakness was craps.

In 2013 Cloutier gave a very candid interview to Card Player Magazine where he discussed everything from modern poker to his struggles avoiding the craps tables. Whether you find TJ’s gambling foolish or not, you have to respect his answer when he was asked about the needling he sometimes receives:

“Yeah, they used…they didn’t know what the hell they were talking about anyways. It doesn’t bother me at all…I’ll go in there and they’ll say, ‘Are you going to the craps table today?’ when I haven’t been there in a year or something, you know; to hell with them.”