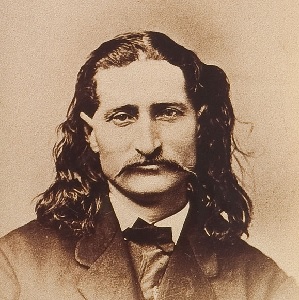 Here is something you may not have known, one of poker’s most famous practitioners was probably a losing player. 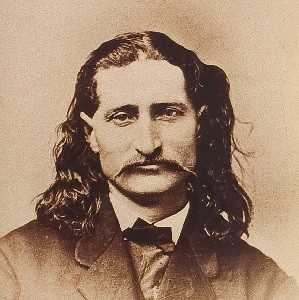 You’d be hard pressed to find a figure from the Old West better known than Wild Bill Hickok, and Wild Bill is as well known for poker as he is for gun fighting. Hickok was immortalized in the press of the day, and if the stories are even partially true he was involved in some of the most colorful stories of the era.

Hickok took part in what was believed to be the first of its kind “quick draw duel” when he squared off against David Tutt, face-to-face, in Springfield, Missouri. The duel came to be after a perceived slight by Tutt, who won Hickok’s watch the night before in a poker game and was warned not to parade town with it – Tutt did.  Tutt was also gunned down by Hickok for doing so.

In fact, a lot of Hickok stories can trace their origins to a poker table, and for good reason.

The lawman and gambler

Poker players have long sought ways to smooth out the variance of their chosen profession by taking on side gigs. One of the key components of these side gigs was the need for them to be flexible enough to allow the gambler to ply his primary trade.

In the 1800’s one of the best gigs for a professional gambler was being a town lawman.

Unlike today, sheriffs and deputies on the frontier spent most of their time patrolling saloons at night (when trouble was most likely to occur) and what better way to pass the time than by sitting in a poker game. There were no set hours, the law simply needed to get the job done when need be, with a lot of the salary based on commission.

This is precisely the type of lawmen Bat Masterson or Wyatt Earp were, and it was also the MO of Wild Bill Hickok. These were gamblers who moonlighted as law officers, not the other way around.

Rumor has it Wild Bill liked to sit with his back to a wall so he had a clear view of the door and the saloon. People claim this personality quirk was because he had acquired so many enemies over the years, but a more plausible reason would be that he was often on-duty while he played cards.

Wild Bill was probably not a great card player

While it’s difficult to guess how a person who lived 150 years fared at the poker tables, Wild Bill stories generally have the famed gunfighter coming out on the losing end, and unlike some other lawman/gamblers, Wild Bill was never known to be rolling in money.

For the most part, Hickok was living day-to-day, taking on any job that would pay him a wage without too much effort – although he would certainly accept a job that would potentially put his life in jeopardy.

For Wild Bill Hickok, his jobs in law enforcement, and later with Buffalo Bill’s Wild West Show, were what kept him in action at the poker tables.

So how does a losing player land in the Poker Hall of Fame and become a poker legend?

The answer to that question is two-fold.

First, the Poker Hall of Fame began as a novelty, and what better person to induct than perhaps one of the most famous people in the history of America.

Second, Wild Bill Hickok is the main character in one of poker’s most legendary tales; what came to be known as the Dead Man’s Hand.

The basics of the tale find Hickok (fast approaching 40 and not in the best of health) playing cards in the boomtown of Deadwood. After cleaning out a man named Jack McCall the night before (and offering to buy McCall breakfast, which the young drifter considered a slight) Hickok pulled up a chair the following day to resume the game.

Unable to get anyone to switch seats so his back could be to the wall, Hickok sat down anyway with his back to the door.

McCall, seeing his opportunity to exact revenge and perhaps make a name for himself, fired a bullet through the back of Wild Bill’s head mid-hand.

According to legend, Hickock slumped forward and his hand was revealed: Aces and Eights – the fifth card that complete his hand is hotly debated.