This coming weekend may well be the start of the NFL season in the United States, 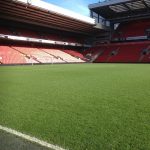 but here in England, it is also the start of the Football season with both the Premier League and the three divisions of the football league getting their seasons underway.

After Liverpool’s runaway success last season in winning the title, the teams chasing them have been making plenty of moves to strengthen their squads ahead of the season and it promises to be an intriguing first few weeks of the season with a number of top fixtures in those early games that could have a real bearing on how the season eventually pans out.

It is also a massive weekend for football punters too, many of whom will be placing their first bets of the new season this coming week.

If you would like to place a bet on the first round of fixtures in the new Premier League season, or you want to have a bet on which team will win the Premier League, or any of the other outright markets available for the forthcoming season, then a great place to start is with the latest bet365 New Player Bonus.

As a new customer not only will signing up this way offer you a chance to land up to £100 in bet credits, but you will also gain access to all other bet365 sites, plus the latest Live In Play betting across a massive range of sports (including Premier League games) and extensive Live Streaming options available for free if you have a credit balance account or have made a bet inside the past 24 hours.

If you are based in the United States then there are some great options open to you depending on which state you live in for betting on the Premier League and other big sports events, such as the NFL which starts this weekend. In Pennsylvania, you can enjoy great betting with the latest BetRivers Promo Code while the same site also offers a great deal for fans in Indiana, although this time you should use the BetRivers Affiliate Code “HOOSIERBONUS” to get a fabulous deal.

In states such as Nevada and New Jersey, one possible option is the latest DraftKings Online Sportsbook which offers a wide selection of sports betting and other gaming options too.

Let’s now take a look ahead to the Premier League season and give you our tips for some of the most popular betting markets, including a look at how we see this weekend’s eight games turning out.

Who Wins the Premier League?

For me, I think this year’s title race will still eventually be a two horse race but I 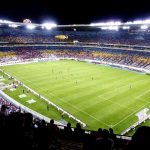 don’t see Liverpool and Manchester City having as big a gap to the teams below them as the past two years. Man Utd and Chelsea look best set t close that gap and while I can’t see them closing it all, I feel they will be closer.

Once again I expect a very tight race for the title and while Liverpool have the Championship, I think City will be the team coming out on top this season. Tip – Man City to win the EPL – 4/5.

due to competing in the latter stages of European competition. This means both these teams plus their week 1 opponents, Burnley and Aston Villa do not kick off their season until next weekend.

I think Arsenal are still a couple of players short of being genuine title contenders but they are heading the right way under Mikel Arteta and I think they will start the season with a win against newly promoted Fulham. Tip – Arsenal to win (11/20)

I do worry for Crystal Palace this season, I don’t see any real signs of improvement from them or any real direction. It feels like they are treading water a little and in contrast, I feel Southampton are going places. As such, I am backing Southampton to win here. Tip – Southampton to win (11/8)

I hadn’t been hugely impressed by the pre-season for either of these teams and then Newcastle snapped up Callum Wilson from Bournemouth for £20m and I think he will be a great signing for them here. I’d backed a draw up until that signing but now I feel Newcastle are the favourites. Tip – Newcastle to win (12/5).

The Champions begin their defence of the title, as they did last season, at home to the Champion sof the Championship. Leeds will be a decent force in this league under Bielsa, but I would expect Liverpool to come away with a relatively comfortable victory in this one. Tip – Liverpool to win (1/4). 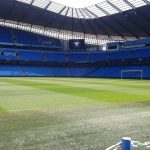 the top flight against a Leicester side who faded badly last season to finish outside the top four. Even so, I still expect the Foxes to be too strong for the Baggies here and to claim the win. Tip – Leicester to win (19/20)

Jose Mourinho hasn’t really got the best out of this Tottenham team since taking over as manager and Everton will be hoping new signings Allan and James Rodriguez can have a big impact on the team. It may be a little too soon for that and I am backing Spurs to continue their good run of results against Everton here. Tip – Tottenham to win (4/5).

Can Chelsea’s £200m worth of new talent inspire them to w ain over a Brighton side they have not lost to since 1933? They should certainly be able to land a win here and if they get off to a good start, who knows how far Frank Lampard’s team could go? Tip – Chelsea to win – 13/20.

Two of the teams that performed superbly well in the Premier League last season, I don’t expect either to struggle this time around too. This should be a hard-fought game of few chances and in truth, I think the draw is the best option here. Tip – Draw – 11/5.