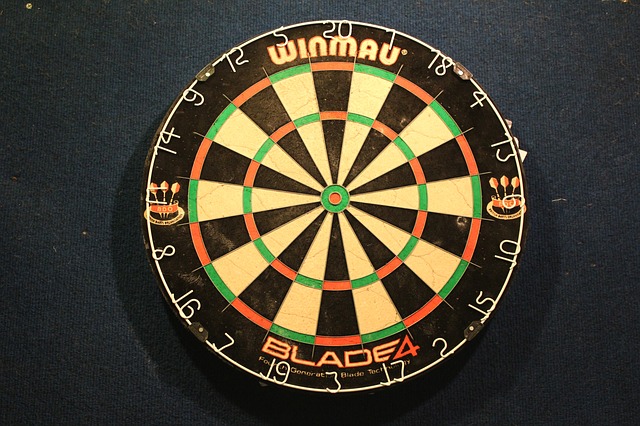 Night 7 of the Premier League Darts takes us to Rotterdam where the eight elite PDC players will face off in the latest round of action.

We have now had six nights of the new look Premier League Darts tournament and it is safe to say that the new format, of quarter finals, semi finals and a final on each night, with players earning points if they win at least one game each evening, has worked well.

The tournament remains one of the most keenly contested on the PDC Tour and the new format has certainly helped breathe a little extra life into the event, plus the advantage of two extra games each evening for fans to enjoy.

The old tournament was certainly interesting but did produce a number of meaningless games and frustrating draws at times. This new version does away with that.

Furthermore, it is always a hugely popular betting event too, with bet365 Sport offering an extensive range of bets on the tournament each week, plus a great selection of Live In Play bets on each match as it plays out (you can follow the action live each week on Thursday night on Sky Sports).

Before we take a look at the line up of quarter finals for this week, let’s bring you the latest update on how the first six weeks of action have unfolded, as well as the latest Premier League Darts table.

But ahead of that, let’s take a quick look at how the new Premier League Darts tournament awards the points each week.

The new format for the Premier League Darts tournament sees each of the eight players play at least one ‘quarter final’ tie each night. The four winners then progress on to the semi final and the two semi final winners contest the final.

Each match is a straight race to six legs at all stages of the tournament.

Points for the Premier League table are awarded in the following manner:-

The first stage of tournament will be contested over 16 nights, with each player playing the other in the table at least twice in the quarter finals over the course of the opening phase.

Then the top four ranked players in the table will head to the Finals to play a semi final and final to decide the overall winner of The Premier League.

Remaining nights in the tournament starting this Thursday are as follows:

This Thursday’s action comes from the Ahoy Arena in Rotterdam, which has been home to some special evenings in the Premier League Darts tournament in the past. Michael van Gerwen can expect partisan home support as he goes in search of his third victory in the tournament.

However, the race for the top four is tightening up especially after Gary Anderson and Michael Smith reached the final last week in Nottingham and with just nine points between Van Gerwen at the top of the table and Joe Cullen at the bottom, there is still all to play for, with a swing of five points possible on any given night.

Five different players have won each of the six nights so far with van Gerwen the only double victor, while the three players yet to win a night have been beaten finalists on at least one occasion.

After drawing a blank in the last couple of weeks, James Wade needs to pick up some more points in Rotterdam, but he has been given a tough draw against the current World Champion in Peter Wright.

Wright has picked up points on four of the six nights so far and has one victory to his name from the opening week and that is good enough to see him lie second in the table behind his great rival Michael van Gerwen.

Both these players are great scorers and for me it will be who hits the doubles that lands the win here and for my money, that will probably be Wright.

In the early weeks of the Premier League, Gary Anderson had a torrid time of things. Heading into week 6, he had won just one game in the tournament and lay at the bottom of the table.

However, he rediscovered something like his best form to win Week 6 to move himself off the bottom and up the table and back into contention for the playoffs.

Joe Cullen dropped to the bottom of the table with that win and the Englishman has found picking up wins against the elite tough going. I think he’ll find that the case here too as I am backing Anderson to land the win.

For me, this battle between the two Welshman in the tournament could be the best first round game. Clayton has moved his game on to an elite level in the last couple of years and Price is a former World Champion, so this will be close.

After being the leader in the table after the first two weeks, Clayton has won just one more game in the tournament since, whereas Price has started to find his form, but Clayton is a player who can snap himself out of a bad run at any time.

This should be a cracker and I’m going for Clayton to pinch a narrow win here.

The final quarterfinal tie sees home favourite Michael van Gerwen taking on Michael Smith, who has started to find his form in this event over the last few weeks after a very slow start.

A losing semifinalist on Week 4, he then lost twice in the Final in Weeks 5 and 6 to move himself off the bottom of the table and up to fifth, just behind Gerwyn Price, but the draw hasn’t done him any favours here.

You can’t really back against van Gerwen, especially in Holland, so I am backing van Gerwen to edge this.