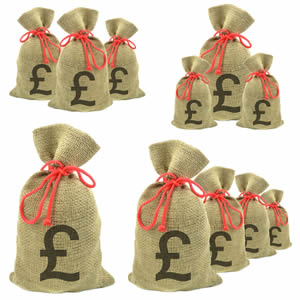 Usually, we like to bring you news of two great offers each week at No Deposit Poker, but this week we’re going to focus on one particular offer because, well, it frankly is too good to miss, 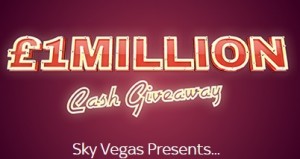 even if you are predominantly a Sky Poker No Limit Hold’em player.

That’s because this offer is the return of one of the most popular giveaways on any platform and that is the Sky Vegas Million promotion.

Each day, Sky Vegas are offering those customers who have obtained at least one Daily Ticket the chance to win one of over 2000 prizes as part of the Sky Vegas Million promotion. Furthermore, if you earn enough Daily Tickets, you can then earn yourself a Golden Ticket and give yourself a chance of winning £25,000 over a total of seven weekly draws in the weekly Golden Jackpot promotion.

The way you qualify for both of these draws is exactly the same; by earning daily tickets into the next daily draw.

For each daily draw there are over 2000 different prizes up for grabs, namely:

You earn entry into a daily prize draw by playing real money casino games on the Sky Vegas site. You can play a wide variety of slots and casino games as part of the promotion, though not all games are included (a full list of these games is provided below). In total there are more than 350 games on the Sky Vegas you can play to fulfil the requirement of the promotion to get a daily ticket.

Once you reach the required play through depending on your game, you earn yourself a daily draw ticket. This ticket (and any other you earn in that 24 hour qualification period) is entered into the following days daily draw, with any prizes you earn notified to your account. Top prize draw winners will also earn a place on the Sky Vegas Wall of Fame.

That’s important to note because the daily draw is only the first part of the Sky Vegas Million giveaway. Once you have earned 500 Daily Draw tickets, then you qualify for the second phase of the offer, which is the £25,000 weekly Golden Jackpot draw.

For every 500 daily draw tickets you earn, you will also earn yourself a Golden Ticket. These tickets are then entered into the next Golden Jackpot draw (which takes place at the weekend). There are a total of seven Golden Jackpot draws scheduled to take place over the course of the promotion.

As with the daily draw tickets, there are no limits on the number of Golden Tickets that you can earn in the promotion. Each Weekly Golden Jackpot draw sees just one prize, but that one lucky ticket holder will win £25,000.

Best of all, if you are lucky enough to win one of the £25,000 top prizes, your golden tickets will still be used in subsequent draws, meaning that it is possible that you could end up winning two big jackpot prizes, maybe even more.

The Sky Vegas Million promotion sounds fabulous and indeed it is. This is a simple and easy way to give yourself a chance of winning extra cash for doing nothing more than playing on the hugely popular Sky Vegas site.

However, in order to earn tickets you need to make sure that you are playing on the Sky Vegas games that do contribute towards you earning tickets for the offer.

There are a small number of games on the site, or accessible from sister sites, that are not included in the offer. You can still play these games of course, however any play on them does not contribute towards your next daily ticket.

The games that do not contribute towards the offer are:

However, you can play any of the 350+ other games on Sky Vegas and your play on these will contribute towards you earning your next ticket.

Remember, if you want to take part in the Sky Vegas Millions promotion, you don’t need a specific Sky Vegas account to do so. Your Sky Poker account will give you access to the site and the promotion. However, if you are not yet a Sky customer (and if not, why not?) then we strongly urge you to join today and claim your free Sky Poker no deposit bonus of £10 when you do so.

You’ll then be able to play poker and log in to Sky Vegas to participate in this fantastic giveaway through until the 17th May 2015.