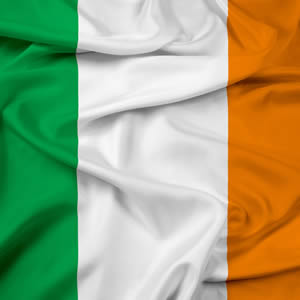 In 1999 Noel Furlong, a self-made millionaire who ran a carpet manufacturing company with an affinity for poker was crowned the World Series of Poker Main Event Champion. In the U.S. Furlong’s win was as remarkable as Hal Fowler’s twenty years prior in 1979. But in his native Ireland it came as no surprise. Furlong, despite his amateur status was no rube at the poker tables.

Furlong’s win capped off what had been called the Year of the Irish at the WSOP, but the Irish success at the 1999 WSOP was 20 years in the making, and began with a man named Terry Rogers. Despite very few poker players outside of Ireland knowing who Rogers is, Rogers’ mark can be found all over Irish poker.

Rogers is introduced to No Limit Holdem

Terry Rogers comes from a long line of bookmakers, and in 1979 Rogers headed to Las Vegas and found himself in Binion’s Horseshoe enthralled by the spectacle unfolding in front of him, the World Series of Poker. Rogers was enamored with the game, and upon his return to the Emerald Isle he debuted it in his private card room, The Eccentrics Club, which from then on featured, and  likely for the first time in Europe, No Limit Holdem games.

Rogers took his passion for No Limit Holdem Poker even further and created the Irish Poker Open in 1980. Other than the World Series of Poker, the Irish Poker open is the longest continuously running poker tournament in existence.

Rogers, along with Liam Flood, is often credited with introducing Holdem poker to Ireland and Europe, and was instrumental in the game’s popularity.

The Eccentrics Club is formed

From the get-go Rogers vision was to crown an Irish WSOP Champion, and the Eccentrics Club was his breeding ground, a veritable poker laboratory of sorts.

Ireland at the WSOP

But, despite Donnacha’s early success, it was a long 20 years for Irish poker players at the WSOP, with few successes mixed in. In 1989 Furlong made the final table of the Main Event, finishing in 6th place, and Donnacha won Ireland’s first bracelet in 1998 in a PLO event.

That was about it for the Irish poker players.

Everything came together in 1999, as Ireland not only had the Main Event champion in Furlong, but had two other final table participants Padraig Parkinson (3rd place), George McKeever (7th place), not to mention a 14th place finish by Mickey Finn.

Without doubt, the performance by the cadre of Irish poker pros at the 1999 WSOP helped usher in the poker boom in Europe that would fully explode some five years later – also assisted by Spain’s Carlos Mortensen winning the WSOP Main Event in 2001.

Rogers and Flood had been organizing poker tournaments in Ireland for years, but in 1980 these tournaments suddenly changed from draw poker to Holdem poker events, and the Irish Poker open was born.

The IPO was the first major tournament with a female champion, Colette Doherty, who won the IPO in 1980 (the inaugural IPO) and again in 1991.

Because of the relationships he formed in Las Vegas at the WSOP, and because of their respect for Rogers, who often gave the big name poker players great odds according to an excellent column by Brendan Murray, he was able to talk some of poker’s biggest names into a trip to Ireland for the 1982 IPO. Players like Tom McEvoy, Jack Keller, Stu Ungar, Doyle Brunson, Chip Reese, and Perry Green obliged and were semi-regular participants in IPO tournaments over the years.

After terry’s passing in 1999, Flood took over the IPO (Flood passed away in 2014) and in recent years the tournament had a resurgence after Paddy Power teamed up to sponsor the IPO.

Rogers, like so many other non-players has been overlooked by poker enthusiasts, which is a shame considering he likely accelerated No Limit Holdem’s European progress by two decades and created one of the lasting poker tournaments in the game’s history.

If you’d like to sample a little of Rogers legacy, why not try your luck at any of our fantastic no deposit poker rooms today? Click the link for details on how you can claim a £10 free Sky Poker bonus to begin playing right now without having to make a deposit.