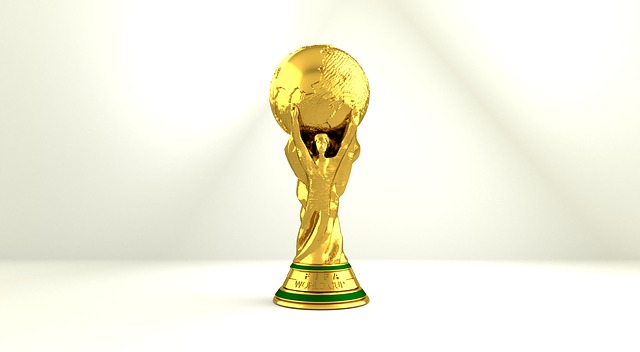 The football season may only just be back underway, but we are already on the first of what will be a number of important international breaks during the season.

With teams in Europe now set to run through qualifying for the 2022 World Cup Finals in Qatar over the course of the year, there is going to be a lot resting on the outcome of these games.

World Cup Qualifiers always bring out plenty of punters interested in having a bet on the outcome and bet365 Sport is a cracking place to do this as it has such an extensive range of different betting markets on soccer all over the world.

Remember too, you can earn Bet365 Credits when you sign up as a new customer which can give you additional funds to bet with as a new player.

Keeping tabs on the World Cup Qualifiers from the United States? Then BetRivers Sportsbook is a fantastic option given its high quality range of soccer betting from a massive choice of tournaments all over the globe.

In this post, we are going to focus on what lies ahead for the four home nations teams, England, Scotland, Wales and Northern Ireland, and we will take a look at the situation for each team and their chances of qualifying for the World Cup Finals outright by the end of the year.

This date sees a number of important games for these teams, especially England and Scotland, so let’s get started with a look at the situation and forthcoming fixtures for each team, together with our tips on how we see them getting on in each of their games this week.

England have picked up maximum points in their three games in Group I so far. They began with a very comfortable 5-0 demolition of San Marino at Wembley and followed that up with a solid 2-0 win over Albania on Matchday 2.

A crucial win over Poland at Wembley on Matchday 3 followed, with England running out 2-1 winners thanks to Harry Maguire’s winning goal five minutes from time. England should win this group but the two key games that will decide that will be the two away games they face in this set of games, starting away to a much-improved Hungary side and then their return game with Poland in Warsaw on Wednesday next week.

England have a good record against these three teams, so I am expecting them to pick up at least seven points from their three games. I’ve put them down for a win in Hungary, but it could easily be that England draw there and win in Poland.

The Andorra home game should be an easy win for England and if they can pick up four points from their two away games, then they will be on their way to winning the group comfortably.

Scotland opened their qualifying campaign with a 2-2 draw at home to Austria and they then went to Israel and earned another point from that game. They then picked up a crucial first win in the group beating the Faroe Islands 4-0 in their last game.

It should be noted though that Austria and Israel have played Denmark already in their three games and Scotland’s games against the Danes, particularly their one at home later in the qualifying campaign, as well as their game in this selection of games against Austria, are going to be pivotal to their chances of perhaps qualifying for the playoffs, as it looks likely Denmark will win this group comfortably.

I’d love to think that Scotland would end this run of games with five or more points, but I think it is unlikely. Denmark are the quality team in this group and I feel at home, they should be too strong for the Scots. Similarly, the Scots should also be way too strong for Moldova in their second game and should emerge from that game with a win.

The crucial game for me here is the game away to Austria and while a win for Scotland would be huge in their quest to reach at least the playoffs, I think that they may have to settle for a point against the organised Austrians.

Wales opened up their qualifying campaign with a 3-1 loss to Belgium, but then they recorded a huge win in the context of the group in their next game at home to the Czech Republic, winning 1-0 thanks to a goal from Daniel James. That leaves Wales third in the group behind Belgium and the Czech’s but having played one game less than the two teams above them.

In this selection of games, Wales play a friendly first against Finland before two games which they need to take six points from if they are to keep up the pressure on Italy and the Czech Republic in this group.

I think Wales may rest some key players for their friendly game with Finland and give some fringe players a chance in that game, which I feel will likely sway the game in Finland’s favour. However, I think it will be the right call as I think a stronger Wales side should be good enough to earn a win in the Belarus.

They should then follow that up with a comfortable home win over Estonia and if they can pick up six points in these two games, then that will really put the pressure on the Czech Republic especially and give Wales a real shot at landing at least a playoff spot, and maybe even challenging the Italians for top spot in the group.

Northern Ireland began this campaign with a 2-0 defeat away to Italy and followed that up with a 0-0 home draw against Bulgaria in their second game.

I can see Northern Ireland having enough quality to pick up a win in Lithuania, but the fact that they don’t score too many goals means that a 1-0 victory is most likely. I feel their friendly with Estonia will be used to try out some fringe players, which likely means a 0-0 draw.

The key game is the Switzerland one and I am afraid I can’t see Northern Ireland having much joy here against a Swiss team that I think are one of the most difficult to beat in all of Europe. As such, I am backing them to take the win here and cement their place as Italy’s main rivals in the group.