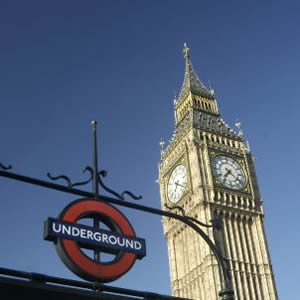 Much like the hit band the Fallout Boys, the UK poker scene is “ON FIRE!”

Not only did we have the conclusion of the PokerStars UKIPT/EPT London tournament series, but this past weekend also saw another great turnout for a Genting Poker Series stop, this time in Edinburgh, Scotland.

The Genting Poker Series Edinburgh Main Event drew a field of 352 players, easily eclipsing the £100k guarantee the tournament sported –with the prize-pool topping off at just over £140k.

At the start of the final day of the Genting Poker Series Edinburgh Main Event all eyes were on recent UKIPT London winner Robbie Bull… or more accurately stated, on his absence.

According to the GPS website, Bull showed up a few hands late for the final day of the tournament –with just 14 players remaining—and when he did show-up he didn’t last very long, shoving 55 and getting called by AJ, and heading to the cashier cage to collect his 14th place prize just 20 minutes into the day.

With the elimination of Bull a major storyline evaporated, but the remaining players put on quite a show of poker skill, especially the eventual winner Mark Lane.

Here is a look at the final table payouts from the tournament:

Readers’ Choice: Performance of the Year

This is one of the most competitive categories in my opinion, considering you have UK legend Barny Boatman winning his first bracelet, 2013 WSOP standouts Matt Ashton and Matt Perrins, not to mention David Vamplew and Stephen Chidwick. My heart is telling me to pick Barny, but my brain is screaming Ashton.

I have to be honest here, I don’t know too much about some of these players, so I’m going to go with the well-known, Alexander Millar, who is considered one of the top online talents in the game.

To vote for the 2013 British Poker Awards, or to find out more about the BPA’s, you can visit their website.

Season 7 of the Grosvenor UK Poker Tour is coming to a close, but not before the tour’s annual stop in Luton, England, which is set to begin on October 17.

In addition to a number of side events the Luton series will feature the tour’s usual £1,000 + £70 Main Event, which boasts an impressive £200k guarantee. With a fee of just £70, and deep-stacks and slow blind levels, the GUKPT is one of the most skillful and best valued tournaments in poker at the moment.

You can find out more about the GUKPT by following this link.

In September Chris Moorman earned his 15th career Pocket Fives Triple Crown. Just a week ago he was busy earning his 16th career Triple Crown on his way to surpassing the $10 million mark in career online tournament earnings and if you figured he would be busy celebrating for a while you guessed wrong.

This past weekend Moorman picked-up Triple Crown #17, extending his own record to six over the next closest competitor.

Looking for the latest Bet365 Poker bonus codes? Look no further – we have a Bet365 no deposit promo code here.