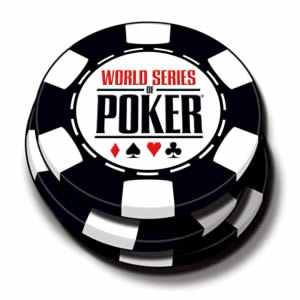 You may have never heard the name Vladimir Geshkenbein up until now, but suffice it to say the young Russian has amassed a pretty impressive resume during his years in poker. Unfortunately, from here on out his name will be known for his misdeeds rather than his accomplishments thanks to one of the worst outcomes in staking history.

Beyne, as he is known online, is a PKR Poker Pro, and has won several major tournaments, including the 2011 EPT Snowfest and an APT High-Roller tournament back in 2009. Additionally, he has made two very deep runs in the WSOP Main Event, finishing in 106th place in 2011 and 62nd in 2013 –and it is the 2013 World Series of Poker, and specifically the Main Event that will be the topic of this article.

Geshkenbein sold pieces of himself for the 2013 WSOP (he had a 45 event schedule including 27 WSOP bracelet events) on the German language PokerStrategy.com website, selling some $84,000 to 30 different backers. His package sold fairly quickly considering his results –despite a remarkably high 1.6 markup on the WSOP Main Event.

His WSOP started off pretty good, with a couple of decent cashes, but just before the Main Event the fit hit the shan so to speak, and Beyne made the following post on Poker Strategy, basically telling his backers he blew through all their money:

“Bad news, very very bad news. Shortly (I will tonight / tomorrow to post more details): I have no more money. Broke. Zero. Today is the final starting day of the Main Event and I have $ 500 to my name.”

“I have found a good friend who has bought me into the Main Event. Unfortunately this is the only possibility that remains to me… I will play the Main Event, but unfortunately I have to cancel the whole action. Otherwise, I have no chance to play the event.”

The situation became even more complicated when the original backers couldn’t come to an agreement on how to handle the situation, or how to settle-up with Geshkenbein. Unfortunately, with little timed to think about it (he informed them of this just hours before the Main Event), the backers couldn’t reach a consensus and Geshkenbein took it upon himself to set the terms (how nice of him) which turned out to be that the stake is cancelled and they are entitled to nothing more than a standard refund.

This probably wouldn’t have been a big deal (and would have become just another addition to the scrapheap of staking deals gone bad) had Beyne not made a deep run in the Main Event before busting out in 62nd place and cashing for over $100k.

Now, imagine you were one of the original backers and you’re watching this guy make a legit run at the WSOP Main Event final table! You can just imagine what was going through their minds, especially the backers who weren’t willing to release him from his original agreement.

You know you have a mess on your hands when the situation involving Vladimir “Beyne” Geshkenbein and his 2013 WSOP Staking package was explained to staking legend Eric “Sheets” Haber on PokerFraudAlert.com Radio, and Sheets first response, is “Man that’s a tough one.”

While the discussion began on 2+2, a more serious debate on who and when a stake can be cancelled began on another forum, pokerfraudalert.com, where two of the biggest stakers in poker offered up their thoughts: Michael “Reggiman” Reed and Eric “Sheets” Haber –and as mentioned above Haber even appeared for a lengthy interview on PokerFraudAlert’s weekly podcast to discuss the situation as well as his own staking stories.

The general consensus was that the best case scenario for the backers was to simply recoup what they could and end their dealings with Geshkenbein, but the debate continued on from there, and when the topic switched to the more esoteric argument of what the backed player is obligated to live up to, and what they are morally or ethically bound to, it wasn’t quite as cut and dry.

Geshkenbein even turned up in the thread this past Sunday in an effort to explain his side of the story, and in one of the strangest twists to the story so far (which is a pretty impressive feat) he somehow argued that he was only partly responsible, and that he himself was a victim [bold mine]:

“I absolutely agree that I made many mistakes at the beginning, I was putting too much trust in other people (who promised to send me funds that they owed me – which i was planning to use for the WSOP buyins – but never happened) and I was playing cash games which i should not have. At the end I had a decision to make.. i guess in hindsight it was the wrong decision and i should’ve just cancelled the whole thing and not played it at all. But then again the backers would’ve had to wait a considerable while longer until i could be able to pay them.”

What We Can Learn From the Beyne 2013 WSOP Stake

The Geshkenbein stake is definitely going to be used as a case study should this situation ever rear its head again –I can’t recall a similar situation ever occurring, where a player burns through his stake money and then cancels the original stake when he finds a new backer.

The biggest lesson from this entire debacle is that you have to be really careful with whom you stake, and you have to realize that there is the very real possibility that the person will runoff with your money or scam you in some other way, especially if they have a history of shooting off money, drinking, or being broke.

The second takeaway has to do with staking deals in general, and what you should include in the fine print. As the Beyne situation demonstrated there really needs to be contingencies for everything, but especially concerning how and why a stake can be ended prematurely, as well as what happens with missed tournaments.

Are you a UK player looking for great poker offers? Look no further – check out all of our UK online poker free bankroll offers.