Home > Around Online Poker > What Are the Best Tips for Tonight’s Manchester City v Liverpool Clash?

Last week, Manchester City’s 2-1 defeat at Chelsea meant that Liverpool, who had

comprehensively beaten Crystal Palace 4-0 at Anfield 24-hours earlier, were declared as the Premier League Champions. It was the earliest in the season (after 31 games) that any team has won the league title, with the Reds dropping just seven points in those 31 games.

However, as champions of the two seasons before that, Manchester City will have plenty to prove when they welcome Liverpool to the Etihad on Thursday night. They will honour the visitors with a guard of honour before the game, but that is where the pleasantries will end as the two foes lock horns once again in what could well be a Premier League classic, even behind closed doors.

There may not be the Premier League title on the line tonight, but there is still plenty to look forward to in this game between the two top teams in the Premier League over the last two years by a considerable margin. Bragging rights alone will mean that both teams will approach this game, I believe, in a very professional manner and at full strength and as such, that means there will be lots of betting taking place on the outcome.

If you would like to place a bet on the game, maybe one of the tips we have outlined below catches your eye, but you are not yet a member of a betting site, then the latest bet365 New Player Offer is well worth a closer look. You could receive up to £100 in bet credits through this offer and once you are a member of the site, you will have access to an extensive range of Live Streams (free if you have placed a bet in the previous 24 hours, or have a credit balance in your account) as well as In Play betting and extensive markets across a massive choice of sports, including football.

Alternatively, if you live in the United States where bet365 is not yet available, there are some other alternatives open to you. BetRivers has a number of sites across different states and in Pennsylvania, the latest BetRivers Promo Code will help you get set up quickly and easily, while in Indiana, use “HOOSIERBONUS” as the latest BetRivers Affiliate Code, to get a great deal when signing up from that state.

In other states such as Nevada, New Jersey and West Virginia to name but a few, the latest DraftKings Online Sportsbook is a great option for both fantasy sports and sports betting.

Let’s now preview tonights game in a bit more detail and then pick out what we think are the best bets to back for this epic Premier League clash between the two giants of the division and the teams that have been Champions of the league the past two seasons.

How do the teams compare?

City are eight points clear of Leicester City in third place in the table and nine ahead of Chelsea in fourth, both of whom have played one game more than either of the two teams in this fixture.

As you can see, City have played double the amount of games compared to Liverpool since

the season restarted and it has been notable that City’s performances have tailed off in the second half of games, notably against Chelsea and Newcastle in particular. As such, fitness could well be one of the telling issues in this game with Liverpool, with their lighter fixture list, having the benefit here.

The two teams have effectively had a clean sweep of trophies so far this season in the Premier League with City winning the Community Shield (beating Liverpool on penalties) and the Football League Cup, while Liverpool have added the European Super Cup, the Club World Cup and now the Premier League to their Champions League success of last season.

However, the Reds are out of both the FA Cup and Champions League, while City remain active in both competitions and could add a further two trophies to their cabinet if they can be successful in these tournaments. The Champions League will restart in Lisbon in early August.

Manchester City will be without Sergio Aguero and Eric Garcia due to injury and Fernandinho serves the second game of his two-match ban for being sent off in the defeat at Chelsea. I expect Rodri to come into the defence for City for this game, with Otamendi moving to the bench and Bernardo Silva taking Rodri’s place in midfield.

Liverpool have injury doubts over both Joel Matip and James Milner, although both could be fit enough for a place on the bench. Given the quality of the performance against Crystal Palace however, and the fact that Jurgen Klopp will not want his team’s performances to dip following confirmation of the Premier League title, I do expect the Reds to pick a very strong team for this game, most likely the starting XI that dismantled Crystal Palace so effectively in their last game at Anfield.

This is a game I think will be of two halves. I can see City starting very brightly and 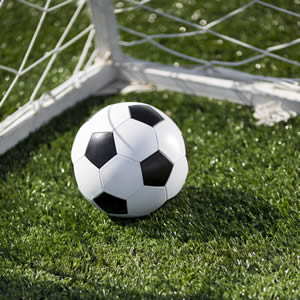 perhaps taking the lead in the first half, but as they tire, I can see Liverpool starting to dominate and equalising in the second half. I don’t think either side would be too disappointed with a draw here, but I just think fatigue will be a big factor for City, especially in the second half of this game and without their home support to drive them on.

Another option here is the Result and Both Teams to score bet which for a draw and both teams to score offers you odds of 7/2.

Another option is to back the First Goalscorer / Match Result bet and here I would pick Raheem Sterling to Score first and the game to finish in a 1-1 Draw which is currently available at odds of 50/1.

Previous: Play Bet365 Casino For £50k In Prizes Through Clash Of The Slots
Next: Get A Bet365 Bingo Egyptian Code Bonus Through July 5th