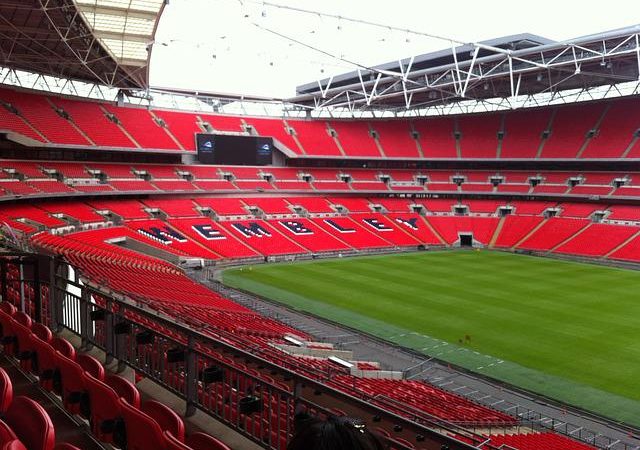 Saturday sees the FA Cup Final taking place at Wembley Stadium as Liverpool take on Chelsea in what should be another close game.

This Saturday, Liverpool will take on Chelsea in the 2022 FA Cup Final at Wembley Stadium and it promises to be another exciting game between the two Premier League giants.

In three games between the teams this season, there has been little in it. The two Premier League clashes ended in drawn games. The first was a 1-1 draw at Anfield in August when Chelsea held on despite playing the second half with ten men.

Then earlier this year, the two shared a 2-2 draw at Stamford Bridge, with Chelsea coming from 2-0 down early in the game to level the match up before half time.

In February, they then met in the Carabao Cup Final in a game which saw four goals disallowed by VAR and after neither team could score in regular or extra time, Liverpool went on to win 11-10 on penalties.

Three games, and three draws at the 90-minute mark means that we can expect this weekend’s showpiece game to be a very closely fought contest.

Bet365 Sport currently though don’t feel it will be quite so close as previous games between the teams with the bookmaker having Liverpool as their 19/20 favourites to win in the Full Time Result Market, with Chelsea 11/4 and the draw a 13/5 chance.

The Reds good form of late, combined with Chelsea’s drop off in performance in the Premier League especially meaning that the sports book rate the Reds chances much greater.

Let’s now preview the final in a bit more detail by taking a look at both teams and how they reached the final.

The Road To Wembley

Liverpool’s progress through the FA Cup hasn’t been plain sailing and in each game they have had to work to make it through. Their best performance came in the first half against Manchester City when they raced into a 3-0 lead before City clawed two goals back in the second half.

However, it should be noted that the game with City was probably the only time Liverpool have fielded their full-strength team in the competition so far.

Given that the Reds rested a number of players in midweek against Aston Villa, including Mo Salah, I would expect them to be at full strength for this game.

Chelsea made light work of Chesterfield in the Third Round in January but were then pushed very hard by Plymouth and Luton Town in the next two rounds. However, they were very solid in beating both Middlesbrough and Crystal Palace in the quarter and semi-finals.

Romelu Lukaku is their leading scorer in the competition with three, while Ziyech and Werner have both scored two goals each.

While their FA Cup form has been solid, Thomas Tuchel will be concerned at the tailing off of his side’s league form in recent months. Chelsea, who were once well clear in third are now only one point ahead of Arsenal before their midweek game against Leeds and they will want to go into Saturday’s game on the back of a morale boosting win.

Both teams have injury niggles heading into the game. Ben Chilwell is out long term for Chelsea, while Liverpool have a injury worry over Fabinho who was withdrawn after half a hour against Aston Villa in midweek, although the initial diagnosis is positive and that he could be fit for Saturday’s game.

Chelsea face Leeds later tonight and will be hoping that they can come through this game unscathed in terms of injuries and perhaps also get back to winning ways ahead of Saturday’s game after a run of poor results has seen them drop almost 20 points behind the top two teams in the table.

Possible changes could see Jorginho come in for Kovacic in midfield, Azpilicueta start instead of Christensen or Alonso and Lukaku could get the nod ahead of Werner for Chelsea. Pulisic could also start but that would be a huge surprise.

For Liverpool, if Fabinho isn’t fit then I’d expect Naby Keita to start in midfield alongside Henderson and Thiago. Matip could play instead of Konate and if Robertson is nursing an injury (although that didn’t appear to be the case) Tsimikas could start at left back.

Our Tips For The FA Cup Final

As we saw earlier in the preview, bet365 Sport reckon that Liverpool’s great form of late has made them the clear favourites here, but each time the teams have played the games have been draws at the end of 90 minutes this season.

That makes the draw tempting at those 13/5 odds, but I do feel Liverpool have moved up a level in the past few months, while Chelsea have dropped off those standards and while the Londoners will be able to match the Reds for most of the game, I just feel Liverpool will have that extra quality to claim the win here.