Why Belarus Is Your Best Bet For Football Betting At Present

There isn’t a great deal of football occurring in the world at the moment, but one place which has 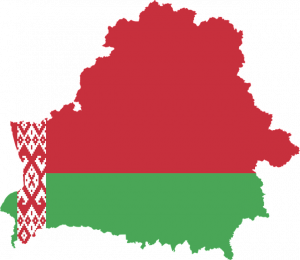 continued its top-level football is Belarus. As a result, plenty of football fans and punters have turned their attention to this little-known and barely followed league that is tucked away in central Europe close to Russia and the Ukraine.

On social media, some of the teams participating in the league have started to develop fan bases with new fans due to them wanting to follow at least some football. Clubs like FC Slutsk and FC Vitebsk have seen awareness of them raised thanks to social media following and of course, a number of punters enjoying a bet on their games.

If you are a member of a site like bet365 Sport, then you will be aware that the site offers a number of markets on all the games in the Belarus Premier League each week. Not only that, but you can also bet on the outcome of the league as a whole, as well as finding out the latest data on each of the teams and the league standings on the site.

Best of all though, if you have a credit balance on your account with bet365 Sport, or you have made a bet in the 24-hour period preceding the match, you can tune in to bet365’s free Live Streaming service and watch every single one of the games taking place in the Belarussian Premier League this coming weekend.

The league has staggered the kick off times of all their games to ensure that they do not run at the same time, which means if you are missing your football fix, you could watch eight games live from Thursday 16th April through to Saturday 18th April.

Betting on these games however can be a little daunting, so to help punters we have decided to give you a quick lowdown on the Belarus Premier League. And what better place to start than with a look at the current league table, as well as the fixtures for this coming weekend.

Bet365 is currently offering 67 markets on each of these games including all the most popular betting markets including which team will win the match, correct score, over/under goals betting and the result/both teams to score bets.

Now we will give you a little more information about the league as a whole, as well as some of the teams competing in it.

For many years, Belarussian teams competed in the Soviet Union’s league until the break-up of the 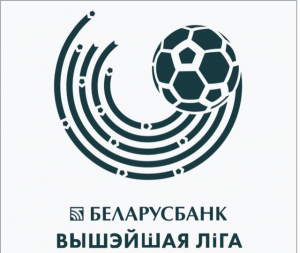 USSR in the early 1990s. After declaring independence in 1991, the very first Belarus Premier League season was contested in 1992, with the country’s most popular team and perhaps their most famous, Dinamo Minsk, dominating the early leagues winning six of the first seven championships contested.

However, by 1998, things had become a lot more evenly contested and over the next 7 years a number of teams lifted the title, amongst them Belshina Bobruisk, Slavia Mozyr, FC Gomel, Shakhtor Soligorsk and one name that would soon become the most famous team from Belarus across Europe, BATE Borisov.

BATE won the league for the first time in 1999 and then again in 2002 but their real dominance began in 2006, when they won their third league title. Over the next 13 years, they would win every domestic league title, their incredible run only coming to an end in 2019 when Dinamo Brest wrestled the league title away from them.

During that period, BATE were regulars in European football competing in both the Champions League and Europa League, earning some notable victories over the likes of Everton, Lille, AS Roma, Arsenal and Bayern Munich in that time, as well as picking up draws with Paris St Germain, Juventus and AC Milan.

Although not generally considered a breeding ground for top European talent, Belarus has produced a couple of notable stars on the world stage. The most famous was ex-Arsenal, Barcelona and VfB Stuttgart midfielder Aleksander Hleb, who retired at the end of last season at age 39, playing his final year as a professional for Isloch. The other big name in Belarus football is Vitali Kutuzov, who had a successful career predominantly in Italy’s Serie A and B, as well as short spell with Sporting Lisbon in Portugal.

The current star of Belarus football is BATE Borisov creative midfielder Ihar Stasevich, who has been named player of the year in the country on five of the last six occasions. He was only beaten in 2017 by teammate Mikhail Gordeichuk.

Most teams in the Belarus league have a large contingent of home-based players, with a number of foreign stars brought in to bolster the team. Players from Asia, South America as well as some of the lesser leagues in Europe are generally the calibre of players that are attracted to play in the Belarus Premier League.

This season, the top teams include BATE Borisov and current title holders Dinamo Brest, while Shakhter Soligorsk are also one of the most consistent teams in the division. The bookmakers tend to think the league title will go to one of these three teams with the likes of Dinamo Minsk and current league leaders Torpedo Zhodino both rated as around 25/1 outsiders. The rest of the teams are reckoned to have little chance of breaking the stranglehold of the top teams.

In terms of support Dinamo Minsk and BATE Borisov are by far the most popularly supported team, although Dinamo Brest’s popularity is increasing too. These are the only three teams to have stadia with a capacity of 10,000 or greater. Many tears have a ground with a capacity of less than 3,000.

Remember, if you fancy a punt in Pennsylvania, then the latest playsugarhouse promo code will sign you up with a good sports betting site offering a wide range of sports, esports and virtual sports betting.

Previous: Bet365 Poker Pocket Pairs Gives You Chance Of Winning €1,000 In Cash Through April
Next: Bet365 Mission Master Is Awarding £7,000 In Prizes Until April 26th