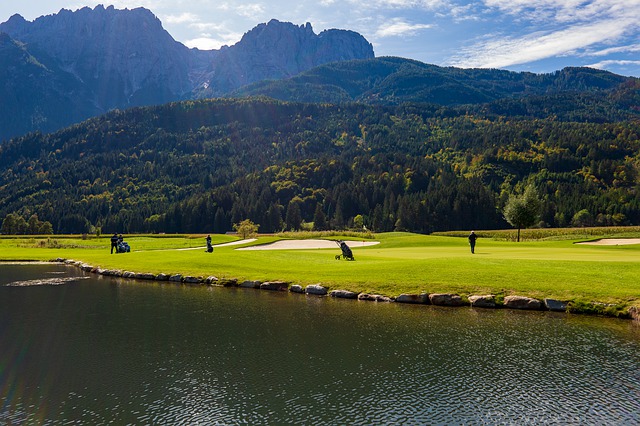 Will Team USA Regain The Ryder Cup Or Can Team Europe Defend The Title?

Although the opening ceremony and speeches are held on Thursday night, with the first pairings for the foursomes announced at the conclusion of the ceremony, the Ryder Cup gets underway in earnest on Friday morning with the first four pairs of foursomes.

This is one of the most eagerly awaited and exciting sporting events of the year and few sports events see such drama, excitement, anguish and changes in momentum as the tournament swings from one team to the other over the three intense days of action.

Of course, it is also a hugely popular event to bet on and if you would like to enjoy a wager on the outcome, then bet365 Sport offers an excellent range of pre-event and In Play betting markets on the games.

Alternatively, if you are based in the United States, then check out the wide range of markets available on the tournament at BetRivers Sportsbook, especially if you are going to be cheering on Team USA throughout the event!

With two high quality teams in attendance, let’s take a closer look at both and the reasons why either team could lift the trophy.

The likeable Steve Stricker has picked a number of former Ryder Cup captains, as well as legend Phil Mickelson for one of the strongest United States teams in recent years. With six captain’s picks, Stricker most controversially omitted Patrick Reed from the team opting for the lower ranked Scottie Scheffler instead.

*indicates that the player was a captain’s pick for the tournament.

Why Team USA Will Win The Ryder Cup

Padraig Harrington takes over from victorious skipper Thomas Bjorn for Team Europe’s latest trip to the United States to defend the trophy they won in France in 2018 by a considerable margin. The Irishman is a multiple Major winner and has picked a backroom staff team packed with Ryder Cup experience to help him at the tournament.

*indicates that the player was a captain’s pick for the tournament.

Why Team Europe Will Win The Ryder Cup

So Which Team Will Win The Ryder Cup?

Having examined the qualities of both teams, the pros and cons of each and looked at the different factors in play, I think we can safely say that this event should be a lot closer contest than either of the past two Ryder Cup tournaments have been.

Of all the factors, I think it will be the lack of support for Europe which probably is the most definitive given how partisan American crowds at this event are in normal years and this time around, with no opposition, the whole crowd will likely be uniquely pro-USA.