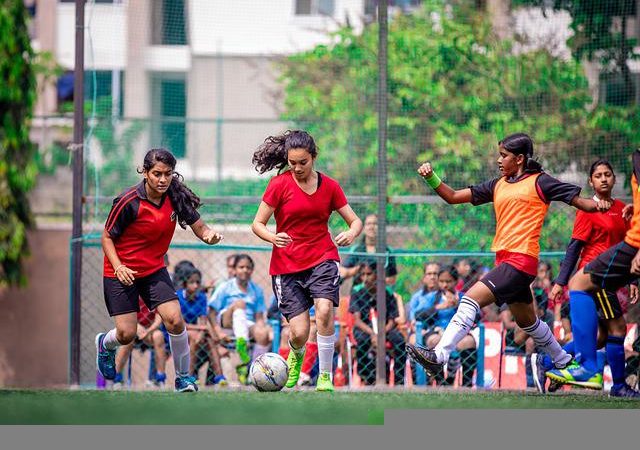 The quarterfinals of the Women’s Euro 2022 tournament are on the horizon after an exciting Group Stage littered with great performances.

When we previewed the Women’s European Championships 2022, we did mention that England’s Lionesses had a good chance of landing their first ever major tournament victory on home soil.

And after an exciting opening Group Stage of the tournament, that view has only been strengthened after Sarina Wiegman’s team produced some outstanding football across their three games, smashing records along the way, as they moved serenely into the quarterfinals.

Lying in wait there are Spain, the co-favourites to win the tournament with England with bookmaker bet365 Sport before the tournament began but while the Spanish odds have drifted out, England’s have shortened and they, along with Germany, are now the bookies favourites.

Why is that the case? Well to find out, let’s recap how the Group Stage went in the tournament, before we look ahead to the four quarter final ties coming up later this week.

In front of a packed Old Trafford, England were somewhat wasteful in the opening game of the tournament, registering a narrow 1-0 win over a well-organised Austrian side.

However, in their next game, the Lionesses produced a stunning display to thrash Norway 8-0 in a record-breaking display, and they then followed that up with a 5-0 win over Northern Ireland to top the group comfortably.

Austria defeated Norway 1-0 in the key game for second spot meaning the 8th ranked team in the world Norway were despatched out of the competition.

Germany made light work of topping the group with superb wins over Denmark and Spain in their opening two games, and a 3-0 win over Finland meant that they qualified with a 100% record and without conceding a goal.

With Spain and Denmark both beating Finland, the key game for second was between the two in the final game in the group and with Denmark needing a win, Spain capitalised as the Danes pushed forward late on to clinch a 1-0 win and a quarterfinal against England.

Despite more resistance than expected from the Swiss and Portuguese, Sweden and the Netherlands were the two teams to qualify from Group C, with the top spot decided between the two by goal difference.

After two draws to open the group, both Sweden and the Netherlands struggled a little in their second game before landing a narrow win, but then showed their class with a much better performance in game 3 to confirm their place in the quarter finals.

Despite a draw with Iceland in their final game, comfortable wins for France over Italy and Belgium ensured that the favourites in Group D would top the group and progress into the quarter finals.

The battle for second place was a tough one but it was Belgium’s 1-0 win over Italy in the final game which saw them steal second spot ahead of the Icelandic team who go home from the tournament having drawn all three of their games 1-1.

There have been a number of new records set at the Women’s Euro 2022 tournament this summer including the following:

*There is every chance that this new attendance record may well be broken when two teams contest the Euro 2022 Final at Wembley, as the 80,000 capacity ground has sold out of tickets for that game long ago.

The four quarter finals as decided by finishing positions in the group are previewed below. All four games will kick off at 8pm UK Time.

Spain were the last team to stop England winning, achieving a 0-0 draw with the Lionesses back in February 2021. However, in this tournament, without Alexis Putellas, Spain have struggled to finish off the chances they have created, while also looking unexpectedly frail at the back.

In contrast England have been incredibly strong and it is hard to see them falling away here and given recent performances, I’d expect a confident England to land he win here. Tip – England to win at 10/11 with bet365.

Austria did well to beat Norway to second spot in Group A behind England, but I think their interest in the tournament will end here against a Germany side yet to concede a goal and who have looked back to their impressive best.

You should never doubt a German team in an international tournament and I’m not going to do that here. I think the German’s win this one at a canter. Tip – German to win easily – 2/7 with bet365.

Like Austria, Belgium have done well to get this far in the tournament but against a very strong Swedish team, this will be as far as they go.

The Swedes started the tournament a little sluggishly but found their form in their final group game and they should be able to carry that on against a Belgium side that are comfortably the weakest out of the eight remaining nations in the tournament. Tip – Back the Swedes to land a solid win – 3/10 with bet365.

What a quarter final is in prospect here as two teams that both feel they have a chance of winning the tournament go head to head for a place in the semifinals.

The French have been excellent going forward in the tournament so far, but look a little suspect defensively, but you can also say that about the Dutch, so this should be an open affair and I think we will see goals at both ends.

So for the outright winner market, I think we will have an England v Sweden first semi-final and a France v Germany second and I think I all likelihood, it will be an England v Germany final.

Who wins that, well in the last game between the two, England were 3-1 winners and with home advantage and a Wembley crowd roaring them on, I’d back the Lionesses to get the job done.