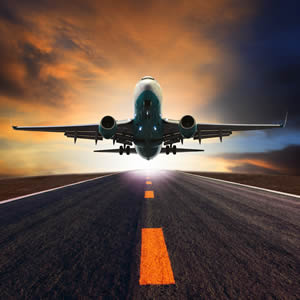 Great Moments in Poker History: The World Poker Tour Arrives And Changes Everything

Everyone thinks they understand the events that led to the poker boom.

Chris Moneymaker won the World Series of Poker in June of 2003 and aired on ESPN, and BAM…poker boom.

Problem is, the episodes, credited with kick starting the poker boom didn’t air until November of 2003, and by then the poker boom had already begun.

While the 2003 WSOP coverage on ESPN certainly deserves a lot of the credit for poker’s meteoric rise into the mainstream, something else happened before this that got the ball rolling.

That something happened on March 30, 2003, when the first episode of the World Poker Tour aired on the Travel Channel.

In fact, it was the WPT’s innovative coverage and instant ratings success that gave ESPN the motivation to expand coverage and adopt many of the WPT’s features, including the hole-card camera. By the time ESPN unveiled their 2003 WSOP coverage the WPT episodes on Travel Channel were already among the highest rated shows in the network’s history, and were turning poker players into household names.

The WPT’s success was made all the more impressive considering prior televised poker shows were likely to air before 1 AM, and had previously been filmed by the casinos that were hosting the tournament and sold to stations as a form of advertisement.

It could be argued that by the time ESPN started showing episodes of the 2003 WSOP the fuse for the poker boom had already been lit by the WPT. ESPN and the perfectly named Chris Moneymaker could have been little more than accelerant.

It’s strange to me to look back and realize Season 1 of the World Poker Tour occurred some 12 years ago, so I guess it shouldn’t be surprising people forget what those magical first few events were like, and why they captured the imagination of seasoned poker players and amateurs alike.

You had Gus Hansen, mumbling statistics and ranges to himself and forever changing everyone’s preconceived notion of what a “poker face” was. you had Howard Lederer winning two tournaments (Gus won two during Season 1 as well) and becoming an instant poker legend. Poker fans met the Devilfish, and witnessed Alan Goehring winning the $25k Championship, not to mention the classic confrontation between Antonio Esfandiari and Phil Hellmuth. You had Phil Ivey making three final tables, and who could forget Tony G at the Aviation Club.

Season 1 of the WPT was something special.

The groundwork for the WPT

All of this started in the mind of Steve Lipscomb.

Keep in mind that there was no such thing as a “poker tour” in 2003, everything was singular tournaments and/or tournament series.

But Lipscomb saw the potential when he was part of a filming of the 1999 WSOP documentary for Discovery Channel. This documentary differed in that focused on the players and not just the cards, which allowed viewers to pick a favorite and root for them, not unlike modern reality shows. The documentary did quite well compared to previous poker programming and the seed was planted in Lipscomb’s head.

All he needed now was someone who shared his vision and had the money to bring it to life.

In October 2001, Lipscomb and his assembled team that included Mike Sexton and Johnson, convinced Berman to invest in what would become the World Poker Tour.

As much credit as the WSOP, or Chris Moneymaker, or even the WPT are sometimes given, poker was ready to explode in the early 2000’s. It was a powder keg just waiting for a match.

You had the DVD of the movie Rounders reaching cult status among college males (the 2000’s version of Caddyshack or Monty Python), James McManus’s New York Times bestseller Positively Fifth Street was making poker cool to a generation of Baby Boomers, and of course, for the first time ever, near universal access to small stakes poker games thanks to the birth of Internet poker in 1998.

By 2003 Internet poker was already making waves, and there were many sites to choose from – Paradise Poker, Party Poker, PokerStars, Ultimate Bet, Absolute Poker, and dozens of others.

Chris Moneymaker’s win built on the groundwork the WPT had already laid, and brought the idea of Internet poker to the masses (thanks to ESPN’s grabbing and running of Chris’s $40 online satellite back-story), and accelerated the industry’s growth.

All the pieces were in place in 2003, and Lipscomb and company tied it all up in a neat little package with the WPT.

It would be hard to argue with anything the WPT did during its first season. From the hosts to the graphics, to the now-scrapped (unfortunately) dress code, to the format. Everything worked, and that is a testament to the people put in place.

The WPT wasn’t the usual case of poker nepotism, the right people were inserted into the right jobs, and were given the chance to succeed. And succeed they did.

It’s hard to explain what the 2003 and 2004 WPT seasons were like to modern poker players, but for poker players it was must see TV, and by the time the WPT had peaked “poker players” were measured in millions, not the thousands that watched a grainy Johnny Chan beat Erik Seidel on ESPN at 3 AM.

Why not see if you can become part of your own poker boom by taking up the challenge on Sky Poker? Join today and receive a Sky Poker welcome bonus of £10 free. Click on the link for more information.