take place, the penultimate double-round of matches, which means that it is about now that we will start to see some of the key decisions in each of the groups decided in terms of who is likely to qualify from the group and who is likely to reach the playoffs, or not.

Some teams, such as Italy, England, Spain and Belgium have recorded a 100% record in their group, winning all of their games so far and for these teams, it looks like simply a question of when their qualification, and indeed group stage victory, will be confirmed, which for some of those teams, could come this week.

For others it is about trying to improve their FIFA ranking for future draws and to finish as high up the table as possible.

If you want to have a bet on the action this week in the European Championship qualificatiom matches, then one place to head to capture all the latest betting action, including In Play betting and Live Streaming, is bet365 Sport. If you are not yet a member of the site, you can join today with the latest bet365 Sport New Player Bonus to ensure you get a great deal when you sign up.

Remember too that if you are based in Pennsylvania in the United States, you can now legally enjoy sports betting, casino gaming and poker online at sites like PlaySugarHouse.com. If you are not yet signed up and fancy a flutter, then check out the latest playsugarhouse promo code information in the link to ensure you get the most recent and best value deal to sign up with.

So how does this week’s set of games shape up? We are going to focus on the first set of games for Matchday Seven as this is the only matchday with which current odds are available.

There are four groups in action on Thursday, which is why there are more fixtures on this day than the others. They are Groups C, E, G and I. Group C is intriguingly poised with Germany top and Northern Ireland second, both with 12 points, but with the Netherlands three points behind them both, with a game in hand. Northern Ireland’s problem is that their remaining games are against either the Netherlands (who they face home and away) or Germany (away) and it is hard to see them picking up any points there. The Belarus v Estonia clash will only be to decide who finishes bottom of the group.

Group E is even more complicated with four teams in real contention here for the 2 qualifying spots. Croatia are top and face third placed Hungary at home in what is likely a must-win game for Croatia. Second-placed Slovakia face fourth placed Wales who have played just four games but lie three points behind both Hungary and the Slovakians. This is another crucial game and it is one that I think Wales will do well to get a point from.

Finally, Group I is a little more settled with Belgium clear with a 100% winning record from their six games and Russia eight points clear in second with just one defeat in their six. Don’t expect either to slip up in their games this week against San Marino or Scotland, while the other game between Kazakhstan and Cyprus will likely decide who has the best chance of finishing 3rd in the group.

Friday’s action comes from Groups A, B and H. In Group A, England face the Czech 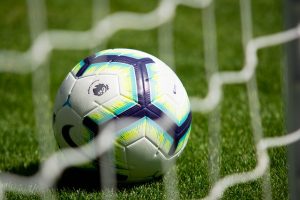 In Group B, it is crunch time for Ukraine as a win over Lithuania would put them in a very strong position in the group in terms of winning it. Portugal have played a game less, but are five points behind but they should be comfortable winners over Luxembourg. Expect both home sides to secure comfortable wins to make life very tough for Serbia to overhaul either to qualify.

Group H sees all six teams in action and the key games see France face Iceland in Reykjavik with the home side three points behind France and Turkey at the top of the group and the Iceland team will know nothing less than a win here will likely be enough to quality. Top of the table Turkey, who beat France to claim that spot, face Albania in a tricky home game, while Moldova and Andorra will battle it out to see who finishes bottom of the table.

Groups D, F and J will see their games on Saturday. Group D is the most intriguing of the groups,  with the Republic of Ireland topping the group on 11 points ahead of Denmark on 9 but Switzerland have eight points and have played a game less than the top two teams. Therefore that Denmark v Swutzerland clash, as well as Ireland’s trip to Georgia look like being two very decisive games in the group. I feel Ireland can snatch a vital win here, while the Danes and Swiss look set for a draw.

In Group F, Spain will want to keep their 100% record intact against a Norway side trying to qualify outright from the group, but who a point behind Romania and two behind Sweden. The playoffs may be the Norwegians best bet as I expect Spain to win this one. Other games see Malta face Sweden in what should be a win for the Swedes and Romania taking on the Faroe Islands away from home, which should still be a win for the visitors.

Italy will be hoping to keep their 100% record in Group J when they face Greece at home this week and they should pick up the points there. Bosnia Herzegovina v Finland looks a crucial game with the Finns flying high in second in the table and potentially earning a qualifying spot, but a defeat on the road to Bosnia could bring the home side, as well as Armenia who face Liechtenstein away, back into the equation for the final qualifying spot.