It All Comes Down to This – Premier League Final Day Showdowns

reasons and while we saw Liverpool collect the trophy after their 5-3 victory over Chelsea at Anfield on Wednesday night, there are still plenty of issues still to be decided as we head towards the final game of the season, all of which take place on Sunday with a 4pm kick off time.

While Champions Liverpool and relegated Norwich City may not have anything tangible to play for, there is still plenty to be decided at both ends of the table. This includes who will finish in the remaining Champions League places, who will claim the Europa League places (both of which could be influenced by the outcome of both the FA Cup Final and the European competitions which restart in August) and of course, which teams will join Norwich City in being relegated to the Championship next season.

In what is always a very dramatic last day of action, punters around the world will enjoy a wide range of bets on each of the games being played and if you fancy doing so and want to sign up with a company that offers extensive Premier League betting, as well as a great sign up bonus, then the latest bet365 New Player Bonus is the place to start.

As a new customer you can not only get the starter offer which can see you earn up to £100 in Bet Credits once you start betting on the site, but you will also gain access to a massive selection of sports betting markets, Live Streaming (which is free if you have a credit balance or have made a bet in the preceding 24 hours) and extensive In Play betting services.

If you live somewhere in the world where bet365 is not available, the United States for example, then depending on which state you live in, you could have some other betting options available. BetRivers offers casinos and sports betting in a number of states. Pennsylvanians can sign up with the latest BetRivers bonus code, while in Indiana it is slightly different as there is a BetRivers Affiliate Code “HOOSIERBONUS” you can use when signing up to get a great deal.

The DraftKing Online Sportsbook is available in a number of states too including Nevada, New Jersey and West Virginia and this is another site worth a look if you are based stateside and enjoy Premier League betting.

With every team in the Premier League now having played 37 of their 38 games, we have a clear understanding of what issues will be decided at the weekend and they are outlined below.

Let us first make clear what issues are already resolved in the Premier League ahead of Sunday’s final games for the teams.

That means of the 20 teams in the division, eight still have plenty to play for on the final round of fixtures which we have outlined below.

All games kick off at 4pm on Sunday 26th July. The key games are highlighted in bold.

Let’s now take a look at the key issues still to be resolved, the teams and matches involved plus how other competition performances, such as the outcome of the FA Cup Final and performances in the Champions League or Europa League (both of which restart in August) will potentially affect these outcomes. 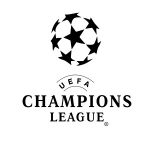 Currently, Manchester United are third on goal difference ahead of Chelsea, both of whom have 63 points. Leicester are in fifth and outside the Champions League places at the moment and have 62 points, but a goal difference equal to that of Manchester united (+28) which is far superior to Chelsea’s (+13).

The key games affecting this battle is the Chelsea v Wolves clash and the Leicester v Manchester United clash at the King Power Stadium and outlined below is what each team needs to do to qualify for the Champions League next season. 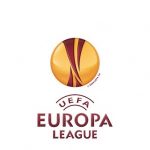 In the battle for sixth, Wolves face a tricky trip to Chelsea while Tottenham face Crystal Palace away. A Wolves will win confirm them in 6th, but a draw or defeat coupled with a win for Tottenham will see Spurs finish sixth. If Wolves lose and Tottenham draw, both teams finish on 59 points but Tottenham’s goal difference will be better so they would claim the sixth-place spot and a Europa League place. 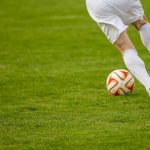 Watford face Arsenal away on the final day, while Bournemouth are away to Everton and Aston Villa also face a road trip to West Ham.

The possible permutations here are very complex as goal difference and even goals scored, as well as points, could play a key role in deciding who goes down.

As you can see, it is a hugely complex final round of games and it should be a cracker to enjoy, so tune in from 4pm UK Time on Sunday to see how the action unfolds.

Previous: Who Will Progress to the FA Cup Final This Weekend at Wembley?
Next: Bet365 Bingo Promo For 2020 – Mojo Hot Lounge With Up To £50 In Cash