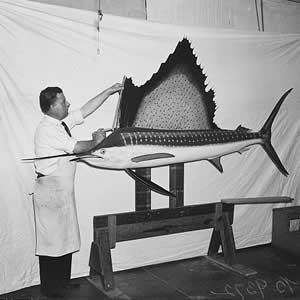 If you were to walk around a poker room and ask the diverse demographic of patrons if they have ever heard of Hans Lund, you’ll likely be met with a lot of blank stares. If you were to ask these same people if they’ve heard of Hans “Tuna” Lund you’ll likely receive a mixed bag of responses, but most people would likely answer, “I’ve heard the name before but don’t know much about him.”

Most people would probably assume he’s some Internet era northern European, but this is not the case.

If you’re wondering why you’ve never heard of Hans Lund (and no very little about Hans “Tuna” Lund) it likely has to do with several factors, starting with the era he played in and his decision to semi-retire from poker in 1997 to spend time with his family. Unfortunately, it also likely has to with the fact that Lund was taken from this world far too early, succumbing to cancer at the age of 59 in 2009.

Origins of the Tuna nickname

Poker is full of colorful nicknames. Some, like “Amarillo Slim,” make perfect sense for a rail-thin 6’4″ gambler from Amarillo, Texas. And others are simply fitting, like “Poker Brat,” “Kid Poker,” and “The Mouth.”

Others are a bit harder to make sense of like Ken Flaton’s moniker “Skyhawk,” or in the case of Hans Lund, “Tuna.” I mean, how do you get the name Tuna? Was he fat? Did he look like a tuna? Did he eat tuna fish sandwiches at the table?

As I mentioned in the opening, the nickname became such a part of Lund’s identity that few would recognize Lund’s name without adding in the Tuna part of it.

According to Jonathan Grotenstein’s book, “All In,” Lund acquired his nickname thanks to a terrible losing streak where Lund (at 6’5″ and 300 lbs) became the biggest fish around, a real tuna.

While his peers feasted on the “Tuna” during his losing streak, Lund would have the last laugh as he was one of the top players in the game from 1977-1997, and more importantly was one of the few poker players of that era (or any other era for that matter) that understood the value of money.

Lund at the WSOP

While he did participate in a number of WPT tournaments (cashing in 4), Lund’s success came before the Poker Boom, and mainly at the World Series of Poker.

Had a few cards fallen differently during his career Lund could have been one of the more decorated players in WSOP history. Still, Lund is a two-time WSOP bracelet winner, triumphing in the 1978 $1,500 NLHE event and the 1996 $1,500 Limit Ace-Five Lowball tournament.

In the WSOP Main Event Lund made the money five times, including two final table appearances in 1990 and 1992 where he finished second and third respectively. Lund also cashed in the Main Event in 1991, 2006, and 2007.

Consider how close to being crowned WSOP Main Event champion Lund was, when in 1990, Lund started heads-up play against Mansour Matloubi with a marginal chip lead, but quickly shipped most of them to Matloubi when he flopped top pair top kicker on a 9-2-4 board only to see Matloubi rollover pocket 10’s.

Lund caught lightning in a bottle when an Ace hit on the turn, but the rollercoaster ride wasn’t over as a 10 spiked on the river.

Setting aside the WSOP Main Event, Lund made ten other WSOP final tables during his career, finishing 1st twice, 2nd twice, 3rd in another event, 4th in yet another tournament, and 5th in two more events.

Lund also won the Amarillo Slim’s Super Bowl of Poker in 1983, and finished as the runner-up in the 1991 Diamond Jim Brady Main Event in 1991 – both $10,000 buy-in tournaments. For his career he amassed nearly $3 million in tournament earnings, despite never cashing for more than $334,000.

Lund’s money management lesson was taught at a very young age and by a very unlikely person.

As Grotenstein explains in “All-In,” Lund was introduced to the game at the kitchen table where he and his family would play penny-ante poker. Lund, already showing promise as a poker player before he was a teenager, had amassed $300 by the time he was 11 (I’m surprised his family didn’t switch to playing Rummy by this point) when he learned two valuable lessons, never risk your whole bankroll and unless you have the nuts you don’t have the nuts.

Lund lost his entire savings when his mother turned over four Aces to beat Lund’s four Kings – My favorite part of the story was not that his Mom kept the money, but Lund asking his mother if she cheated him.

Because of this early lesson Lund was very careful with his winnings throughout his time as a poker pro.

“I respect that penny… Once I get the money, it’s pretty tough to get it away from me,” Lund went on to say.

Because of this attitude towards money Lund was able to semi-retire and spend time with his family. Lund was also known for his pleasant table presence (an important quality when you’re a mountain of a man) and his ability to take things in stride. Longtime poker columnist Vince Burgio said of Lund: “Tuna was truly a great poker player and, more importantly, a good man. I will miss him terribly.”

Lund was also one of the few old school players who respected the new online generation right out of the gate:

According to the AimlesslyChasing.com poker blog, Lund once said, “I’d like to see poker viewed as a game of honor and dignity,” and it appears Lund’s vision of poker is becoming a reality, thanks to men like Tuna.

If you’d like to follow the big Tuna’s example and enjoy some poker with honor and dignity, why not join a top online site today? Receive a Sky Poker no deposit bonus of £10 when you join today to begin playing on one of the most popular UK poker sites. Hans Lund would definitely approve.