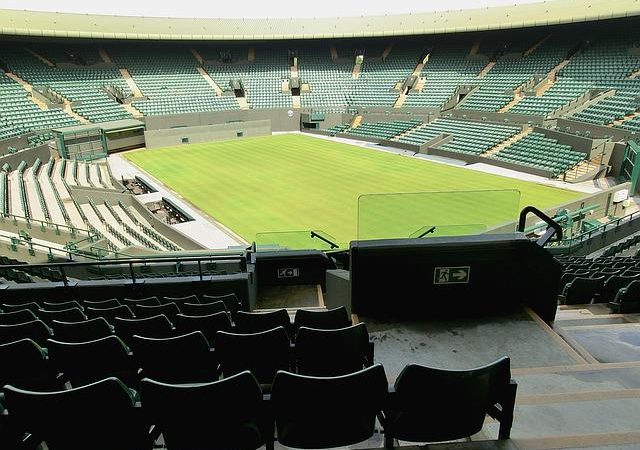 From Monday next week, Wimbledon 2022 will be very much at the forefront of the mind of many sports fans across the United Kingdom and around the world,

With the qualifiers now well underway for the final places in the first round draw, those already qualified will be tuning themselves up in a series of grass court events this week, including the popular tournament at Eastbourne.

Given the very short grass season in tennis, Wimbledon remains something of an anomaly in the tennis calendar, perhaps the most prestigious of all four Grand Slam events, but the one played on a surface that they players most rarely encounter.

This year’s tournament is also one of the most controversial, yet exciting events for many years for a wide variety of reasons, which we will look at in more detail below.

In this article, we’ll examine the unusual build up to Wimbledon 2022, before we take a look at both the men’s and women’s singles tournaments, giving you our top tips for each and who we think will hold aloft the famous trophies after two weeks of action.

But first, if you are looking to sign up with a betting site to enjoy some great Wimbledon betting, then Bet365 Sports Bet £10 And Get £50 Welcome Bonus is a great place to start.

Just deposit between £5 and £10 and you will receive five times your deposit as a bonus, which you can then access when you have bet through your full initial deposit!

Full terms and conditions of the offer are available on the site, so do check it out!

It is fair to say that the build up to this year’s Wimbledon tournament has not been like any other in the long and rich history of this famous tennis event.

The first big shock came earlier on in the year when the current Wimbledon Champion and the then World Number 1, Ashleigh Barty, announced her retirement from professional tennis at the age of just 25, following her Australian Open victory.

That stunning decision saw a lightning bolt strike through the women’s game, but one woman has come to the fore in incredible fashion to claim the top spot in the rankings with a level of rare dominance in the women’s game.

Poland’s Iga Swiatek is currently on a run of six successive tournament wins, winning all of her last 35 games on tour. Included in that win is a second French Open success for the 21-year-old, whose incredible run of form has seen her climb to the top of the World Rankings.

It has also changed the face of women’s tennis markedly, as prior to Swiatek’s recent run, it was arguably the most open period in women’s tennis for many years, with many of the top ranking players feeling they have a realistic chance of winning a tournament, rather than just one or two players dominating.

Then earlier this year, the All England Club announced, after talks with the British government, that all players from Russia and Belarus would be banned from competing in this year’s tournament due to the ongoing Russian invasion of Ukraine.

This decision ran counter to what the ATP and WTA Tours had decided, which was to allow these players to compete, but not represent their country.

The fall out from this decision was big. Many players criticised the decision to ban players for actions that they, personally, have no control over. Then later it was announced that the tours would not award any ranking points for players competing at Wimbledon this year due to the ban.

That made a number of players, most notably Naomi Osaka, claim that they would miss the tournament as it was now just a glorified ‘exhibition’ event. Osaka has since withdrawn from the tournament.

It means that the World Ranked Number 1 player, Danil Medvedev will miss the men’s event, as will Andrey Rublev (8), Karen Khachanov (26), Aslan Karatsev (34) and Ilya Ivashka (48).

A significant number of female players will also be absent, including Aryna Sabalenka (4), Anatsasia Pavlyuchenkova (15), Viktoria Azarenka (17) plus a host of other Russian and Belarusian players from further down the rankings.

There was bad news for British tennis fans as well in the weeks leading up to the tournament.

First, US Open Champion and darling of British tennis fans, Emma Raducanu, injured herself in a warm up tournament, leading her to withdraw from that event in Nottingham.

She described the injury as a ‘freak accident’ but the injury to her abdomen may well keep her from being able to compete this year.

Similarly, Andy Murray also injured himself in a warm up event just as the British player was finding some form on grass. Murray does look set to compete in the event, but how limiting the injury will be to him remains to be seen.

However, one player who will be competing for the first time in a year in a singles tournament is Serena Williams.

The American superstar confirmed her participation in the women’s tournament via social media a week or so ago, and has since gone on to win a doubles tournament on grass ahead of Wimbledon as part of her warm up.

It will be Serena’s first tournament as a singles player in a year after she was forced out of Wimbledon in the first round due to an injury caused when she slipped in her opening round game on centre court last year.

Let’s now take a look at the men’s and women’s tournament and give you our tips for each.

Having won both the Australian Open and French Open titles in 2022, you’d expect Rafael Nadal to be the favourite at Wimbledon, but the Spanish legend, winner of a record 22 Grand Slam titles in the men’s game, is only the third favourite at the All England Club.

That’s because his great rival Novak Djokovic is the odds on favourite at 4/5, with Matteo Berrettini, the winner of Queens at the weekend, the 11/2 second favourite given his form on grass over the last few years.

Carlos Alcaraz, the young Spanish sensation is the only other player at odds of 10/1 or less and he is an 8/1 shot for the Wimbledon title.

It is hard to look beyond those four players, especially with a number of top ranking stars absent, though Marin Cilic’s return to form at Queens makes him a very enticing 20/1 each way bet.

For me though, this is Djokovic’s tournament to win and at 4/5, I can’t see those odds getting any better as the tournament progresses.

Iga Swiatek has been the dominant force in women’s tennis over the past few months and her long winning streak is tipped to continue here with the bookies having the Polish ace as their 6/4 favourite to win.

I think that is good value bet, given how dominant Swiatek has been, but it is worth noting her best performance at Wimbledon is a fourth round finish last year, but she is a vastly improved player since then.

Outside of Swiatek, Ons Jabeir and Cori Gauff are rated at 10/1, with Simona Halep a 12/1 chance followed by Serena Williams at 16/1.

However, I can’t see anybody beating Swiatek in her current form and I think you should snap up that 6/4 price with bet365 now. 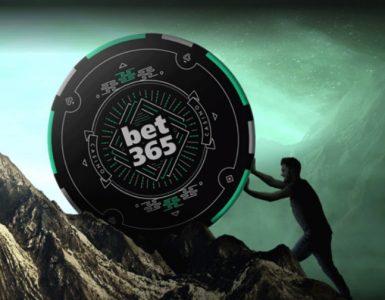