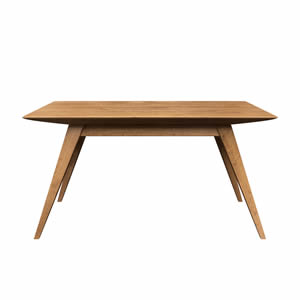 Win A Final Table Jackpot Bonus Of Up To £5,000 With Sky Poker

Last week we brought you news about Sky Poker’s 900,000,000th hand and sure enough, the hand was played out last week with one lucky player, BEEZERODB, winning the top prize by hitting a King on the flop to confirm him as the winner of the hand.

With the major poker sites still running long-term promotions, such as the Viva Las Vegas promotions on both Sky Poker and Bet365 Poker, plus the Sky Bet Club Freerolls entering their final week on Sky Poker, let’s take a look at some more long standing promotions this week that you may well have forgotten about.

Shortly, we’ll take a look at Sky Poker’s Final Table Jackpot offer, which could see you win up to an additional £5,000 in any one evening, but first let’s take a look at some news concerning Bet365 Poker’s hugely popular €100,000 Big Sunday promotion.

Bet365 first announced their €100,000 Big Sunday promotion back in December last year and originally it was scheduled to last until a few months into 2015, however such has the appeal been of this promotion that the company have now extended the promotion to run until the 31st October 2015.

So, there’s be more to be scared about than the usual ghosts and ghouls on Halloween this year as arguably one of the most popular long term promotions on Bet365 Poker will also finally come to an end.

The good news for Bet365 Poker fans however is that there are still six months worth of fantastic Big Sunday events to look forward to in the meantime and as always, qualifying for one of the biggest weekly tournaments in poker could literally cost you next to nothing.

This is because that rather than pay the €75 buy in direct to the Big Sunday final, you can try and satellite your way into the event through a series of daily freeroll events, the winner of each event earning themselves a €75 seat in the next Big Sunday final.

To earn 20 freeroll tickets, all you need to do is deposit €10 or more into tour Bet365 Poker account. You can either deposit fresh funds, or transfer over that cash from another Bet365 account you hold (such as with Bet365 Sport, or Bet365 Casino).

Once you have made the qualifying deposit, Bet365 Poker will award you 20 Free Tournament tokens which you can then use to play in that week’s freeroll events. Registration for each freeroll opens just an hour before the event starts and you can re-enter the tournament if you are eliminated, using one of your freeroll tokens, while the tournament is still open to registrations.

For every Big Sunday freeroll, the first place winner will receive entry direct into the Main Event on Sunday, with the 25 placed runners up given entry into a special Road to 100K – 10 Tokens Gtd event.  This other event takes place each Sunday at 4pm and in which a further 10 players will win entry into the Big Sunday Main Event taking place just a few hours later.

Remember, your Big Sunday freeroll tournament tokens expire seven days after you receive them, so remember to use them up if you want to participate in this promotion, which is now available right the way through until the end of October.

For all the latest information about Bet365 Poker’s Big Sunday offer, including how to join up and take advantage of the no deposit Bet365 bonus, click on the link.

Ask any top tournament professional, such as Phil Ivey, Daniel Negreanu or Phil Hellmuth and you’ll discover that nothing is more satisfying in poker than finishing on the final table and in the money.

Well, if you are a member of Sky Poker then that is precisely what you can do thanks to the sites popular Final Table Jackpot promotion.

The promotion is actually very simple. Just log in to Sky Poker on any given night during the week and you will see that each night there is a Main Event scheduled as well as a Mini Event too.

Win both of these events and you will take home the maximum bonus payment of £5,000 on top of the money you would win from winning both tournaments. Finish first in one and second in another, you win £2,500 in bonus cash. Two second place finishes or a 1st and 3rd place will see you take home £1,500 and so on right he way down to a player who finishes 6th in both events taking home an additional bonus of £50.

This is not an easy task to achieve, indeed since the 1st January 2014, only one Sky Poker player, named scotty77, has won both events in the same night to take home the £5,000 bonus payment. Two other players, The_Hux and snoxx11 have both won a £2,500 bonus for finishing 1st and 2nd, while a number of players have won £1,500 for finishing 1st and 3rd or achieving two 2nd place finishes in both events.

Of course, to try and win the Final Table jackpot with Sky Poker, you do need to be a Sky Poker customer. Join today to secure a Sky Poker no deposit bankroll and earn yourself £10 completely free of charge to trial the site with as a new customer.