After a break for a busy international period of games, we return to domestic action this weekend

with a full set of games in the Premier League. There are also a number of key games to look out for, including Manchester City facing a tricky trip to Leicester City on Saturday evening, followed by a big game in London as Arsenal host Liverpool.

With Manchester City already likely to be confirmed as Champions over the next few weeks, the real story for the rest of the season will be which teams land a Champions League qualification spot next season and there are a number of teams all hoping that they can force their way into the top four.

In addition, we will have the battle to avoid relegation to the Championship with a number of teams now being dragged into that dogfight at the foot of the table.

It is always nice to get back to Premier League action after an international break and with us entering the final quarter of the season, it is a crucial time of the year. Interest in the betting markets on the games this weekend is going to be high and as such, if you would like to join in the betting yourself and need a site to sign up with. The place to start for great Premier League betting across the season is the latest bet365 Welcome Bonus offer.

Remember also that if you live in the United States and are looking for a site that offers extensive sports betting coverage, news and promotional offers, as well as casino gaming and details about the ever-changing situation regarding sports betting and gambling across the United States, then bestbetusa.com is the perfect site for you.

It is a busy selection of Premier League games this weekend with all 20 teams in action from Saturday to Monday, so let’s take a look at the games we have coming up over Easter weekend and what our top tips are for each one.

I can’t really make much of a case for Baggies fans to be optimistic here. Since Sam Allardyce has taken over they have conceded fewer goals but wins and points are still few and far between. Chelsea are unbeaten under Thomas Tuchel and outside of Manchester City are the form team in the Premier League at the moment. West Brom have had some impressive away wins over the years but I can’t see them doing that here. Tip – Chelsea to win by a 2-0 scoreline – 5/1 with bet365.

Yorkshire derby games have been pretty rare in recent times in the Premier League and of the two teams contesting this one, I think that the home side are most likely to win this game. When Leeds have played well, they have been excellent this season, but I feel the Blades, now without a manager, have struggled all year long and not really made any real progress in addressing the issues they have faced. As such, this should be a comfortable home win in my view. Take Leeds to win 3-0 at 11/1. 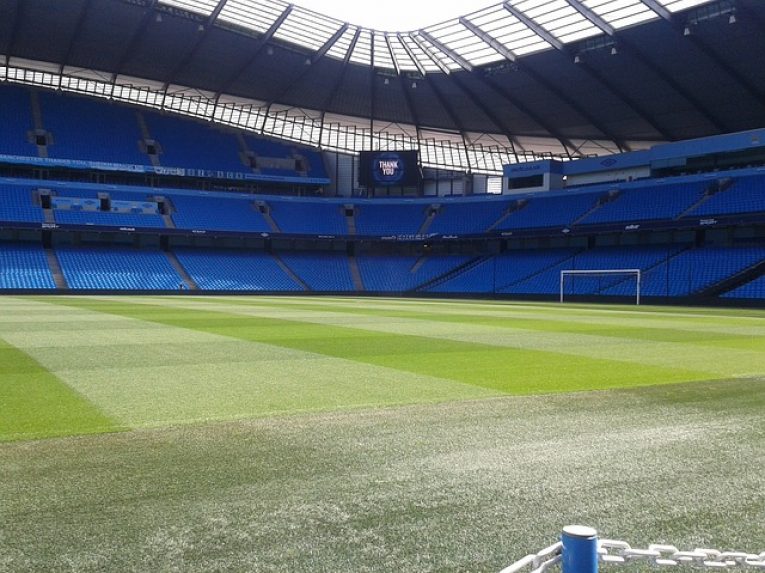 the Etihad earlier this season. However since then, while Leicester have remained in the top four, City have risen up the table to take a huge lead at the top on the back of a record-breaking winning run. Pep Guardiola will be very focused on tying up the league title as quickly as possible so he can focus on the Champions League and I think as a result, Manchester City will be very much motivated to land the win here. I am taking Manch

Arsenal have won three of the last four between these two teams, albeit two of those were wins via penalty shootouts in the Carabao Cup and the Charity Shield. Liverpool’s away form has been much better than their home form of late so they will probably be pleased this game is in London where they have won four times already this season (Chelsea, Crystal Palace, Tottenham and West Ham). The Gunners form is so up and down this is hard to call but I am backing Liverpool to just steal the win. Take Liverpool to win 2-1 at 9/1.

Although these two teams look well matched on the same points and with the same goal difference, the truth of the matter is that it is Burnley who have by far the better form over the last couple of months as the Saints slump has continued. Despite their FA Cup progress, Southampton have not managed to arrest a horrific run of results in the Premier League and I think Burnley are a team that are well set up to take full advantage, Back Burnley to win this one 1-0 at 10/1 with bet365.

wanting to sell and Steve Bruce not winning over many Newcastle fans. Spurs recent form has been better with four wins from the last five which has moved them up to sixth in the EPL table. I am backing Spurs to continue that run here with a win against a Newcastle side that are in real trouble. Take Spurs to win 2-0 at 7/1.

To me this game has the sniff of an upset result. Aston Villa have had a great season and done very well in the main but they have slipped up at times to teams lower down the table, especially at home. Fulham’s form has been much improved of late and I think Scott Parker’s side could well be in with a chance of landing the win here. There won’t be too many goals in this game but take Fulham to land a 1-0 win at 9/1.

Every so often banana-skin games crop up for the top teams and I have the feeling that this is one for United. After an international break, against a team who have played superbly away from home against top sides of late and who are in good form, I just have the feeling this game comes at the wrong time for United. Brighton though need the points to avoid the drop and I am backing them to land a stunning win here. Take Brighton to win at 19/4.

The Toffees would be much higher in the table if their home form had matched their away performances this season and they face a Crystal Palace side that has lost just one of its last five games in the Premier League. I fancy Palace, who should have Zaha back in the team, to pick something up here against an Everton team that have looked nervy at home. I can’t quite see that being a win, so I think a draw between the teams is a good selection and you can back the draw result at 12/5.

I think at the start of the season most experts would have had these two teams in each others place in the table. Wolves have been hit hard by injuries, notably to Raul Jimenez and his absence has seen Wolves goal output drop sharply. West Ham have enjoyed a superb season under David Moyes and they fully deserve to be fifth in the table. I am backing the Hammers to keep that fine run of form going by landing a win here by a 2-1 scoreline which is a 10/1 shot with bet365.