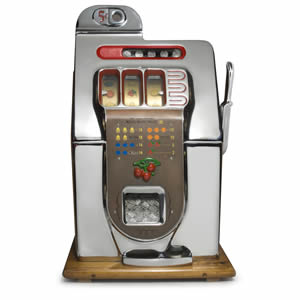 Everybody loves a free giveaway and its even better when you can participate in the aforementioned giveaway without any hassle whatsoever. Well if you are one of the many people who have joined the Bet365 Poker site via our fantastic Bet365 bonus referrer code page, then your account now grants you free access to another huge promotion.

The promotion is being run on Bet365 Poker’s sister site Bet365 Games, but the great news is you don’t need to open a new account. If you already have a Bet365 Poker account, then all you need to do is deposit or transfer cash into your Bet365 Games account and you can participate.

There are a million reasons as to why you should participate in this offer and we’ll explain them in more detail below, but first let’s take a look at one of Sky Poker’s less trumpeted offers, but one which is a particularly useful one to note if you like to get great value when collecting your Sky Poker Points each month.

Every month with Sky Poker, your real cash play earns you Sky Poker points. These are used predominantly to award players bonuses as part of the Sky Poker Rewards program, but they can 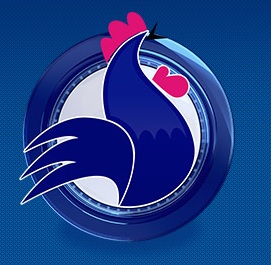 also be used for entry into many daily freeroll games, as well as occasionally offering you entry into specialist promotions.

As such, collecting Sky Poker points is an important aspect of the site for people who want to maximise their Sky Poker Rewards bonus each month, or who want to build up their points so they can play in as many promotional or daily freeroll games as they can.

However, did you know that you can boost the number of points you earn in any one particular day by up to 50% by playing cash poker against just a couple of other opponents?

This is due to Sky Poker’s Early Bird promotion and here’s how it works.

The only thing to remember about this promotion is that you need to play at a table where only three players or fewer are dealt into the hand. If four or more players play in any hand, then the bonus is not paid and you are paid out your Sky Poker points at the standard rate.

You can only earn this boost by playing at the cash tables, it is not an offer that can be used on Sit & Go tables or in Multi Table Tournaments. The good news for mobile players (Sky Poker offers extensive support for iPhone, iPad and Android devices) however is that you can access this offer from mobile without any problems at all.

Given that you can play through more hands more quickly with three players or less at the table, plus you’ll win more hands more often, this can be a fantastic way to really boost your Sky Poker Points balance every month.

Click here for all the latest Sky Poker no deposit bonus information you need about the site including details on how to join and receive a superb £10 no deposit bonus simply for signing up.

Before online gambling and the National Lottery became so popular, the biggest prize anybody could possibly win for a small stake was the football pools. The biggest used to offer a cash prize of over £1 million on many weeks and like now, this was not an inconsiderable sum.

The advent of online gaming made this, and even higher jackpots possible in some games, but very rarely there comes along a promotion which gives you a chance to earn your slice of such a huge amount of money. That is precisely what has happened this month on Bet365 Poker’s sister site, Bet365 Games thanks to its £1 Million Slot Giveaway promotion.

The first thing to note about this promotion is that if you hold a Bet365 Poker, or indeed any other Bet365 account, then you can participate in it without a problem. Simply deposit or transfer cash into your Bet365 Games account and you can play using your existing log in details.

The first thing to do however before you start playing, is to head over to the £1m Slot Giveaway promotional page and click on the yellow Opt In button. Once you have done this, you are officially logged in to the competition and now you can start.

The way the promotion is organised is into four weekly Qualification Periods. It started from the 11th May 2015 and will run through until the fourth and final Qualification period ending on the 7th June.

For each weekly qualification period, there are five Featured slots. All play on these featured slots during that promotional week will see players earn a prize draw ticket for every £10 that they wager on any of the slots that are featured that week. Only play on the named slots counts towards the promotion.

You can earn as many prize draw tickets for each prize draw as you like and every ticket you win is entered into the prize draw for that qualifying week, which takes place on the Monday after the qualification period finishes last thing on Sunday night.

The more tickets you have in the draw the more chance you have of landing a top prize and the more potential cash prizes you could win in that draw.

The dates of the Qualifying weeks, together with the five qualifying slots for each of the aforementioned weeks, are outlined below:

The clock is ticking and you can join in this promotion at any point, so why not give each of the featured slots a try and play at Bet365 Games this week? You could end up £10,000 richer if you do.