If you can cast your minds back a couple of weeks, we brought you some big news that Sky Poker had instigated an exciting new promotion offering players the chance to win one of many different poker packages to Sin City itself, Las Vegas.

Well, now loyal Bet365 Poker customers can also join in the fun as it has just been announced that Bet365 Poker will also be running a whole host of events over the coming weeks, many of which offer a top prize of an outstanding package to Las Vegas.

We’ll bring you more details on this exciting announcement, including how you could potentially earn yourself a fantastic package entirely for free, a little later, but first let’s take a brief look at some exciting news for mFortune customers, especially those who are playing via mobile.

Some good news this week for players at mFortune Casino and that is the arrival of two exciting new slot games, Quest For Fire and Buster Safe. 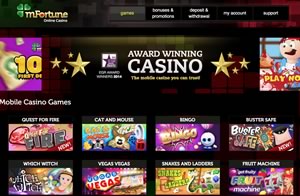 Quest for Fire is a 5-reel, 15 payline slot which allows players to wager between 10p and £10 per payline, which means it can be played by players on a small budget, or those with considerably more.  Quest for Fire is a progressive jackpot game, which sees you take on the role of Cavey, who is on a mission to locate the Fire Ruby and in doing so, win the heart of his one true love, Cavegirl.

The game features a host of bonuses, Wild symbols, plus a free spins bonus round which can award between 10 and 100 free spins and allows you to ramp up big wins.  There are also two bonus games, Rock’s Cafe and Rock n Roll which both offer the chance to earn big cash prizes of up to 1500x your initial wager.

Buster Safe is, as the name suggests, based on a bank robbery theme and it is a slot that can be played for just a few pence per spin, up to £75, depending on the size of your bankroll. It is a 5×3 reel slot with 15 paylines available.

The games features lots of additional features including Wild symbols and of course, a free spins round, which allows the user to trigger between 5 and 9 free spins.  The biggest win possible on the base game is £150,000, however it is a progressive jackpot game and there is the possibility that the progressive could rise higher than that.

There are also three mini-games available, The Getaway, Print Hacker and Safe Cracker which also allow the players the chance to win big sums.

At the moment, only mFortune mobile casino users can access these new games, although those who prefer to play via a PC or laptop will soon be able to play the game according to a notice on the mFortune website, although no date for this has been confirmed.

When it comes to high quality slots you can’t find anywhere else online, mFortune does offer a great service to casino fans, so why not try out these two new slots today, alongside the companies existing portfolio of games.

Don’t forget to check out our dedicated page which details all the top mFortune no deposit bonus information you need to get playing on this exciting casino site quickly and easily. Click on the previous link to take you to the page and you can get started. 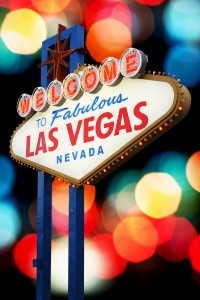 A few weeks ago, we announced that Sky Poker had started a Las Vegas-themed promotion that saw a number of different packages to the Sin City, including accommodation, buy in to a top poker event, travel money and expenses, plus plenty of other treats all available to be won.

This week however it is the turn of the popular Bet365 Poker to announced that it is running its own €180,000 Viva Las Vegas Freerolls promotion.

This promotion runs alongside a number of different satellite events, all of which offer users the chance to satellite through the rounds to the Final, where one of the prize packages, estimated to be worth at least €5,000 is available to be won.

However, the Freerolls promotion is slightly different to the satellite events. In order to qualify for a freeroll tournament token, you need to deposit at least €10 into your Bet365 Poker account during the qualifying period, and then you also need to earn 15 Merit Points or more over the same qualification period. Once you have achieved both of these milestones, you will be rewarded with a freeroll token into the next Las Vegas Freeroll.

These Freeroll events are held at 16:00 GMT each Sunday from the 5th April through until the 24th May. Each freeroll in April has a total prize pool of €25,000 broken down into:

The freerolls in May have a slightly different prize package structure available, this time worth €20,000 in total with prizes as follows:

The prize package available to be won as a top prize in each freeroll really does offer the lucky winner a chance to experience Vegas poker like never before. Each Las Vegas package consists of:

Remember if you want an outstanding bonus offer Bet365 no deposit free €5 deal is still one of the best around for poker players and, whatsmore when you make your first deposit, you could earn up to an additional €100 when you join. Click on the previous link to take you to our dedicated Bet365 Poker page where you can sign up right now.